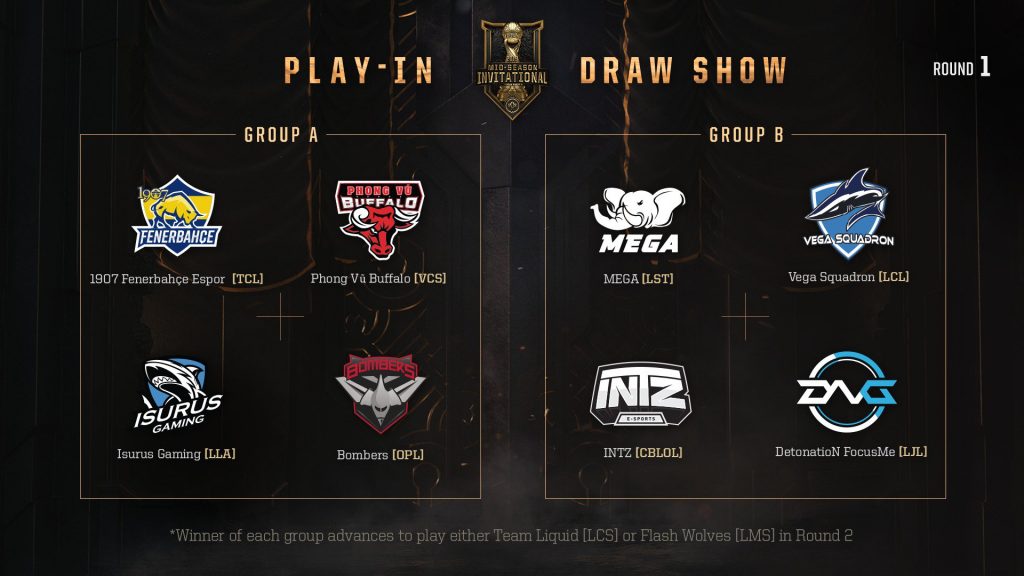 Group A of the MSI Play-In Stage appears to be the "group of death" with two of the favorites in the grouping. (Image courtesy of LoL Esports)

The Mid-Season Invitational Play-In Groups have been decided. The eight teams, representing eight different regions, were drawn into two groups of four with the winners moving on to the MSI Play-In Knockout Stage.

Group A, which has already been christened the “group of death” for this draw, will be comprised of 1907 Fenerbahce (TCL), Phong Vu Buffalo (VCS), Isurus Gaming (LLA) and Bombers (OPL). 1907 Fenerbahce and Phong Vu Buffalo were seen as two of the strongest teams entering the tournament but now must do battle in the group stage to stay alive in MSI.

Group B had a much more forgiving draw for the teams. Group B consists of MEGA (LST), Vega Squadron (LCL), DetonatioN FocusMe (LJL) and INTZ (CBOLOL). Though this group is wide-open, Vega Squadron will likely be seen as the favorites.

The MSI Play-In Group Stage takes place from May 1-4 with each day of the event featuring six games.