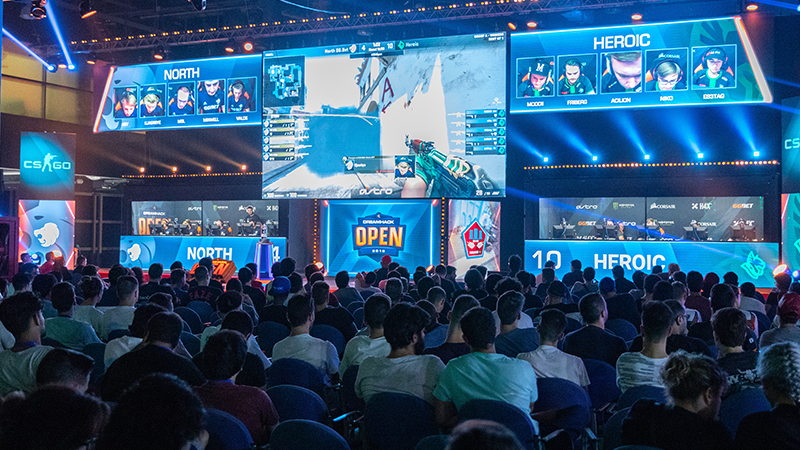 East Germany is buzzing with Counter-Strike action as DreamHack Open Leipzig gears up to enter its playoff stage this Sunday. Only four teams remain in contention for the lion’s share of a $100,000 prize pool and a direct invite to DreamHack Masters Jönköping in May. Let’s take a look at the tournament thus far, and who will have the upper-hand moving into the playoffs.

The (Second) Best Team in Denmark

MAD Lions erupted onto the CS:GO scene at the start of the year, carrying on with that momentum as they booked an early slot into the semifinals at Leipzig.

The Danish roster signed on with MAD Lions from Tricked Esport in mid-December, proving a great investment thus far as they establish themselves as a strong presence in Europe. The group debuted on LAN Friday against Heroic. The best-of-one match up saw the Danes overtake their opposition 16-10 on Dust II. Lucas “Bubzkji” Andersen shined bright in their opening match, swaggering a 123.2 rating and helping MAD Lions drive home the win. 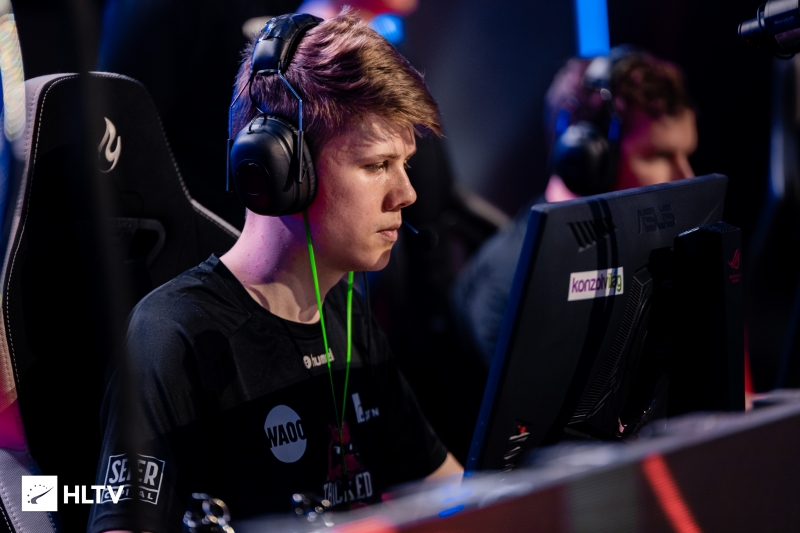 MAD Lions proved to be the better Danish team in the group stage. (Photo courtesy HLTV)

Bubzkji’s theme of dominance would carry on in his next match where they clashed with North in a Danish derby. Both groups are currently fighting for the title of second best team in Denmark with respect to Astralis – setting the match tone well before the players loaded into the server.

A tight first half saw MAD Lions leading by one round as they transitioned onto the CT-side of Mirage. A boned up defense would leave little room for North to attack the bombsite, resulting in a frag-heavy second half. North, with so little to work with, ultimately would concede to a 10-16 loss against MAD Lions. Bubzkji would top frag yet again with a 113.2 rating, leaving space for Fredrik “roeJ” Jørgensen to showcase some skill with a +8 ratio.

Following their match against North, roeJ stepped aside to share some of his match-winning insights, saying: “We are really confident on some of our bigger maps. I think we’re going to catch a lot of teams off guard with this. We are [the] number two team right now.” – In reference to MAD Lions race against their Danish rivals.

Going BIG in the Server

German side BIG kicked off the new year with a variety of instrumental changes to the team’s core.

For one, the team parted ways with British AWPer Owen “smooya” Butterfield, picking up Florian “syrsoN” Rische and Nils “k1to” Gruhne in the process. Furthermore, the team’s former player Tobias “gob b” Herberhold rejoined BIG in a coaching role. Needless to say, expectations were up in the air coming into the group’s first LAN appearance at Leipzig.

BIG’s opening match pitted them against a revamped Virtus.pro roster on Inferno. An aggressive offensive charge led by BIG’s in-game leader Johannes “tabseN” Wodarz gave the German band a sizable 10-5 lead at the half. As their name would suggest, the team was collectively stringing together big plays, such as Tizian “tiziaN” Feldbusch’s ruthless three-piece on the T-side, to win them the match.

BIG would move onto the winners’ match to play against an injured Renegades roster next. The Australian group which recently lost the spirit of its team after Oliver “DickStacy” Tierney announced his resignation earlier this month has had bleak skies flying overhead since. The Germans would take full advantage, wasting no time as they skated through Renegades on Nuke in a decisive 16-8 victory.

The win would book BIG’s slot into the semifinals at the DreamHack Open Leipzig, but far from guaranteeing their trophy-hoisting finish at the tournament. Tough international challengers in the form of MAD Lions and Heroic will be looming.

The Australian group would round out the first day of DreamHack Open Leipzig with a 1-1 record; trouncing Cloud9 in a decent display but falling to BIG in the aforementioned match up.

Cloud9 played in the following game, toppling Virtus.pro in the elimination match and staging their grudge match to decide who would make the playoffs in Leipzig. Map one took the pair to Inferno where matters were extremely close at the half. As Renegades took to the T-side, mistakes were limited and firepower was off the charts as they outgunned Cloud9 on every occasion.

Dust II looked even better for Renegades, who took a commanding 12-3 lead in the first half of the match. Even with a strong breakout, the Australian’s CT-side was notably rocky in the next half. A wobbly-looking defense had allowed Cloud9 to make a real case for a comeback, narrowing the scoreline to 12-15, before Renegades were able to close the match out.

Sunday, Renegades will have to go toe-to-toe against the hand that dropped them into near elimination – BIG. The two met earlier in the bracket on Nuke where BIG put the clamps down on the Aussie squad. This time around the pair will play a best-of-three with a bit of extra pressure in the playoffs. With such fundamentally different teams and so little data to pull from, it’s difficult to predict whether or not Renegades can claw their way back and edge past BIG in this upcoming match.

Following a heartbreaking loss to rivals MAD Lions, North found themselves in the decider match at the DreamHack Open Leipzig against another Danish challenger, Heroic. Both teams suffered a 10-16 loss to MAD Lions and were able to convincingly ease past Sprout in their day one matches. Yet, both their tournament lifelines would boil down to this best-of-three.

Nuke kicked off the action between the Danes. North instantly took a sovereign clutch of the map, putting up an unbreakable CT defense leaving Heroic hopeless as they switched sides. North’s decision to drop Jakob “JUGi” Hansen in favor of in-game leader Mathias “MSL” Lauridsen just a few weeks ago was a notion welcomed by most North fans. The 25-year old Dane who helped North reach peak form in 2018 was back and firing on all pistons in their match against Heroic. Their opposition had pulled back with intensity in the following half – though, North was able to close out the first map by means of a bullish A-site rush.

North opted to play on Overpass next, a decision which drew a bit of sweat for the Danish side as the map was brought to a near even scoreline at the half. Towards the end, North began pushing Heroic’s back up against the ropes, stealing a few late rounds to bankrupt their opposition’s economy and give them the upper-hand late in the game. As North got comfortable, Heroic began taking shape, pushing a match initially in North’s favor into a tense overtime scenario. Heroic was able to close Overpass out in 22 rounds, pushing the series to Map Three on Train.

Heroic has a more methodical style that traditionally offers an advantage on Train – an attribute we saw in play on Map 3 where they took a lofty 13-2 lead in the first half. Heroic kicked off the round with a big pistol win partially thanks to Marco “Snappi” Pfeiffer that had practically sealed the deal, winning them the series in the next round.

The win would book Heroic’s stake in the playoffs where they’d face BIG for the first time in the tournament.

The DreamHack Open Leipzig 2020 playoffs will kick off on Sunday, January 26th.

The playoff matches will show: