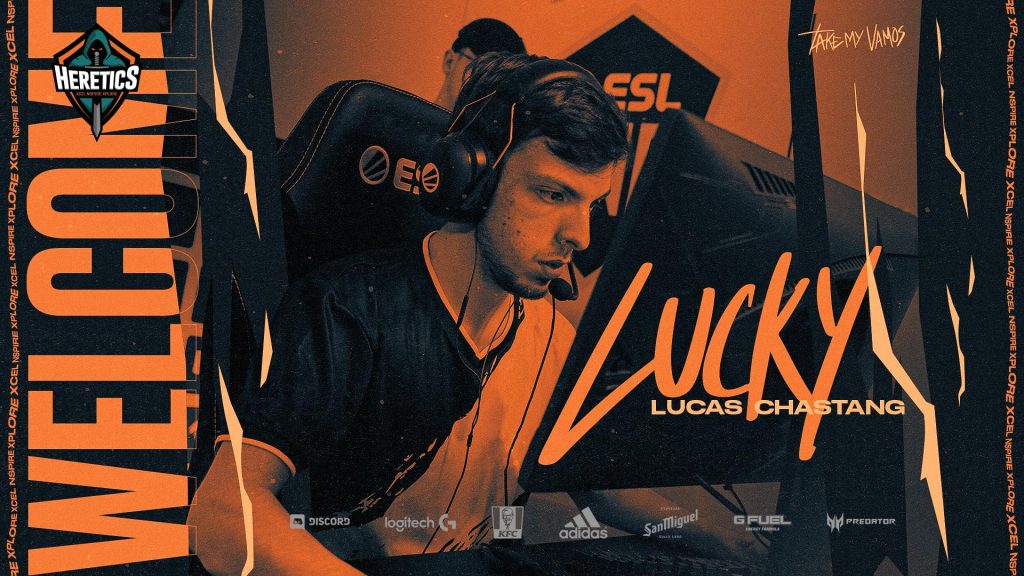 Upon arrival, Lucky will reunite with his former 3DMAX teammates David “Davidp” Prins and Bryan “Maka” Canda, whom the hybrid rifler had played alongside during his six-month tenure with the team. The 21-year old had spent the last ten months with G2, aiding the team in qualifying for two Major championships and a second-place finish at the ESL Pro League Season 9 Finals, which led to an exhilarating grand final against Team Liquid.

Captain and in-game leader Davidp welcomed Lucky to Heretics in a tweet, saying: “Our new and last addition to the team, been playing with him in the past for 8 months it is with [a lot] of pleasure to play with him again. Now that our roster is finally completed we’re ready to grind the game.”

The newest edition of Heretics have plenty of outings ahead of them as they compete through a number of tournaments including ESEA MDL Season 32 Europe, WePlay! Forge of Masters Season 2 and the European Champions Cup, which would pit the group into the freshly announced Champions Cup Final to compete for US$300,000.

With the inclusion of Lucky, Heretics now is: