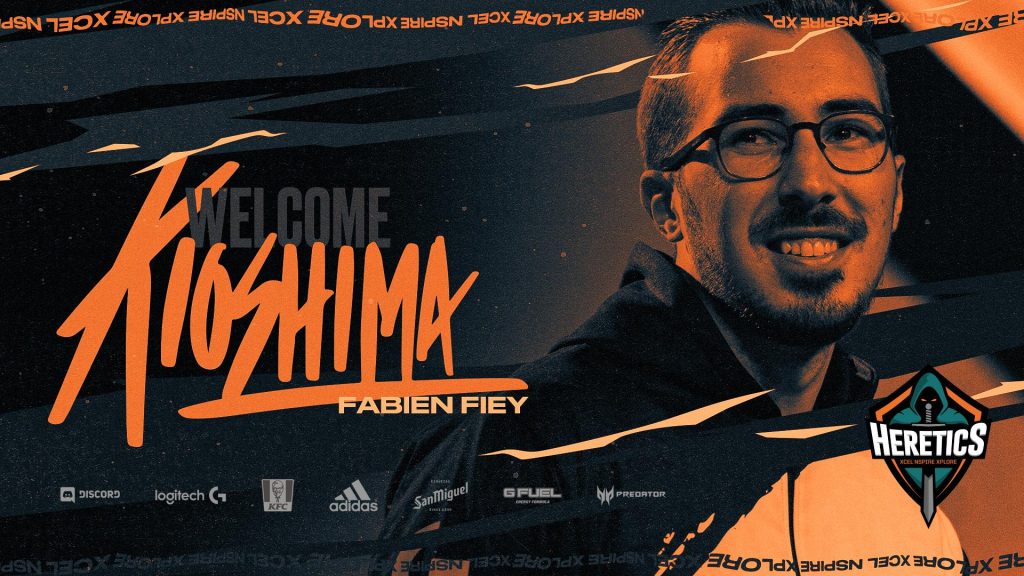 Heretics have recruited a new rifler. (Image via Heretics)

French rifler Fabien “kioShiMa” Fiey has joined Heretics on a reported two-year contract in place of Jérémy “jeyN” Nguyen, who will move to a reserve position.

Following a lengthy period on ice as the Frenchman stood in for Cloud9 and most recently G2 at ESL New York 2019 – helping them land a fourth-place finish – kioShiMa has found a new home with Heretics. The signing marks kioShiMa’s first full-time residency with a team since departing Envy in June 2018.

In an interview last week prior to joining Heretics, kioShiMa spoke on the last year and bettering himself while being sidelined: “I don’t regret anything and fixed a lot of health and personal issues while I was out, so I feel better than ever and it’s just about getting back into CS. ESL One New York was a good feeling.”

Heretics currently ranks 39th on HLTV.org, meaning the two-time Major winner will have some work to do if he plans on developing the organization into a top team.

Heretics will carry on with kioShiMa and company in ESEA MEDL Season 32 Europe, which the team is currently positioned in fourth place behind HAVU, AVANGAR and forZe.

With the addition of kioShiMa, Heretics now fields: