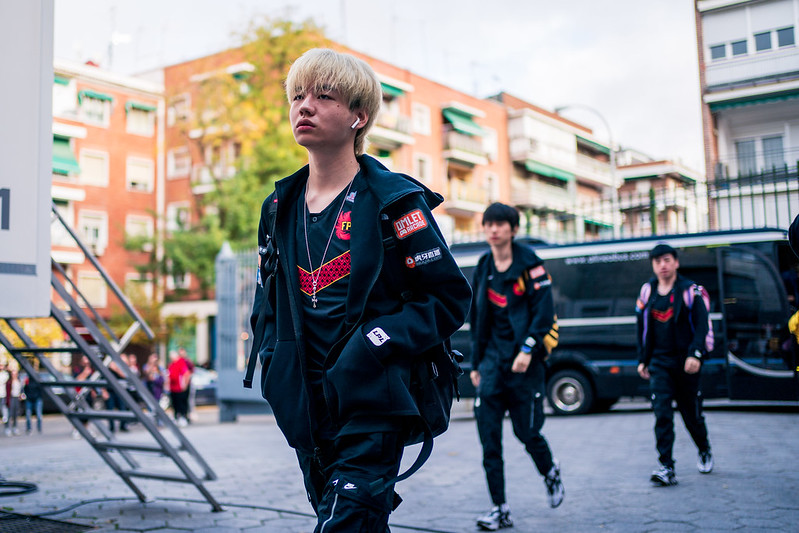 It was not a good start to the season for FunPlus Phoenix. (Photo Courtesy Michal Konkol - Riot Games)

We’ve wrapped up the opening week of the LoL Pro League (LPL) 2020 Spring Split. There were several upsets in the first week of pro play, most notably FunPlus Phoenix shockingly starting their title defense 0-2. We take a look at where things stand in the LPL by looking at the top story lines so far in China.

PHOENIX TURN BACK TO ASHES

The reigning World Champions were one of the biggest winners this offseason by convincing Kim “Doinb” Tae-sang to return for another year. The team also signed Kim “Khan” Dong-ha away from T1. After playing their academy team during the Demacia Cup, the last image in our mind of FunPlus Phoenix was their dominating performance over G2 Esports in the Grand Finals. If FPX were untouchable in 2019 and only got stronger by addition, how would the rest of the world compete?

Invictus Gaming opened the LPL season with a statement, toppling FPX in three games to hand them only their second match loss since Spring 2019. IG’s revamped bot lane of Ding “Puff” Wang and Su “Southwind” Zhi-Lin outshined FPX’s duo, turning around the advantage that FPX held over iG last year. Gao “Ning” Zhen-Ning may have continued his struggles, but iG elevated their play with Lu “Leyan” Jue substituting in for game three. Even with their new toy Khan, Kang “TheShy” Seung-lok is still the undisputed best top laner in the LPL.

While it’s disappointing to lose their first match, FPX can be forgiven for losing to iG. Losing to eStar, the newest LPL team featuring a roster of unproven players, is a different story. FPX looked nothing like themselves in the loss. Gao “Tian” Tian-Liang did his best Ning impression in game one, getting caught over and over again as eStar pulled off the creative pickoffs that once defined FPX. Similarly in game three, FPX were caught in a four-man dive bot lane play that they perfected in 2019, losing four members for only one eStar player. FPX got schooled on their signature plays by a team competing in the LPL for the first time.

That said, it wasn’t all bad for FPX in the opening week. Khan’s addition opens up a new dimension for the team, and that was on display in game two against eStar. His 11/3/9 Fiora split push carried a game eStar looked otherwise poised to win. The coordination with the split push clearly needs work, but it’s a play style and win condition that isn’t really available to FPX with Kim “GimGoon” Han-saem in the starting lineup.

Fortunately, FPX have a couple of weeks to regroup as the LPL takes a break for the Chinese New Year. They’ll be back in action against LNG Esports on February 9th at 4 a.m. EST.

ARE ESTAR FOR REAL?

While the focus around the world will mostly fall on FPX’s struggles against eStar, it’s only fair to talk about how well eStar have played in their opening week. They began their inaugural season with a clean 2-0 win over Rogue Warriors, featuring a pair of stud performances from former Royal Club members Yuan “Cryin” Cheng-Wei and Zhang “Wink” Rui. Acquired from RNG in the off-season, Cryin and Wink dominated in their first series as LPL starters.

As impressive as their carries were against RW, the ensuing 2-1 win against FPX stood out for eStar’s impressive team play. We talked about how FPX got a taste of their own medicine from eStar’s picks and dives, but consider how impressive that is for a team that was put together late into the off-season with no LPL experience. eStar imported Liu “ShiauC” Chia-Hao from the LMS and he’s fit in seamlessly, going for aggressive engages on Leona with immediate follow up from his teammates.

FPX cemented themselves as one of the most well coordinated teams of all time during their run in 2019. So what does it mean that eStar ran circles around FPX in map play? Sure, there was bound to be a hangover period for FPX coming off a title and an adjustment period to integrate Khan. But that didn’t mean eStar would come out of the gate looking this good. Even as they got pulled apart by Khan’s split push in game two, eStar were taking mid game fights while down gold and winning them.

Owner and former iG top laner Liu “PDD” Mou had been trying to get into the LPL for years with Young Miracles, but was always known for having a keen eye for talent. Ning, Tian, XLB, Shi “Ming” Sen-Ming, and Zhuo “knight” Ding were all developed on YM before becoming stars in the LPL. It seems at this early stage PDD has struck gold again in picking up Cryin, Wink and Yang “Xiaobai” Zhong-He from RNG in exchange for XLB.

League of Legends’ newest champion Sett made his debut in professional play this week. He was picked twice: once by LNG Esports’ Li “Flandre” Xuan-Jun, and once by JD Gaming’s Zhang “Zoom” Xing-Ran. As expected, Sett was played as a top lane bruiser in both games. Flandre blind picked Sett in game one against Top Esports, allowing Bai “369” Jia-Hao to counter pick with Vladimir. Hung “Karsa” Hao-Hsuan’s Gragas visited top at level four to pick up an easy kill on the low mobility Sett. Flandre later executed a beautiful teleport flank at 20 minutes, using The Show Stopper to crowd control TES’ entire team as LNG finished mountain drake.

Still, the drawbacks of Sett in an unfavorable match up were highlighted this game. 369’s Vladimir was allowed to free farm the entire early game, making him a late game monster that Sett could neither match in team fights or in split push. Sett’s low mobility and range also got Flandre caught out twice, allowing TES to push for objectives.

Zoom’s matchup against Team WE’s Park “Morgan” Gi-tae went better. By getting a favorable match up into a tank, Zoom was able to generate a big CS lead and push down top turret early on in the game. With a lead, he grouped with his team to force fights with massive area of effect crowd control and damage. Zoom finished 2/1/12, dealt nearly as much damage (14.4k) as both ADCs, and picked up MVP of the game.

It’s the battle of undefeated teams and LMS imports. Bilibili Gaming’s mid laner Chu “FoFo” Chun-Lan has picked up where Lee “Kuro” Seo-haeng left off in spearheading BLG’s attack. His matchup against Cryin should be a good litmus test for where the pair stands as new LPL mid laners. ShiauC will look to command the bottom half of the map and again be the main engage for eStar.

It’s not exactly a must-win scenario this early in the season, but it must feel like it for FPX after they dropped as many games (four) as they did in the entire Summer Split. Khan will face off against Flandre as he gets another tough lane match up to open his LPL career. LNG will need Huang “Maple” Yi-Tang to step up and play like he used to internationally on Flash Wolves against Doinb.