Everything We Know about Sett, LoL’s Newest Champion 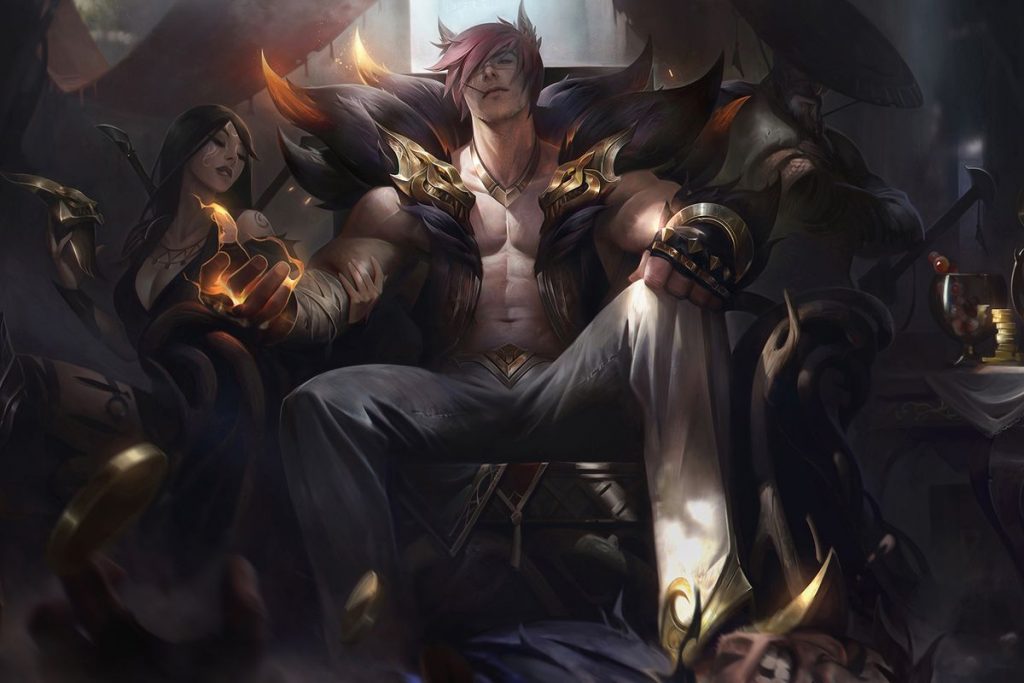 After brawling in the Noxian fight pits, Sett demanded control of the arena and fought for that right (Image via Riot Games)

Just one day after the release of Aphelios, Riot have already announced their next Champion. Meet Sett, The Boss.

According to his League of Legends Universe page, Sett is the son of an Ionian Vastaya mother and Noxian Human father. Due to the taboo of his parents’ union, he was shunned by those around him. Once his father disappeared, Sett became disillusioned. He was drawn to the Noxian fight pits where his father once brawled in. After climbing his way through the ranks, Sett demanded control of the arena and fought for that right. He was victorious, earning the title of Boss.

Sett’s basic attacks alternate between a Left and Right Punch, always starting with his Left. The Left Punch is a normal auto attack, while the Right Punch comes out faster and deals 5-90 (+15% total AD) physical damage. He has two seconds to use his Right Punch after using a Left, otherwise, it resets. Sett also gains extra health regeneration per 5% missing health (based on level).

Passive: Sett stores 100% of damage taken as Grit, to a cap of 50% of his max health. Grit decays quickly 4 seconds after the damage was taken.

Sett grabs an enemy champion, carries them forward, then slams them into the ground. All enemies near the impact take 200/300/400 (+100% base AD) (+40/50/60% of the grabbed enemy’s bonus health) physical damage and are slowed by 99% for 1.5 seconds. Enemies take less damage the further they are from where Sett lands.

Sett is an attack damage-based melee bruiser who fights with his fists. His abilities have no cost, as he will take advantage of a unique Grit mechanic in his resource bar. He will likely be played in top lane. Mid lane and jungle will be more difficult due to his high cooldown spells and lower mobility, making wave clear and jungle clear difficult.

Sett’s build will be versatile, likely with a Trinity Force and Sterak’s Gage core. Since Attack Speed will boost his Passive Punch output and his Q is a spammable auto attack steroid when maxed, Tri-Force is perfect for him. His kit does lack built-in sustain, only having a situational shield. Because of this and his need for Cooldown Reduction, Death’s Dance could be a good snowball item. If he wants to split push, Sett would likely need a Tiamat item to keep up in wave clear. Due to this, his niche could be in team fighting as a diver.

Sett does boast a small amount of mobility and crowd control from his E and R. His team fight and skirmish potential will be decent, mostly being an engage tool himself. Since his R does extra damage on his landing spot which scales off of his target’s bonus health, he could jump a tanky front-liner and ride them to the backline for a stylish burst of damage. From there, Sett can go for a multi-man stun giving his team time to follow up.

Overall, Sett is one of the simpler champions Riot have come up with recently. His kit isn’t overloaded with sustain, gap closers, crowd control, stealth, or any combination of oppressive mechanics. Depending on his damage, he could be a medium skill cap bruiser with the potential for big plays. In the end, Sett is just a big man who loves to fight. His gameplay is simple yet complex enough to be enjoyable for those playing as and against The Boss. Much of his optimization will be things like well-spaced autos and skill shot usage. Hopefully, he will bring as much excitement to League of Legends as he does to the Noxian arena.