How Sett Will Fit Into Competitive League 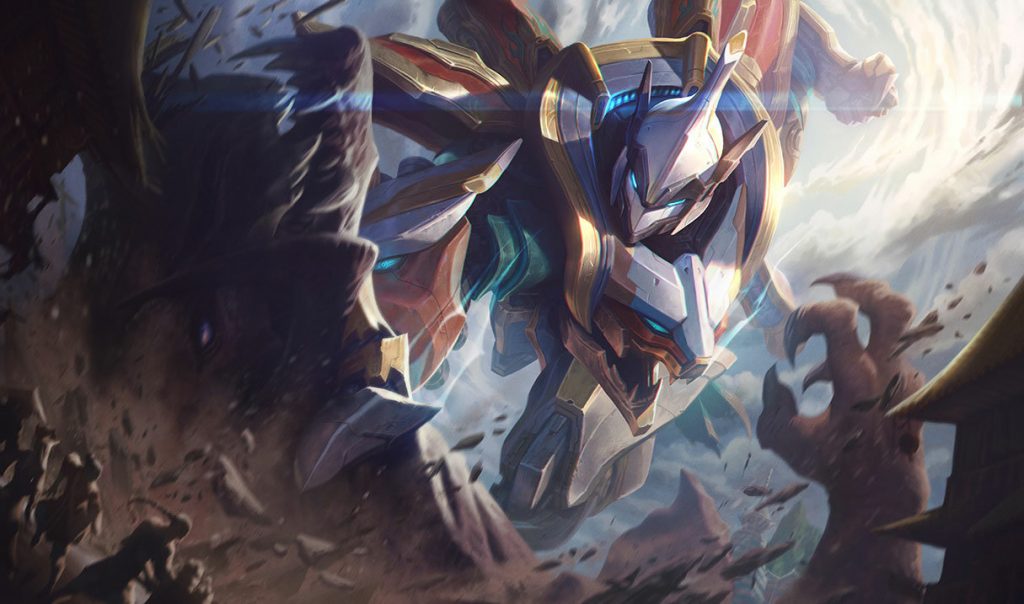 Sett was released in patch 10.1 but won't be available in competitive play until week two of LEC and LCS. (Photo courtesy Riot Games)

League of Legends’ newest champion Sett was released as part of Patch 10.1 on Wednesday. Currently disabled, Sett will not be available to play until week two of LEC and LCS, which begin next week. While we’ve covered everything you need to know about his abilities and kit, we now take a look at how he might fit into competitive LoL.

To figure out Sett’s pro potential, we first have to decide on his role in-game. As a melee juggernaut, Sett disqualifies himself from being a bot lane carry. Though he has suppression on his ultimate and another short cooldown crowd control ability, he’s too item-reliant to play a traditional support role, so we can rule out bot lane in total. Sett should also struggle with wave clear until his Haymaker is leveled up, ruling jungle out.

That leaves the two solo lanes. Of the two, Sett is a more natural fit top lane. Being a melee champion with a movement speed steroid on Knuckle Down, Sett wants to be running down enemies in the longer lane. Mid lane would open him up to being easily kited by ranged champions from the safety of their turret. 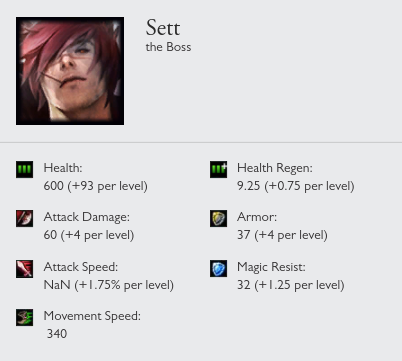 When to Draft Sett

With those tank-busting traits, Sett is a no-brainer counter pick to tanks. His availability will give teams more pause to drafting an early top lane tank and may slightly influence teams to save their final counter pick for top lane over mid lane.

The problem, for now, is that few tanks are currently being played top lane to begin Season 10. Ornn has seen renewed play with the changes to Conqueror, but otherwise top lane remains dominated by fighters and ranged poke. Sett doesn’t have the sustain to trade effectively against poke champions, so he’s not a champion meant to be blind-picked.

That lack of sustain also makes him a hard sell against others in the fighter/bruiser category. Yes, he gets extra health regeneration from Pit Grit, but that doesn’t pack the same punch as something with lifesteal or spell vamp. Couple that with his lack of dashes and general mobility, and you have a champion that is easy to push out of lane at the competitive level.

Sett fights with the strength of his fists, knocking foes down on his way to the top!

Outside of drafting for lane, Sett should be avoided against teams with heavy kiting potential. Melee champions without dashes struggle to access fights, especially when the enemy team is full of range and disengage. Instead, Sett can be used against teams that want to fight front-to-back by using The Show Stopper on an enemy frontliner.

After listing all the reasons Sett’s design lends himself to being a niche counter pick, we’re also here to say that release-level Sett is pro play worthy on Patch 10.1. Why? He has great numbers. Basically, Sett does too much base damage before even factoring in his tank-busting stats. Players have realized maxing Haymaker gives extra true damage, cooldown, and gives Sett strong ranged poke in lane.

In the off chance he gets tuned down before he gets unleashed in competitive play and ranged tops remain the norm, he’ll have a tough time finding a place in the meta. But as things stand, Sett is a powerful, mana-less laner who has a very easy kit to pick up. It wouldn’t be surprising to see him making an early impact on the competitive scene in Season 10.