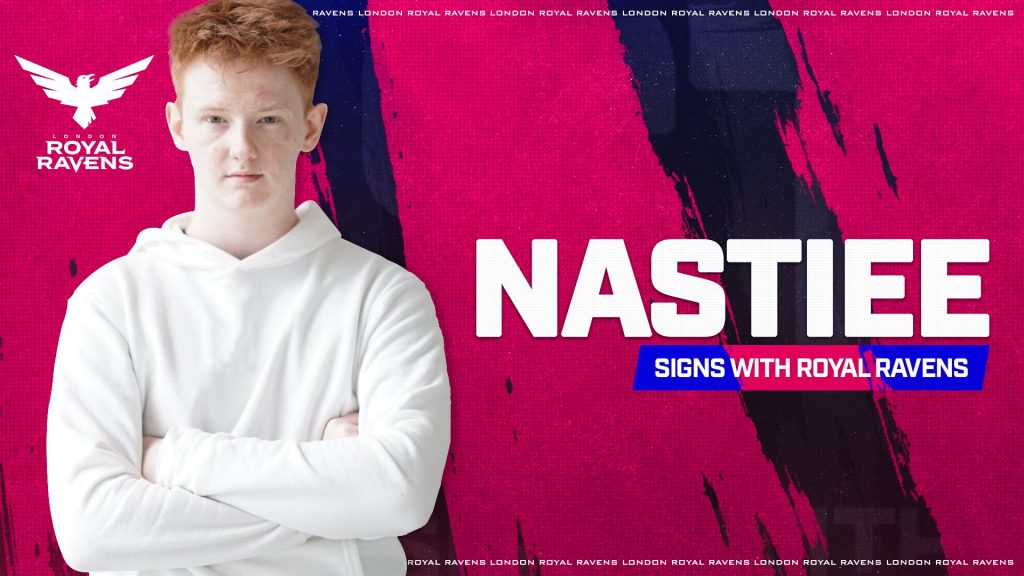 The London Royal Ravens Call of Duty League team has added Bryon “Nastiee” Plumridge to it’s starting lineup. It is unclear who he will be replacing at this time.

We are delighted to announce the addition of Byron " @Nastiee_ " Plumridge to our starting roster, pending league approval.#6thRaven #LRRWIN pic.twitter.com/oxehTeeknE

There are rumors that Nastiee will be replacing Rhys “Rated” Price, but there is currently no official source that confirms that. Rated has played at every event London has participated in so far this season.

Nastiee has not played on a professional Call of Duty before but has made a name for himself in the amateur circuit. He won the CWL Amateur Finals in 2019 with fellow Ravens player Sean “Seany” O’Conner. Ben “Bance” Bance was also a part of the amateur lineup and is now a professional player for Toronto Ultra.

Nastiee also placed second at the CDL London Open 2020 earlier this year, and most recently won the Challengers event in Paris earlier this month. The young star might be the change needed to help London move up in the Call of Duty League rankings.

The London Royal Ravens are currently 4-4 and are in seventh place in the Call of Duty League. They won their first match of the season during the Call of Duty opening weekend but were defeated by Paris on day two. They had a much better performance during their home series but were ultimately eliminated Dallas in the semifinals. London also lost two out of three matches at the Atlanta home series and have not found their groove so far this season.

The Call of Duty League has moved to an online only format in response to growing concerns surrounding the coronavirus, so Nastiee will make his professional debut in an online match. The dates of future matches have not been released yet, but they will likely take place at the same time of the scheduled home series events.