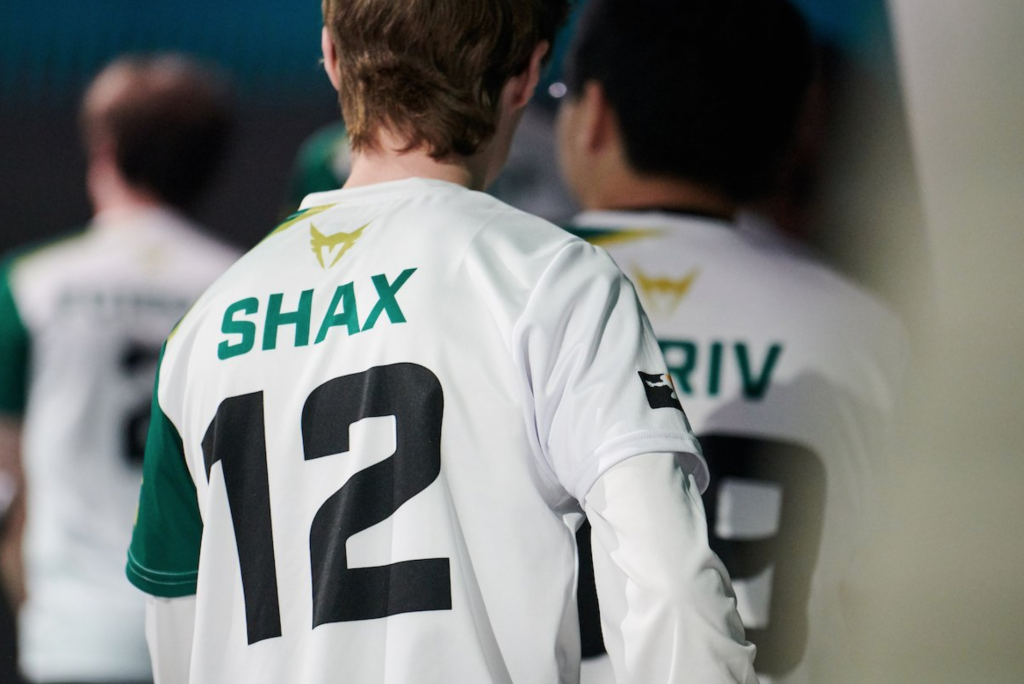 The LA Valiant rose from the ashes of an abysmal 0-7 start to the season to the Stage Three semifinals, shocking the Hangzhou Spark Saturday.

The Stage Three Quarterfinals have brought us some incredible Overwatch but more so, it’s demonstrated how hungry teams are for a win. There’s not a person in the league who can claim that they knew the Shanghai Dragons would beat the New York Excelsior if you had asked them in Stage One. And I think the argument stands that no one could have predicted that the LA Valiant were good enough to make it to the semifinals of the Stage Three Playoffs, but they did just that Saturday.

Dragons Break Through To Semifinals

So let’s talk about day two of the quarterfinals and how the night turned out for the winners and losers of the Stage Three Playoffs.

One of my favorite things to do during a match is to check the reddit board for what spicy hot takes are taking place in /r/Competitiveoverwatch and boy – did some fans have some hot takes that left me quaking. One user by the name of crediblepuma801 had this to say about the Seoul’s performance on Volskaya, “Seoul grabbed defeat from the jaws of victory with that Volskaya performance.” And you know what, that could be the byline for the entire series. Every single map was lost by one point – a single point.

On Oasis, the Seoul Dynasty had an awkward way of approaching the map. In the University, Seoul was the first to get to 99% but they lost it to Shock after a mismanaged EMP ult by Fits and an early Valkyrie by Jesse. Seoul won Oasis but there were definite issues in their strategy and team communication.

Numbani saw the Shock bringing their signature composition featuring Rascal on Baptiste to the map. Rascal on Baptiste easily took a 1v1 against the Wrecking Ball early in the match and that perfectly encapsulated how the match went. The Shock had a clean and methodological approach to their attack and their defense whereas the Dynasty were everywhere, and sometimes nowhere when they were forgetting to just TOUCH the payload.

Both Volskaya and Dorado were maps that could have easily been contested had the Dynasty played a little cleaner, a bit more aggressive, and a tad more coordinated. Playing against the Shock really demonstrated a visible difference between Stage Champions and the rest of the league. They face the LA Vaillant in the semifinals to see if they can make it once more to the Grand Finals and potentially bring home a second Stage Playoff victory.

The LA Valiant have had the quickest turn around in the Overwatch League’s history – or at least it feels that way. They went from 0-7 in Stage One to 3-4 in Stage Two and then a solid 5-2 in Stage Three. Valiant fans always knew they had it in them but the rest of the league wasn’t quite sure. But after yesterday’s matches, there’s no doubt that the Valiant have found their groove. The series between the Valiant and Spark was a long one. After the new playoff rules came into effect this stage, the Valiant and Spark were the first team to go to a Game Five to determine the winner.

The series started on Ilios which was a hard-fought map with both teams flipping the point to push their percentages to 99% a piece on Ruins. Spark players dove the point in Overtime while the Valiant held strong attempting to win the point in overtime but with just a lone Widowmaker and a Winston rushing from spawn. In a similar fashion, the Spark were unable to get to the point on the Well once the Valiant had reached 99%.

Hollywood and Paris were both wins for the Spark with Guxue delivering devastating blows on Winston, donned in the amazing pink and blue colors of the Spark. Guxue literally held the Valiant at the spawn, just waiting outside the barrier for any player trying to get to the payload. It’s safe to surmise that Guxue on Winston won the Spark both Hollywood and Paris with some absolutely stellar Primal Rage usage and unrelenting aggression.

On Havanna, the Valiant needed to tie the series otherwise they were going home. It was not an easy win for the team with the Spark delivering quality support ults timed perfectly together. It all came down to a single teamfight with the Valiant defended the Spark from a point C and thus a map win. The Valiant managed to stop the push and win the map 3-2 pushing it to Overtime.

Well there’s a first time for everything

Oasis was a good map for the Valiant – although it was heavily contested. The first point went into Overtime with both teams at 99% but with four players dead, the Valiant won the point on Gardens. The teams moved to the University where the Valiant were determined to win. With an insane last-minute overtime, five player wipe by the Valiant, LA stole the Spark’s record of being undefeated in a map five series and locked in their semifinal match against the Shock.

The Valiant deserve all the credit for really crushing it this Stage. It’s as if the Valiant have adopted the mentality from one of the best Captains in the Galaxy, “Never give up. Never surrender”. We can’t wait to see how they fare against the Shock and if they’ll bring that energy to the most important match in their Season Two careers.