LA Valiant – How They Went From Awful to Awesome 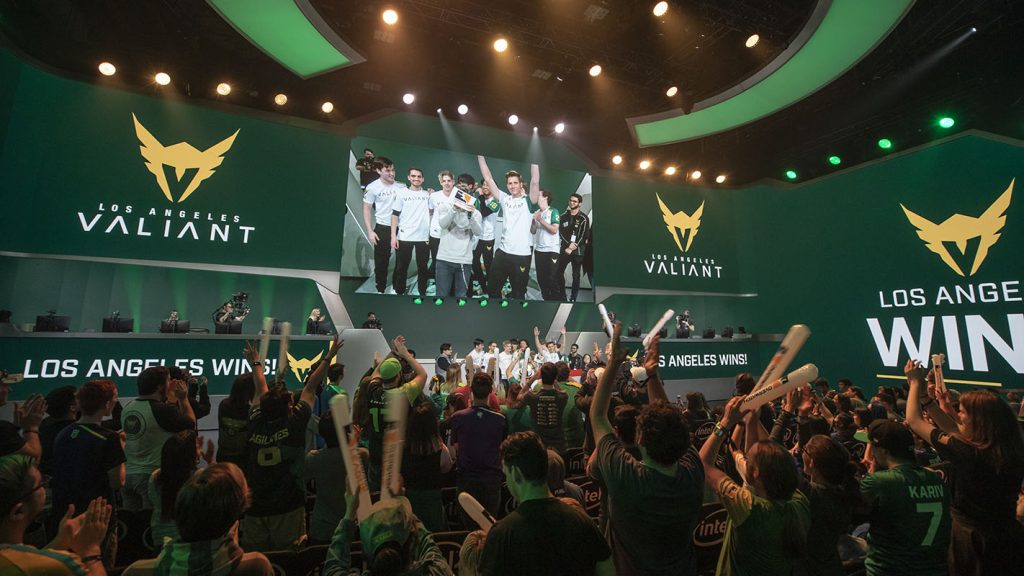 Don’t look now, but the Los Angeles Valiant might be…good? If you asked anyone even a month ago who the worst team in the Overwatch League was, the Valiant would undeniably be in the conversation. However, the Valiant have now rattled off four consecutive wins and became the “1” in the Vancouver Titans’ 19-1 record.

How did the Valiant go from laughingstock to fringe playoff contender?

The Valiant came into the second season of the Overwatch League with some high hopes after finishing the inaugural season with the second-best regular season record.  However, the team was poorly built to play within the restrictive confines of the triple-tank, triple-support (aka GOATs) meta. This led to the team opening the season with seven straight losses and finished Stage 2 with an overall 3-11 record.

It wasn’t just one weak link on the team either. Scott “Custa” Kennedy struggled mightily on Lucio, never truly getting the hang of the characters vital importance to GOATs. Kyle “KSF” Frandanisa was frequently a non-factor on Zarya. Pan-swung “Fate” Koo was well below league average as a main tank.

In a meta that emphasized communication and synergy, the Valiant were playing like a bunch of individual players. Entering the halfway point of the season, the roster seemed beyond repair. But that is when things started to change.

The Valiant entered the halfway point of the season in desperate need of some fresh air. That is when the org decided to shake things up. The team traded fan-favorite Fate, who had been a member of the team since their inception, to the Florida Mayhem for Caleb “McGravy” McGarvey, Johannes “shax” Nielson and Russell “FCTFCTN” Campbell.

The initial return for the Mayhem seemed underwhelming. McGravy, shax and FCTFCTN amounted to a trio of prospects. FCTFCTN would replace Fate in the lineup but there was no obvious fit for McGravy or shax.

The Valiant took another loss to open Stage 3, bringing their overall record to an abysmal 3-12.

That is when the Valiant decided to do something they probably should’ve done a long time ago.

The Valiant started to use more DPS heroes. It was a gradual shift at first, with LA sprinkling in some Widowmaker, Hanzo and Sombra.

The shift paid immediate dividends, as the Valiant picked up back-to-back wins over the Chengdu Hunters and Guangzhou Spark. Neither of these teams are S-tier level competition but the Valiant started to see their path to success.

Specifically, the path to success was Sombra. The back-to-back victories saw the Valiant use Sombra more and more but the hero is no KSF’s specialty. That is when the team decided to bring shax into the starting lineup. However, this did not lead to the removal of KSF or Brady “Agilities” Girardi. Instead, the Valiant decided to begin focusing on DPS-heavy comps that featured shax on Sombra. This has led to LA frequently playing comps that are comprised of three DPS, two supports and one tank.

Agilities and KSF were always better suited to playing the types of DPS heroes they are now getting to play instead of Brigitte or Zarya (though, in Agilities defense, he is actually a pretty good Brig). That means that by bringing shax into the lineup, it increased the level of play in three starting positions for the Valiant. Now, Agilities and KSF can play their better heroes and shax can work on disrupting opposing teams.

We saw the resulting upgrade when Valiant toppled the Titans. With a more flexible array of played heroes, combined with shax’s disruptive Sombra, the Valiant were frequently able to get the first pick in team fights. This lead to them winning those fights, snowballing into a series win.

Is this Success Sustainable for the Valiant?

It’s clear that the Valiant can succeed with these DPS-centric lineups because their best players are playing their best heroes. Instead of making the players fit into a scheme, the Valiant are now getting the scheme to fit their players. That means that, compared to the first half of the season, the Valiant will find success this season.

Can the Valiant make the playoffs? It’s very possible. LA is currently 7-12 while the Toronto Defiant sit in the final playoff spot at 7-10. That is not an impossible gap to close if you’re the Valiant.

The Valiant don’t have the easiest schedule for the remainder of the season, facing top six teams in four of their remaining nine games – including a brutal back-to-back end to the season versus the Gladiators and then the Shock.

But despite facing a difficult remaining schedule and facing a climb from the bottom of the Overwatch League standings, the Valiant have proven that, with a renewed focus and comp, they can topple any team in the league.