Shanghai Dragons Break Through to the Semifinals 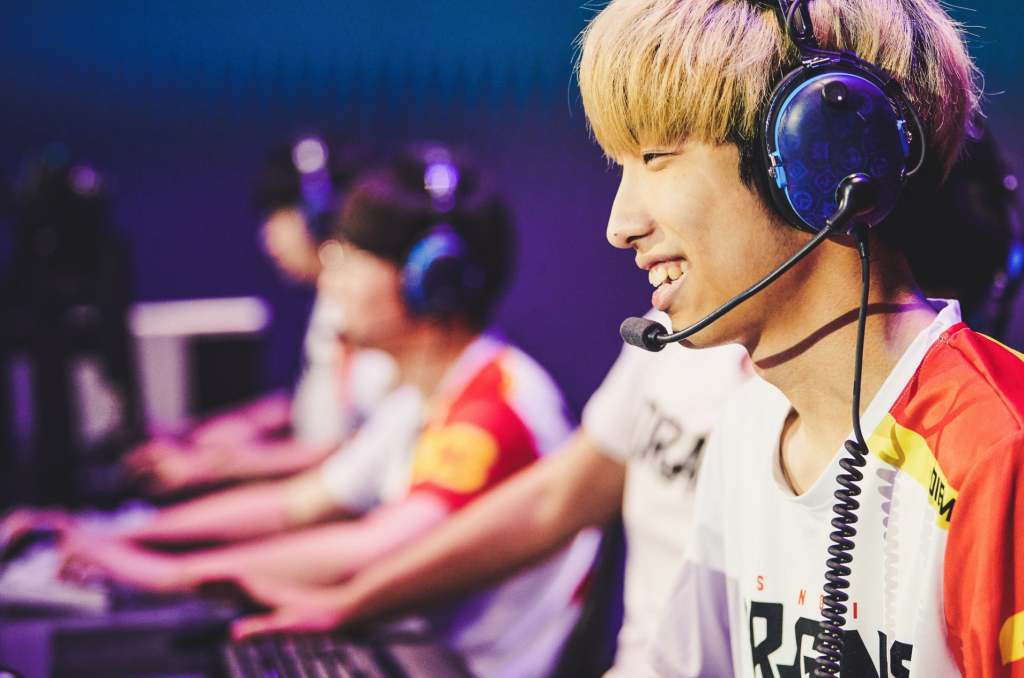 For all the bland Overwatch we’ve been subjected to during this season of the Overwatch League, Stage Three has definitely reinvigorated the League and ignited that spark in fans around the world. The first part of the Quarterfinals were held last night in LA and the two series could not have been more different.

The Houston Outlaws faced the Vancouver Titans in a quick series that ultimately saw the second-seeded team end the playoff dreams of the Outlaws. Then we had the Shanghai Dragons capitalize on the New York Excelsior’s continued curse of the choking. Let’s take a quick dive into the action from the Stage 3 Quarterfinals.

The Houston Outlaws have had quite a stage and after they made the playoffs, things were looking up for the team – except for the looming realization that their first playoff game would be against the Vancouver Titans. Yeah, the 19-1 Pacific Overlords, the Breaker of Overwatch teams, the Almost-Undefeated, First of their name, Father of the Titans. It was not an ideal matchup and the Outlaws would need to pull off a near miracle to be able to slay the titans and secure the spot in the semifinals. Unfortunately for the Outlaws, they were not able to hold a single map and lost 3-0 to the Titans.

The Vancouver Titans started the series on Illios by proving to the Outlaws that even they are one of the few, if not only, teams in the league that can function after losing several players. It was jaw-dropping to see the way that the Titans held a point with two players down and an Ana hidden on the roof. That was the strategy – they never let go of the point on Lighthouse regardless of how many players were on the map or how many EMPS were used. It was a highlight moment for the panelists and the fans – something deserving of a replay or two.  The Titans secured the win 2-0 on Ilios to advance to Eichenwalde.

The @VancouverTitans shut down not one, but TWO EMPs during a drawn-out fight on Ilios. @SideshowGaming breaks down how they were able to do it in Ult Economy thx to @StateFarm. #OWL2019

Both Eichenwalde and Volskaya saw a specific plan of attack by the Titans – create a solid defense to ensure that the Outlaws get as little as possible and then become a literal force of nature on the attack. Rinse and repeat. Bumper’s plays on Winston were unstoppable, if not a tad risky at times. Linkzr from the Outlaws had a great time on Widowmaker picking heroes from the sky. It ultimately wasn’t enough for the Outlaws but they didn’t go out without a fight.

The 1-2 punch with Stitch and JJANU bags the lead in this series!

Vancouver will now face the Shanghai Dragons in the semifinals on Saturday. They’ll be up against the insanely talented roster who just might be able to stop the Titans.

It feels like just yesterday we were writing about how the Shanghai Dragons needed to make some big changes if they were ever going to see a stage playoff. That dream felt far away and unattainable. But in the quarterfinals, the Dragons dominated the NYXL, who held a perfect record in Stage Three, in convincing fashion. The team that lost a jaw-dropping 42 straight matches overcame the Atlantic powerhouse by winning the series with a brilliant 3-1. In the second series of the day, Shanghai took little time securing a 2-0 win on Oasis, followed by a defeat on Hollywood, then an intense 4-3 win on Volskaya Industries, and a final 3-1 win on Gibraltar.

Jjonak is one of the strongest players in the League and it was devastating to see him left alone by his teammates again and again. He tried to carry his team on his shoulders but it was too much for Jjonak – a lone support player cannot carry the team. So much of the series was Shanghai creating an impenetrable line of attack and NYXL failing to have Mano or Nenne perform to the level of a professional Overwatch League player. It felt like the Dragons were facing a six-stack in a pub and it wasn’t all that fun to watch for NYXL fans.

The Doomjin is back! We take a 1-0 lead over NYXL and hope to ride this momentum going into the next map! #OWL2019 #Breakthrough pic.twitter.com/yrFuLhpEhF

On the flip side, watching Gamsu and DDing crush the NYXL was absolutely stunning. DDing was a constant threat on every map. You name the map, he was playing Pharah on it and was forcing the NYXL to take cover. Gamsu, on the other hand, took Wrecking Ball to the next level by breaking enemy lines and making room for his team to secure objectives.

With our backs against the wall, we managed to grab Volskaya and go up 2-1 in the series! #OWL2019 #Breakthrough pic.twitter.com/jAVQE18TsT

After Shanghai’s win against the NYXL, the second best team in the league, there’s an argument to be made that they can win against the Vancouver Titans. It will definitely be a hard match but we’re sure it will be a well-fought fight – regardless of the winner.

WE DID IT! Quarterfinals match taken 3-1! Thank you to all the fans who have supported us and cheered us on, we definitely felt your energy tonight! We’ll do our best in the semifinals~
ᕦ(ò_óˇ)ᕤ #Breakthrough #OWL2019 pic.twitter.com/FXkpf6pAkR