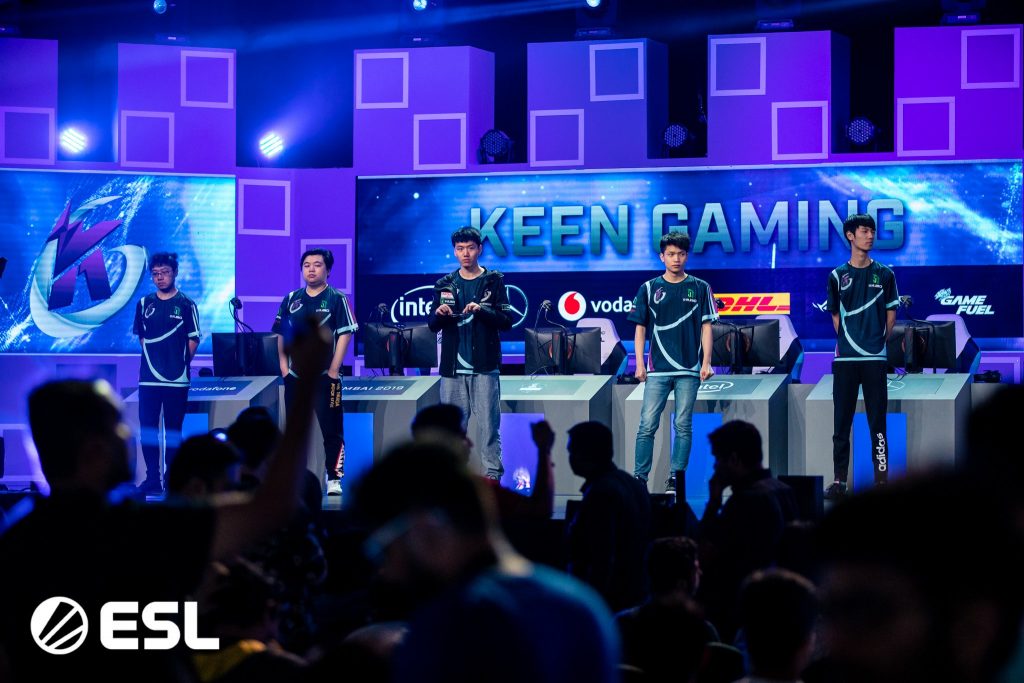 Keen Gaming stand strong at ESL One Mumbai 2019. The Chinese team dominated Southeast Asia representatives Mineski in the grand finals to take home the coveted ESL trophy. The tournament awarded a prize pool of $300,000 USD, including a $135,000 purse for first place. While the ESL events this year have not been held on the Dota 2 Pro Circuit (DPC), the prize money is on par with the DPC Minors.

There is no denying Keen Gaming are looking very impressive. They aced the group stage, winning both series 2-0. They dropped the first round of the upper bracket to Natus Vincere 1-2, but won their way to rematch the CIS squad in the lower bracket final, where they beat the team 2-0.

The grand finals were a fairly straightforward affair, with Keen Gaming facing Mineski. They had matched up in the group stage when Keen beat the SEA team 2-0. Mineski were unable to take a game off of Keen in Mumbai. Keen won 3-0.

Keen Gaming are currently sitting in eighth position in the Dota 2 Pro Circuit rankings. If they can maintain that position, they’ll receive a direct invitation to The International 9. Though ESL Mumbai isn’t on that Circuit, the squad have to be feeling good as they leave Mumbai to head for Paris, France, the location of their next tournament: the MDL Disneyland® Paris Major.

The MVP award, including a brand-new Mercedes car, was awarded by the community to popular player Kim “Febby” Yong-min. Febby had recently been kicked off of Mineski, but stood in for them at this event. He was gracious and played well all tournament. During his acceptance of the trophy, Febby pointed out himself that the Keen Gaming players had played better and were deserving of the award. There’s something appropriate about awarding a classy car to such a classy guy, though the Keen Gaming roster were certainly also deserving.

ESL’s recent expansion has seen the organization hosting premiere Dota 2 tournaments in the United Kingdom, Poland and now, India. In the case of the latter, ESL also made available a spot in the competition for a local team. Last year, the ESL One events were part of the packed DPC season. This year, the events have punctuated the sets of DPC events. Always well-produced and professional, ESL’s done a fantastic job of bringing Dota 2 events to fans across the globe.