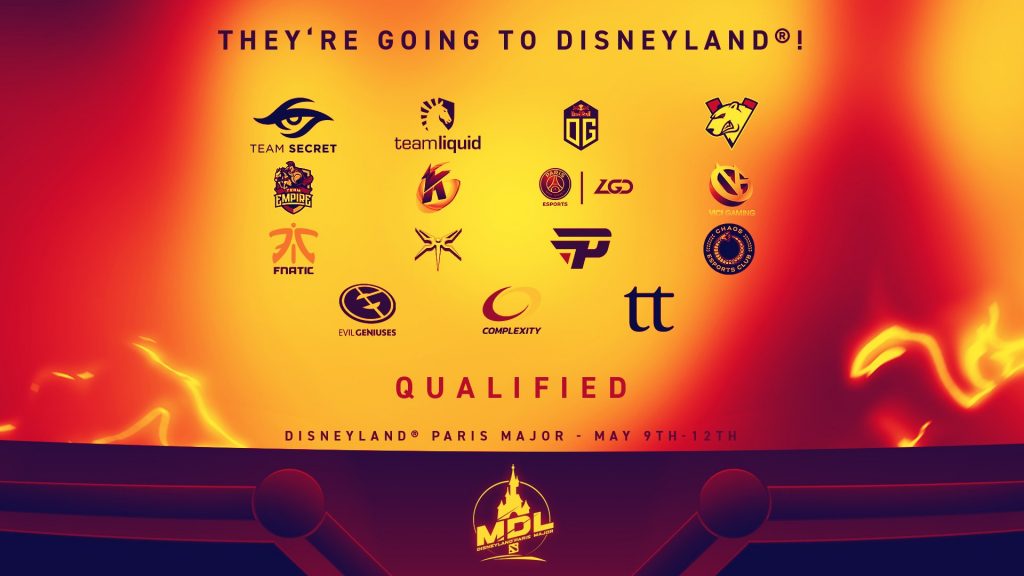 These fifteen teams have qualified for the MDL Disneyland® Paris Major. (Image courtesy of Mars Media)

Fifteen teams qualified across the six regions for the $1,000,000 USD event. There are also 15,000 DPC points available to the competitors. Two teams from the CIS, Southeast Asian and South American regions will attend. They are joined by three teams from each of China, North America and Europe. The sixteenth slot will go to the winner of the OGA Dota PIT Minor 2019.

Notably, Team Empire and paiN Gaming will make their DPC debuts at this event. While paiN had previously fielded a squad, that roster was picked up by Chaos Esports Club. The roster took their DPC points with them. The new roster is a Brazilian stack who qualified under the name “Butterfly Effec.” They were picked up by paiN after qualifying for the Paris Major.

Team Empire underwent some roster changes as well. Two players from each of its Hope and Faith squads joined with Rinat “KingR” Abdullin, formerly of Gambit Esports, to make the new team. Qualifying for this Major is a huge boost for the organization, which has struggled to get any traction this season.