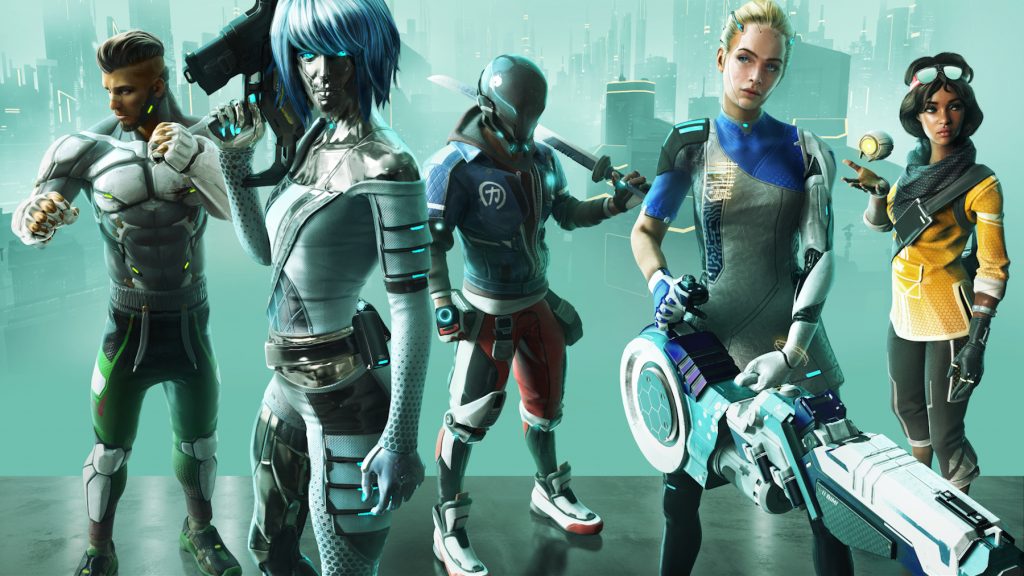 Hyper Scape will launch on August 11th for PC, Xbox One and PlayStation 4. (Photo courtesy Ubisoft)

Ubisoft has announced that Hyper Scape will release on PC, PlayStation 4, and Xbox One on August 11th. This release date means that the game will launch nearly just a month after Ubisoft first unveiled the game on July 2nd.

With the news that the game will officially launch in August, Ubisoft will shut down their PC test servers. The current PC Open Beta will shut down on August 2nd, meaning there is only one weekend left to get hands-on with the game until release. To celebrate the end of the beta testing period, Ubisoft is putting on an event for everyone to get involved with. By playing the beta one final time or watching one hour of Twitch streams with Crowncast enabled, along with a Uplay – Twitch linked account, you can earn 600 bitcrowns (Hyper Scape’s premium currency) for the game’s official release. This promotion is on right now and lasts until Monday, August 3rd at 14:59 EST.

Furthermore, Hyper Scape will launch with a full season from the get-go. The first season is titled “The First Principle”. Players will gain access to all new content, Crowncast features, a mid-range weapon named the Dragonfly, a magnet hack, with planned Solo and Squad Crown Rush modes planned as Limited Time Modes.

For those interested in the Crowncast feature, viewers can now use a tool called Kudos. The new feature allows players to use twitch bits to applaud moments in-game with visual effects. Players can also progress their battle pass by watching streamers play the game for both free and premium battle passes. Hyper Scape will also feature cross-platform progression, so players don’t have to worry about losing skins to platform restrictions.

The game will also launch with lore. As detailed in the Ubisoft Forward briefing on July 12th, Hyper Scape will use lore to progress content and define the Hyper Scape world. The current lore is all about Prisma Dimensions that players must solve. To do this, players will collect memories by playing the game. These memories are clues for characters and world events that occurred or exist. Every week a new memory will unlock somewhere in the game world for players to find. Besides, comics will outside of the game will further support the developing lore.

Hyper Scape is launching with tonnes of content. Expect Ubisoft to talk more about how they plan to further improve Hyper Scape post-launch in the Ubisoft Forward streams and blog posts throughout the year.