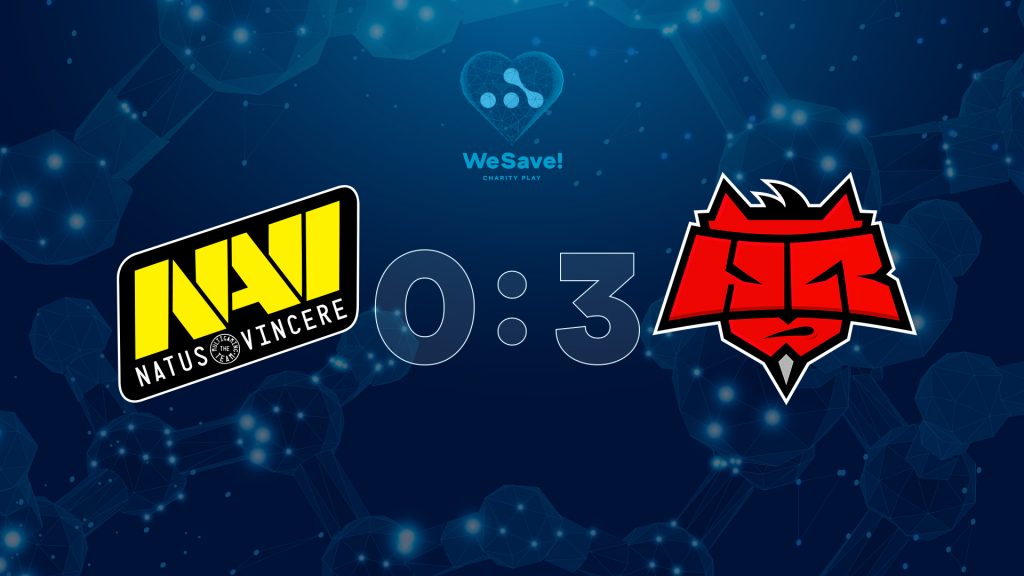 HellRaisers have defeated Na’Vi 3-0 in a massive upset to win the CIS finals at WeSave! Charity Play. The Ukrainian team toppled their opponent’s in a clean sweep, an impressive feat from a team that has rarely, if ever, been a top team in its region.

Following the team’s 2-1 defeat of Virtus.pro in the Semi-finals, Hellraisers advanced to these finals but were definitely the underdogs despite that impressive performance. Na’Vi had previously defeated B8 to get to this point and were riding high with a newly minted Semion “CemaTheSlayer” Krivulya signed to the four position.

Be ready for our game against @HELLRAISERSgg at the WeSave! Charity Play event. We're starting soon!

HellRaisers started their first game with a dominant Broodmother performance from Alexander “Nix” Levin. After crushing the lane, and not giving up more than a single death, the giant spider hero spent her time roaming the map, killing Na’Vi with impunity. Game one was a stomp, clear and simple.

Looking to avoid a repeat of this, Na’Vi looked to draft an equally dangerous late-game carry, combined with some lane bullies. With Naga Siren and Skywrath Mage set to carry, and Centaur Warrunner for early game harass, Na’Vi did manage to shoot to an early lead.

However, a massive turnaround in a pair of fights dashed Na’Vi’s early game hopes. As the match progressed, HellRaisers were able to turn around any fight and kill their opponents, with their raw aggression and team fighting appearing to be superior to Na’Vi’s

With Na’Vi desperately holding on for dear life, HellRaisers could take Roshan, and with it, push high ground. After a long, painful death, Na’Vi tapped out, sending us to match point.

With humiliation on the line, Na’Vi looked to deny the Pangolier and attempt to carry with the Furion. HR countered with a Spirit Brother combo of Ember and Void, and sought to keep the pressure on in lane. HellRaisers knew they had to win in the early game because of how strong Na’Vi’s heroes would scale. With some slick level two timing from HellRaisers, the team fulfilled their win condition, grabbing kills quick and fast in lane.

The rest of the game saw members of Na’Vi dying all over the map, in contrived attempts to get back in the match. But it was too late, as HellRaisers had already reached critical mass. The Void Spirit picked up an Aghanim’s Scepter, facilitating even more dangerous play with his multiple Resonant Pulse charges. The near invulnerable Spirit Brother helped dive the high ground, finishing off Na’Vi in style.

Overall this was a really scary-looking HellRaisers lineup that has clearly clicked. Perhaps this is a team that thrives in the online environment, and won’t be able to replicate this performance on LAN. At least, that’s what their CIS rivals will be hoping for.

Hellraisers now have the unenviable task of facing either Nigma or Team Liquid in the CIS vs. EU final on Thursday, which you can catch on WePlay! ‘s Twitch stream.