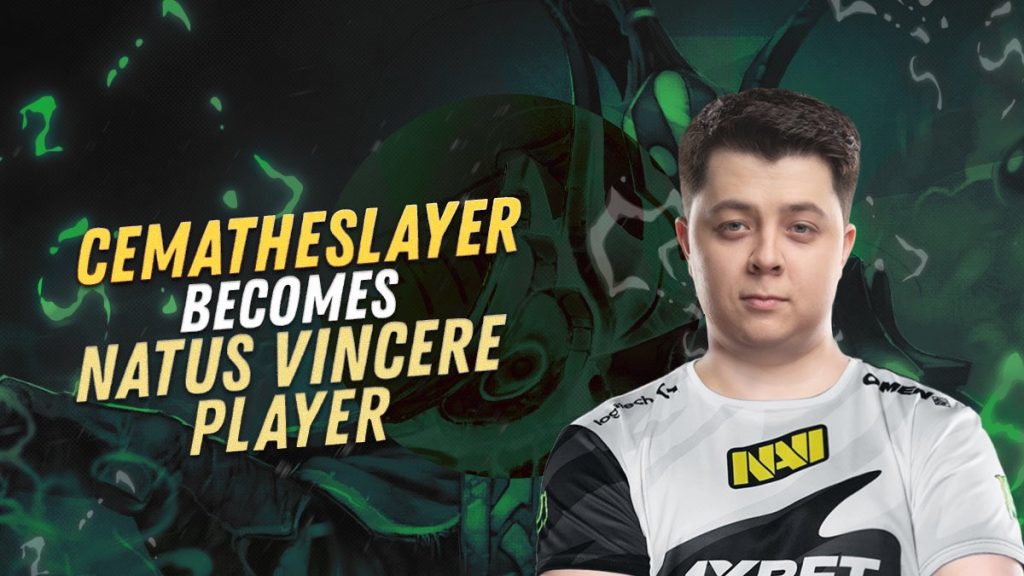 After over a month of stand-in duty, CemaTheSlayer has joined Na'Vi's roster full-time (Image via Na'Vi)

After nearly two months of deliberation, Semion “CemaTheSlayer” Krivulya has become the permanent four position for Natus Vincere. The news was announced by Na’Vi late on March 19th, ahead of the team’s entrance to the WeSave! Charity Play event.

Finally, our Dota 2 roster is complete! @c_slayerRR became the main player of the line-up. 🙌

CemaTheSlayer first joined the team as a stand-in in early February, after the departure of long-time support player Bakyt “Zayac” Emilzhanov. In a controversy-filled move, Zayac transferred to Virtus.pro, in an alleged poaching of Na’Vi’s players. Na’Vi’s CEO Yevhen “HarisPilton” Zolotarov released a revealing video shortly after that brought to light the issues.

Throughout the team’s successful qualification for the now-canceled ESL One Los Angeles Major, Cema was a valuable asset for his adopted organization. The former Vega Squadron and HellRaisers pro had previously captained teams, and his experience in that area helped the squad after previous captain Zayac’s departure.

In an accompanying post, team manager Igor “caff” Sydorenko commented on Cema’s signing: “Glad to welcome Semion. Despite the difficulties that we experienced after Leipzig, he quickly adapted to the team and turned out to be the teammate that the team needed. I am sure that with him we will be able to progress further and achieve our goal this season.”

Cema himself added his own thanks: “I want to thank Natus Vincere for the opportunity to show myself. I will do my best to help the team become even more confident and strong. Cheer for us at the tournament from WePlay!”

The full-time signing of Cema puts a bookend on one of the more tumultuous periods in Na’Vi’s history. With a disappointing performance at DreamLeague Season 13 in January, Zayac’s departure, and the cancellation of their next Major appearance at ESL One Los Angeles, the team now looks to build on its roster to deliver winning performances.

Our Dota2 roster will play at WeSave! Charity Play hosted by @WePlayEsport!

CemaTheSlayer’s first test in his now confirmed role will be at WeSave! Charity Play, where the team will face off against regional rivals B8 for a chance to raise money to fight COVID-19 coronavirus. Tune in to see the whole of Na’Vi in action on WePlay! ‘s Twitch channel.