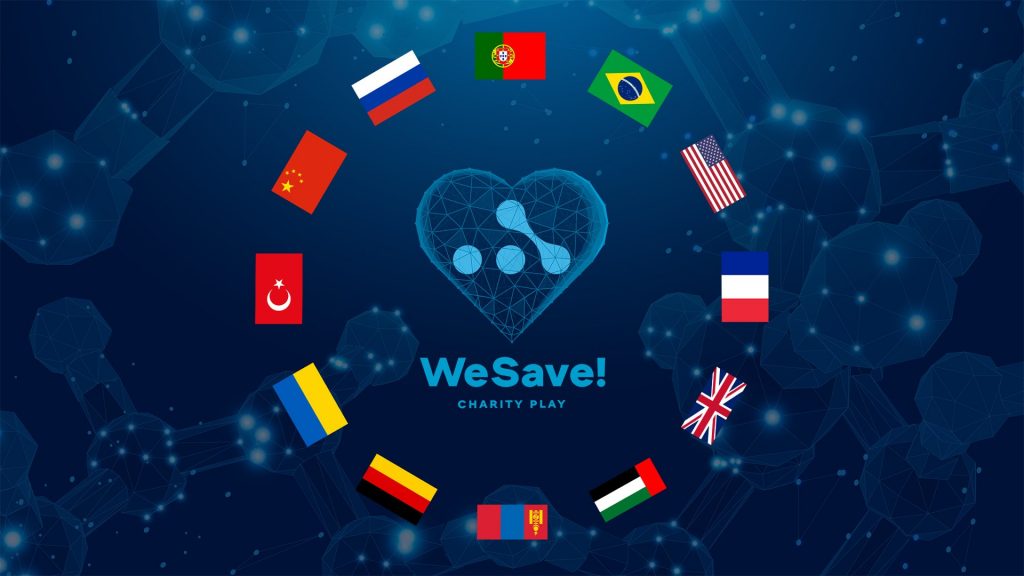 As the semi-finals wrapped up, WePlay! took stock of the global effort this event had encompassed. (Photo courtesy WePlay!)

The semifinals of WeSave! Charity Play wrapped up Monday, and after plenty of surprises, we now know how the rest of the tournament will look. One thing’s for sure, no one`1 expected some of these teams to progress, but the online format of this event have made things a little complicated.

Monday’s games were preceded by some classical music, as ever. But perhaps soured on the more solemn music by comparisons in Twitch chat to the “band going down with the ship,” today’s performance by the string quartet was decidedly more upbeat. After this, more handwashing advice and guidance on isolation were doled out before some reminders about the event’s stretch goals.

Great news, everyone! We made it! Thanks for your support and donations!

In fact, during Monday’s WeSave! Charity Play broadcast, WePlay! would meet their $150,000 target for the EU vs. CIS grand finals, and begin the push towards their next $160,000 goal. Before all that though, it was time for the days WeSave! games.

With Jorien “Sheever” van der Heijden joining the WeSave! cast remotely for the first series, we had a chance to see a bitter grudge match from the China region. EHOME has been mostly absent from the international scene, and one of the main reasons for this was Vici Gaming. With VG absent from the last Major, it was EHOME’s chance to make a splash. But with the cancellation, EHOME’s hopes were dashed, so their only chance at redemption was here.

VG’s draft had a simple concept: Harass with Mars early, kill with Medusa late. EHOME’s solution to this was to draft Riki, and attempt to neuter the Mars. In-game, the plan started reasonably well, with Liu “Sylar” Jiajun on Riki getting plenty of space and Mirana getting an ideal early neutral item in Ocean Heart.

But as VG started roaming, the plan fell apart. Zeng “Ori” Jiaoyang’s Medusa grabbed kills across the map, and soon the team was pushing down tier twos to end the game. There was little EHOME could do to stop VG at this point, giving up game one after a bust of a draft.

Next game, both teams went for entirely different comps. This time Ori wanted to show off his Troll Warlord. Unlike the first match, where EHOME’s early aggression had prevented a complete snowball, for game two, VG was in control the whole match. Apart from a blip at 10 minutes where Dark Seer and Lion fell to some poor positioning, VG never looked phased in this match. As a result, VG head to the finals to face PSG.LGD, while EHOME will still look for further redemption elsewhere.

In perhaps the matchup that Dota fans were more looking forward to this entire tournament, Team Secret took on Nigma in the latest phase of their rivalry. The teams last faced each other in the finals of WePlay! Tug of War: Mad Moon, with Nigma reverse sweeping their opponent in dramatic fashion. Expectations for this game were high, even if the stakes were not.

Clement “Puppey” Ivanov and co. started their campaign for this event with an Ember Spirit mid and a carry Bounty hunter. Nigma was counter with an Io and Riki combo that would prove to be a downfall for Secret. The Stealth Assassin would slowly build into a monster, winning his lane, and then roaming across the map. But Secret wasn’t about to back down and attempted to fight at any and every point to regain a foothold in this game.

4 HEROES DEAD! WE NEVER BACK DOWN!

Rather than a swing or a slow turnaround, it was death by a thousand cuts for Team Secret. As Nigma pushed into their base, they’d secure kills and push out, only to once again die and lose even more. By the end of the game, Amer “Miracle-” Al-Barkawi’s Riki couldn’t be dealt with, and he finished the match with a simply incredible score.

By game two, Team Secret seemed dejected. A loss like that, where you’re worn down for over an hour, can drain a team, and that’s what seemed to happen here. Secret’s hope came from the fact that both stacks seemed equally tired by the endurance match they’d just experience.

A courier probably wasn't the lasso target w33 was looking for… 😬 #weplay2save pic.twitter.com/59tDCKyvSz

However, ultimately Nigma would take a 2-0, as Ivan Borislavov “MinD_ContRoL” Ivanov’s Necrophos scaled into a monster. The sign of a truly great team is when any of their cores can carry, and in this last game, MinD_ContRoL stepped up and showed that Nigma may just be that type of team. This series didn’t quite live up to the hype, with its incredible game one, but a reasonably disappointing game two. Matches like these make you wish we’d got to see these teams meet in the LA Major.

For our last game, we were joined remotely by Michelle “Moxxi” Song and Murielle “Kips” Huisman to cast the series. We also learned that beastcoast would be playing this series without star carry Héctor Antonio “K1” Rodríguez, which would definitely defang this team.

No Hector meant no super scaling and hyper farming and, as a result, we were left with a meltdown from beastcoast. Thunder Predator’s Alonso “Mnz” León on Slark exploded, scaling out of control and roaming for easy kills. He was facilitated by a super annoying, Centaur Warrunner, which proxied waves and harassed his opponent’s into submission.

Beastcoast never looked like they had a chance in this matchup, and after just a few brief moments of hope from them, Thunder Predator wrapped things up with a win. For game two, it looked like beastcoast might have more of a chance, though. The draft had left their opponents without much wave clear with their Troll Warlord, Slardar, and Void Spirit. Additionally, they had too many heroes that needed lots of items to scale.

However, beastcoast quickly helped Thunder Predator overcome their shakey composition by having Skywrath Mage instantly feed a kill to the Troll. With better trades in every lane, and Adrián “Wisper” Céspedes Dobles being dominated by Alonso “Mnz” León, there was once again little beastcoast could do.

At the 10-minute mark, Thunder Predator started roaming between lanes and taking towers. This was a small opening that allowed beastcoast to grab a few kills, but ultimately it was already too late. Thunderpredator pushed down structures and took the throne, while all their opponent’s could do was watch from the fountain.

The last day of WeSave! semifinals saw a trio of 2-0’s, but still had a lot of entertainment. On top of WePlay! ‘s continued stellar production values, the matchup of Team Secret versus Nigma was an amazing, if not a slightly too short, set of games.

Tuesday we head into the start of the WeSave! regional finals and with it a chance for more stretch goals, and thanks to those, more Dota. You can catch the first set of regional finals on WePlay! ‘s Twitch channel.