What Esports Leagues Are There? 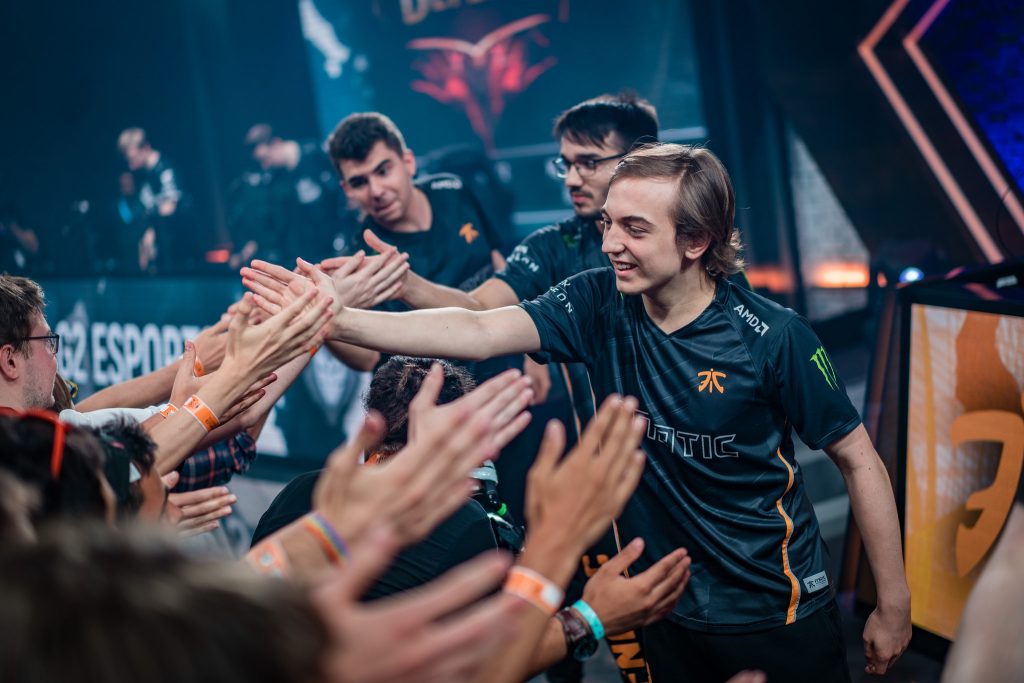 Esports are still relatively new, and their growing popularity is paving the way for new opportunities for both players and fans alike. The landscape is constantly shifting as increased interest in esports is allowing for the formation of new leagues, tournaments, and events. As a result, there is no one uniform type of league across all of competitive gaming.

Instead, different leagues around the world provide different challenges and formats across different games. Some leagues host tournaments for gamers to challenge each other for cash prizes in. Others function more like conventional sports leagues, consisting of a regular season followed by a playoff that eventually crowns the winner. Here is a look at some of the biggest and most popular esports leagues that are currently in action.

Fans of European soccer will recognize the format that League of Legends uses for its leagues. In Europe, each country has it’s own professional league, with England’s Premier League, Spain’s La Liga, and Germany’s Bundesliga being the most popular. Each of these leagues is its own separate entity, playing out full seasons to determine who is champion.

Each year, the champions of these European leagues meet in the UEFA Champions League. This tournament puts all of Europe’s top teams on display and allows one to be crowned the champion of all of Europe.

These leagues each function on their own, splitting their seasons into a Spring season and a Summer season. At the end of the year, the top teams in each of these leagues meet in the League of Legends World Championship, where an annual champion is crowned. The World Championship has been held in Finland, the United States, Korea, Germany, and China.

The Korean League of Legends league is the strongest in the world. This 10-team league has produced five straight world champions from 2013-2017 and shows no signs of slowing down any time soon. It plays its matches in the Seoul OGN e-Stadium and the Nexon Arena in South Korea

SK Telecom T1 is a six-time LCK champion and a three-time world champion. The team features Lee Sang-hyeok (Faker) who is widely considered to be the greatest League of Legends players of all time. Other elite teams in the league include Gen G (formerly known as Samsung Galaxy) and Kingzone DragonX.

In general, the teams that tend to come the closest to dethroning the LCK in the World Championships. This 12-team league is remarkably deep, possessing many of the best players and teams in the world.

The top teams in China include five-time LPL champion EDward Gaming, Royal Never Give Up, Team WE, and Invictus Gaming. Royal Never Give Up and Team WE finished third and fourth respectively behind Samsung Galaxy and SK Telecom T1 at the 2017 World Championships.

The European LoL Championship Series started with eight teams back in 2013 but expanded to 10 teams in 2015. Fnatic, the six-time league champion and inaugural League of Legends World Champions who won the event back in its first year in 2011, dominated the league in its early years but the power has more recently shifted to G2 Esports.

The North American LoL Championship Series still has some catching up to do to reach the levels of the other leagues nationwide, but it is taking strides. A recent restructuring to pump more money into the 10-team league and new owners and partnerships with NBA owners should lead to more money and resources coming into the league. Top teams include Team SoloMid, Cloud9, Team Liquid and 100 Thieves. Games are played at the Battle Arena in Los Angeles, California.

The League of Legends Master Series is an eight-team league that features teams from Taiwan, Hong Kong, and Macau. Other leagues include the eight-team LCL continental league in Russia, Japan’s LJL, and Brazil’s CBLOL.

The Overwatch League was founded in 2017 and got underway in 2018. This league was built with the North American fan in mind. Instead of using a relegation system like many leagues and their European sports counterparts do, the Overwatch League has 12 teams that will remain in the league regardless of where they finish in the standings. Games are played at the Blizzard Arena in Los Angeles, California.

These 12 teams are split into divisions and play 40 games over the course of the season, playing 20 of their games within their division and 20 games outside of it. The season is split into four stages with each stage being comprised of 10 games each. At the end of each stage, the top four teams enter a four-team playoff bracket and play for a $100,000 first place prize.

Through the first year of the league’s existence, New York Excelsior has established itself as the early team to beat. The team went 34-6 in its 40 league games in 2018 and is led by South Korean superstar Jong-ryeol Park (Saebyeolbe), one of the top Overwatch players in the world.

The biggest advantage of this league is its accessibility. While some other leagues have complicated structures that may be hard to follow for someone just getting into esports, the Overwatch League has a website that clearly lists the teams, standings, schedules, and rules.

Sports fans that are interested in getting into esports should look no further than the NBA 2K League as an entryway into the fascinating world of competitive gaming. Seventeen of the NBA’s 30 teams have invested in esports franchises, lending their team names and likeness to their esports counterparts. The goal for the league is to eventually expand to 30 teams, with all 30 NBA teams having a digital counterpart.

What makes the NBA 2K League so interesting is the process that went into creating it. A field of 72,000 players that qualified to enter the league’s original combine was whittled down to just 250 players after each player played at least 40 games at a set position. That 250 players went through interviews with a selection committee and further testing before the final batch of 102 players were chosen.

Then the draft took place in April of 2018. Much like a real draft, the 17 teams took turns drafting the 102 players available until each team had six players. Every player on the team controls one player on the court, with one bench player on each team. Instead of using real NBA players, each player controls an avatar of himself. These avatars have different playing styles but identical overall stats, allowing the gamers’ skill to be what decides the winners.

The teams play a regular season with each of the games broadcast on Twitch. After the regular season, the top teams will make the playoffs and eventually play down to a winner in the final.

For basketball fans, this is a new and unique way to get invested in the sport you love. And with team names and cities based on their respective home teams, you should have a built-in favorite team to cheer for too.

The Eleague is broken down into tournaments and covers a wide variety of video games, making it an exciting option for fans and bettors that don’t want to take the time to get too invested in a standard “league” format. The Eleague had a Rocket League tournament in December of 2017, a Counter-Strike Boston tournament in January of 2018 and a Street Fighter Tournament in July of 2018, to name a few.

Tournament entrants are placed into brackets and play down to a winner for cash prizes. Eleague events are broadcast on Twitch and TBS. New tournaments are announced regularly as the schedule is updated, so stay tuned to make sure you get in on the games that interest you the most.

The ESL is the largest esports company in the world and also the oldest as it was founded back in 2000. It hosts nine pro leagues covering multiple games such as Rocket League, Gears of War, Halo 5: Guardians, Hearthstone, and Mortal Combat X. The league works with game developers to set up tournaments around the world in which the world’s top players compete for cash prizes.

Like the ESL, the Major League Gaming corp is a pioneer in esports, founded back in 2002. The MLD Pro Circuit features a variety of games that are less prominently featured on other platforms like Soul Calibur V, Super Smash Brothers Melee, and King of Fighters XIII. Tournaments and events in the MLG are held in the United States.

League of Legends Other Overwatch
Share
Dave has been a sportswriter for over 10 years and an avid gamer since childhood. His favorite game genres are RPGs and action adventures.