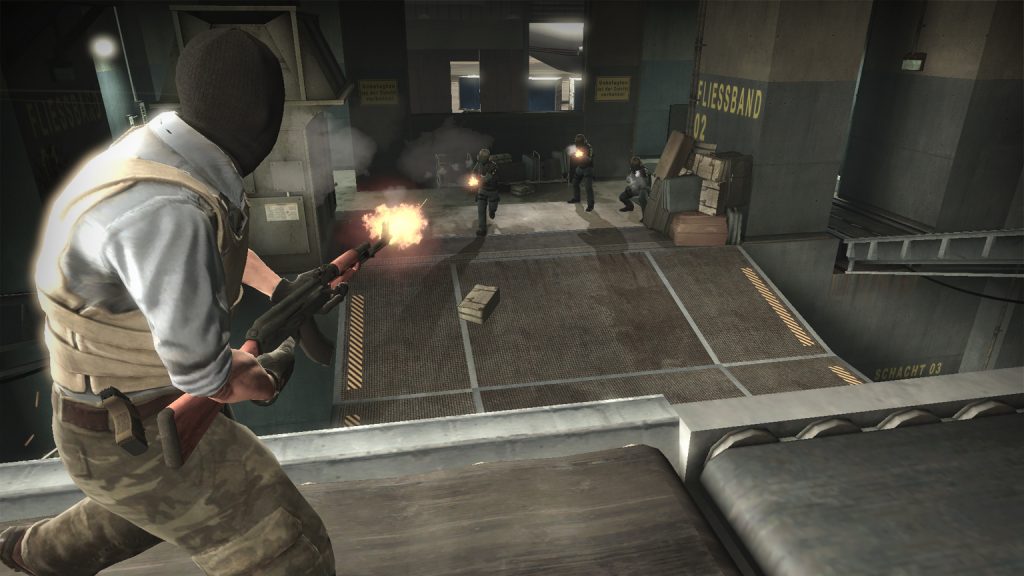 Economy is a big part of what separates CS:GO from other FPS games. But mastering it, is a difficult feat.

The economy in CS:GO is one of the most important aspects of the game. The economy system separates CS:GO from other first-person shooters and adds a layer of complexity players will need to understand to succeed.

This article will break down the basic rewards and penalties for different actions, a general explanation of the economic system, and how to successfully buy throughout a competitive match.

What is the CS:GO economy? 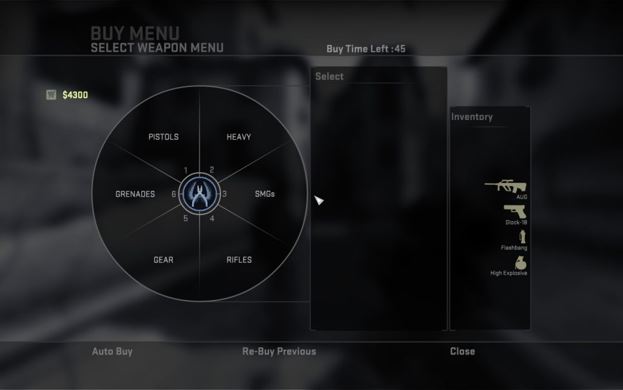 The economy in CS:GO is a monetary system that determines what equipment and weapons players can purchase on any given round. The economy is designed to make every round important and to allow teams to still have an opportunity to come back when they are losing.

Each player begins a match with $800 available to spend on weapons and equipment. Every item has a different price, so players need to spend wisely and at the right time to efficiently use their funds.

Players can only purchase pistols or armor in the first round and will gradually be able to afford better weapons as the match progresses.

Throughout a match of CS:GO players will kill enemy players, win and lose rounds, and successfully defend or defuse objectives. All these actions reward or penalize the player with monetary bonuses that are added or deducted from their bank.

Here is a breakdown of every action in CS:GO that rewards or penalizes a player:

All the different rewards and penalties determine what a player can buy but winning or losing the round has the most effect on the team’s bank.

Each round teams will receive an award based on the outcome of the that round. For example, if the terrorist team plants the bomb during the first round but the CT’s successfully defuse, the CT’s will receive a $3500 round reward. This will allow CT’s to purchase better equipment in the second round while the terrorists will still be short on funds. The CS:GO economy does reward the losing team with gradually increasing loss bonuses to still give the losing side a chance, however.

Here is a breakdown of the loss bonuses:

The Terrorist side from the previous example now has $1400 for the next round and whatever extra money players received for planting the bomb or did not spend. Traditionally they will be unable to buy in the second round and will have a couple of different options.

Players can still do damage with shotguns and SMG’s.

In an anti eco round, players will purchase smaller weapons such as SMG’s or a cheap rifle. The CT players from the earlier example know the terrorists have a low economy and will not be able to purchase full equipment or weapons. There is no reason to purchase rifles or AWPs, because SMG’s and even pistols can eliminate players without armor. It is very important for players to buy head armor during an anti eco round however, because some pistols can kill a player with a single headshot. Players should also buy utilities to prevent rushes that are common when teams are full saving or doing an eco-buy.

A half buy is when you spend roughly half of your money to either even out the team’s economy or to damage a stronger team. Players can spend some of their money if they are significantly ahead of their teammates in funds so the team can buy together on the next round. A half buy also allows players to do some damage to a fully equipped team and possibly cause a few enemy players to fully rebuy or at least purchase new armor. Players with the lower amount of money usually do not buy in this scenario, as the rest of the team is dropping to their level.

A force buy is when a team decides to spend all funds available. This type of buy is required if the game is at match point if the team knows a round win will break the enemy team’s economy. Breaking an enemy teams economy can secure a few important round wins because the other team will either need to save or eco to recover. The losing team will also go back to the lowest loss bonus reward, which is called a reset.

Full buys are when a team buys all armor, weapons, and utilities. This is the ideal scenario for teams to be in and allow for successful attacks or defenses of bombsites. 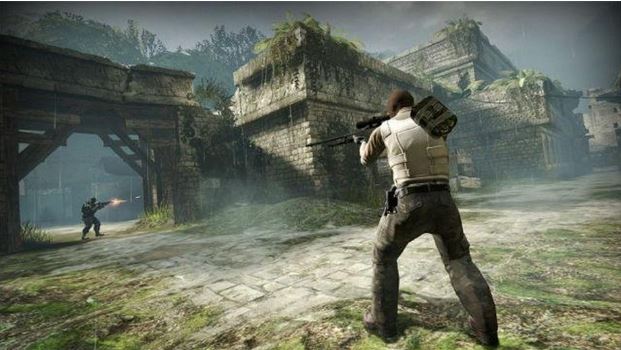 Deciding which type of buy is best in CS:GO depends on the previous round, the enemy team’s economy, and if a player is on CT or T side.

Counter terrorists need to save or acquire more money because their equipment and weapons are more expensive. There are a few numbers to remember that are the amounts needed for the different types of buys.

$3750 is the minimum amount needed for an M4 and armor with no helmet as a CT. Head armor is not always needed during a gun round because Ak-47’s already kill with a single headshot.

$4100 is the amount needed for full armor and a rifle as a CT. Head armor is preferred for anti eco rounds when players can get an easy kill on CT players who do not have helmets.

$3700 is enough for Terrorists to afford and Ak-47 and full armor which is needed to avoid being an easy kill for CT players.

AWP players will need to save even more money as an AWP and full armor costs $5750.

The cost of force buys and eco rounds will be determined by the specific situation for each player, so it is important to keep track of round rewards and loss bonuses.

Generally, if a CT team wins pistol round, they should anti-eco the second round, especially if the terrorists were able to get a bomb plant. If CT side loses the pistol round, they can save two rounds and prepare for a full buy on the fourth round. CT’s can also force the second round and attempt to hurt the terrorist economy and possibly secure a round win. If this strategy is used an eco on the third round is necessary and the full buy on the fourth round will be slightly weaker.

As the game progresses players will need to keep track of the enemy’s economy to able to counter buy appropriately.

Every match will play out differently and will require players to adjust their strategies according to the situation. Players should always remember how many enemies survived a round, what weapons they were using, and how much they will need for a full buy next round.

Players should also remember to avoid easy mistakes that can negatively impact their team’s economy.

Be a team player 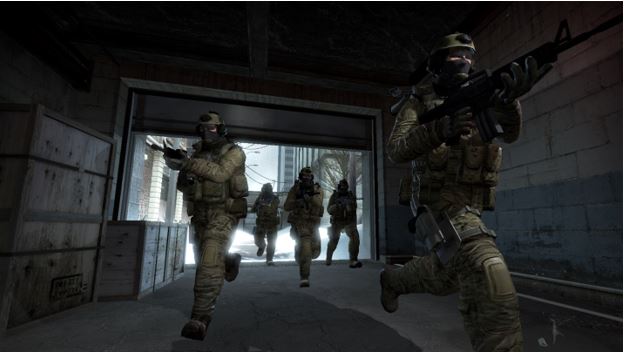 Each player may have their own money, but that does not mean players should only purchase items that only benefit themselves. A player should consider their money as a tool to better prepare the entire team for the upcoming round. For example, if a player has $5000 and already has a full set of armor and a rifle, that player should buy for a teammate who cannot fully buy. A round has more chance of being successful if a full team is equipped with at least rifles and armor. Players who only purchase for themselves run the risk of leaving other teammates vulnerable and unable to defend or attack properly.

It is also very important to coordinate round purchases to make sure the team is spending together. Players who spend all their money each round will not be able to afford a full buy and cannot be an effective team member. Players who also insist on saving every round and stockpiling their cash are not helping their team and are wasting precious resources. Buying together is key to winning consecutive rounds.

Lastly, every player does not need a defuse kit. One kit per site will allow players to pick up the kit if the player carrying it dies. In later rounds if all players can afford kits, go ahead.

A player who survives a round should drop their weapon for a teammate to maintain a solid team loadout. When a player dies, they will need to rebuy armor and utilities, so helping ease the burden will help the team.

The CS:GO economy may be confusing to new players, but after a few matches the concepts and strategies will fall into place. Players should always try to keep track of the enemy team’s economy, how much money their team will need for another full buy, and how they can use their own money to benefit the entire team.