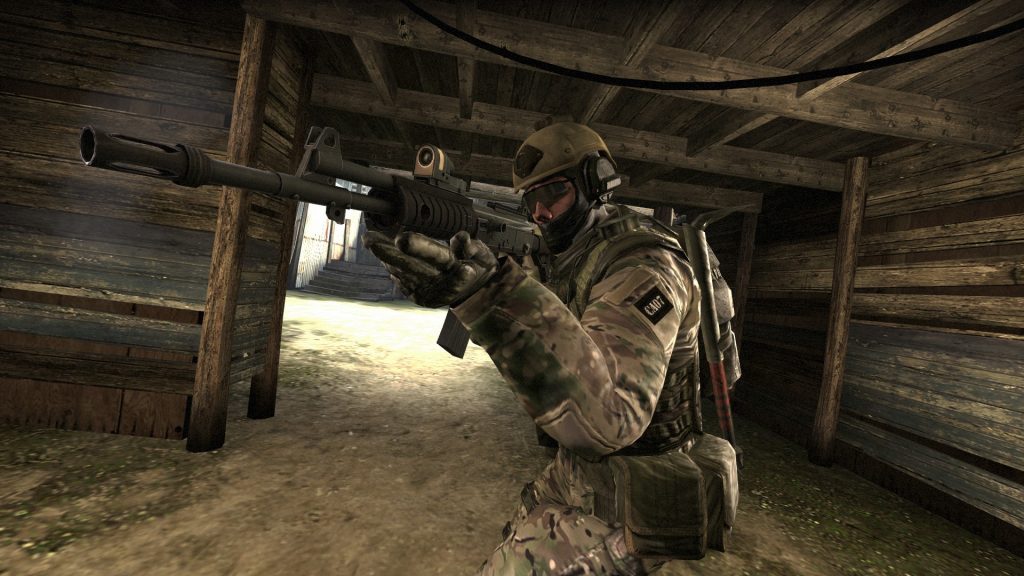 Counter Strike: Global Offensive, or simply CS: GO, has been around since 2012 and is developed by Valve Corporation. CS: GO places two teams against each other, terrorists and counter-terrorists, and are tasked with eliminating the other team while completing other objectives. Game types that include other objectives involve planting and defusing bombs or rescuing hostages.

The CS: GO competitive scene has been around since the game’s release and has exploded into a worldwide recognized competitive game. Competitions and tournaments include third-party organizational and Valve hosted tournaments. Major events typically have a higher prize pool and are regarded as the top level of competitive play. Prize pools for Majors have steadily increased from their original $250,000 pot and now grow to well over $1,000,000.

Last year’s 2017 ELEAGUE Major was the 10th CS: GO Major tournament, held a $1,000,000 prize pool and was broadcasted on cable television through TBS. The 10th Major featured the top 16 professional teams around the world and pulled in millions of fans. At the end of the event, the ELEAGUE Major pulled in a peak viewer count of roughly 1,700,000 viewers with over 62,000,000 hours of clocked watch time.

CS: GO has proved over and over how the competitive community is here to stay, but they also raise the bar by continuously improving the game. CS: GO is arguably the most popular shooter around the world, and millions of players hop on each day. If you are interested in learning about one of the most impressive and strategic competitive games available, read our list below. The list of key terms below will give you an introduction into CS: GO along with some common terms you will hear.

Ace: When one player eliminates the entire enemy team.

AWPer: A position where a player dedicates the round to using the AWP sniper rifle.

Boost: The act of jumping on an ally’s back in order to gain a height advantage. With the assistance of the ally, the player can then get to higher places that were inaccessible before.

Buy Out: When a player purchases as many items and weapons as possible. A buy out typically occurs at halftime or the end of the game.

Caller: The player on a team that takes the lead in communication and play commands. Other teammates will follow these commands to avoid communication disarray.

Carry: A player on a team that has considerably more kills than their teammates.

Callout: A common term in competitive gaming referring to communication between teammates. Throughout each map, there are specific landmarks that are common engagement points. Teammates will often call out the number of enemies they have visual on, health, active engagements, and more.

Camping: The act of staying in one area for an extended period of time.

Clutch: A situation where the last man standing, or underdog, wins against multiple enemies.

Collateral: A description used when a player kills two or more enemy players with a single bullet. A collateral is usually achieved through the AWP sniper rifle or Desert Eagle pistol.

Deagle: Abbreviation for the Desert Eagle pistol. The Deagle is the most expensive pistol available, however, it uses powerful .50 caliber rounds. If a player lands a headshot with a Deagle it is an instant kill, regardless of the enemy wearing a helmet.

HP: Abbreviation for hit points. Every player has 100 health and once their health hits 0, they die for the round.

Flick: A swift reaction shot on an enemy that has just appeared, or is slightly out of visual range.

Flash: An abbreviation for a flashbang. A flashbang is a non-lethal grenade that temporarily blinds players within its concussive discharge range, including the player who threw it and allies. If a player is affected by the blast, their entire screen will be obstructed by whiteness, and then will fade back to normal as it shows a frozen image of the player’s last view before being affected by the flashbang. The length a player is affected by a flashbang is determined by a player’s distance relative to the explosion.

Frag: A common term used across the shooter genre. A frag is another explanation for a kill.

Lit: A short-hand way of calling out that a player has taken damage, or was hit. A player will commonly call out the amount of damage they have taken as well. For example, “Hit for 70”.

Molly (aka Molotov): A grenade that is only available to players on the counter-terrorist team. Molotov grenades are a home-made incendiary weapon that consists of a glass bottle, a propellant, and a lit rag as an ignition source. Molotov grenades can be used as an offensive and defensive strategy. A Molotov will explode once broken and its flames will spread once it collides with a walkable surface. Once the Molotov explodes, any player can be affected by the flames and will take 40 damage per second spread across single hits of eight damage.

Nade: An abbreviation for “grenade.” The abbreviation can also refer to any type of grenade, like flashbangs and Molotov’s.

Ninja: The strategy of a player on the counter-terrorist team defusing the bomb by stealthily avoiding enemies. If a player is on the terrorist team, a ninja would be when a player reaches a bomb site and plants the bomb without alerting or making contact with any enemies.

No-Scope: The act of killing an enemy without zooming in a rifle, meaning that the rifle was hip-fired. No-scope shots are much more inaccurate, however, they almost always result in a snowball for the enemy team. No-scope shots can be used as a tactic to throw off the enemy team, or as a way for a player to “hype” the crowd in live events.

Pistol round: The first round of the match or half where all players have default money. With players having low cash, this leads to players purchasing pistols. Some players may also choose to treat the round as an eco.

Quad: When one player kills 4 enemies in a 5v5 match.

Stacking: When an entire team is placed in one area.

Rotate: When a player leaves an area they are attacking or defending to go to another.

Rush: When one team attacks the enemy team’s position in a coordinated attack. The act of rushing will typically take over the targeted area as the other team will be overwhelmed by the swift attack.

Save: When a player purposely runs out the round timer by running or hiding with the goal to save their weapons and equipment for the next round.

Wallbang: When one player shoots another player through a penetrable surface like wood or glass.

Counter-Strike: Global Offensive
Share
Amanda has been a gamer ever since she could wrap her fingers around a controller. Her experiences in the gaming industry range from professional competition participation, corporate marketing, all the way to video game reviews. Amanda's entire life has been dedicated to video games, and now her passion is to share her stories and experiences with readers from around the world! Amanda has previously written for Newegg's Gamecrate, ZAM, and Knowtechie.