How to Play Yone 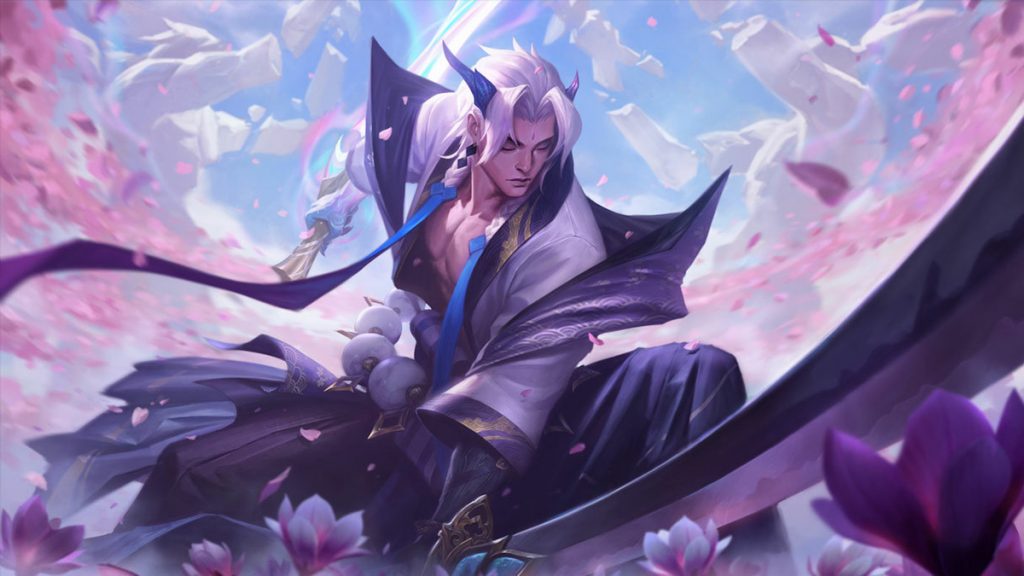 Yone is a great champion that looks even better when mastered correctly. Here are our tips for playing him. (Photo courtesy Riot Games)

Yone, the unforgotten is a dual-wielding Ionian that works as a top and mid lane assassin. He recently joined the game in 10.16 and is seeing decent play across every region. Since then, Yone has become  a new playmaking solo laner that everyone wants to master. We will go through the best tips and tricks and what to do to get the most out of Yone.

Yone’s kit is all about getting burst, trades, and cc onto his enemies. Typically, the kit is about getting sequences setup, being able to dive the opponents and dishing out as much damage before retreating off.

Passive – Way of the Hunter

Yone slashes forward, issuing physical damage to enemies hit. If it successfully hits, he gains a stack of Gathering Storm. Once he gains two stacks, he dashes forward and makes enemies airborne. This ability seems more of a merger of Yasuo’s Q and E ability.

Yone cleaves his sword to deal target maximum health in damage. If it hits an enemy, Yone gains a shield per enemy hit and increases per champion affected.

Yone enters his spirit form, leaving his body behind, but gains temporary movement speed. He can then attack and use his abilities while in this form. When his spirit expires, he returns to his body and deals extra damage to champions damaged during the process.

Yone slashes his sword in a line, teleporting behind the enemy hit furthest away. All enemies hit by the slash will become airborne and move to Yone’s new position.

Yone can either play in the top or mid position. Both lanes are perfectly acceptable for him, but the top lane offers a safer lane with less ranged poke to bother him. However, the mid lane is where he benefits the most with snowball potential.

Top lane is mainly about being able to handle a lane matchup that will not punish his weak early game. Top lane also tends to offer more melee matchups, meaning that Yone is less likely to deal with ranged poke withering him away. Mid lane tends to get more ranged champions that counter him with trades, but the opportunity for team play enables him to snowball as intended.

Yone benefits a lot from the top lane as it is a long lane, meaning players can get more out of his E’s disengage range. His E gains more movement speed and deals a minimum of 25% bonus damage dealt to the opponent during the duration. So, Yone has a generally better early game in the top lane.

However, Yone is an assassin, and will eventually fall off against the tanks in the top lane and the split push duelists that also live in the side lane. He will eventually need to get out of that lane if he wants to snowball the game. Otherwise, he will fall behind, and potentially even snowballing the enemy top laner.

In the middle lane, Yone has a weaker early game, but there is room to outplay in this position. While mid champions like Syndra Lissandra and other poke mages will hurt Yone, he can use this to his advantage. Allowing enemy mids to push in against him will only expose the enemy to a jungle gank. Combine this with his E and Yone has a way to re-engage and create a 2v1 quickly. Furthermore, Yone’s Q and W can hit multiple minions under the tower. Yone should not have an issue falling too far behind with missed CS under the tower. This will take a little time to get used to, but smart play like this allows Yone to survive lanes he should otherwise suffer.

But the main benefit of why Yone should play mid is because of objectives. Yone will find opportunities to roam, contest junglers, objectives, and more in mid, and this is where his assassin playstyle comes in. Using his gap closing, bonus damage, CC from his Q and ultimate means that he is a great team fighter and 1v1 assassinator.

Players should be aware that other players easily read Yone. When it comes to playing the aggressor, Yone is going to look for an opening with R on many targets or to zone in on the carry threats. Because of this, players should look for other players being the focus and flank the side or flash engage to force what Yone needs. Using these two scenarios makes it easier to make clear plays with his Q and R, followed by the sustain from his W.

One of the best interactions the champion has comes from his E. Using his E allows him to mop up any status effect that takes time to activate. Things like Urgot and Lillia ultimate and Zoe bubble are such effects that can be removed from him. However, it is not able to escape zone effects like Camille ultimate. Instead, Yone will move back to his other form and stop at the edges of these effects. This is part of the reason why his place in the top lane is weaker when it comes to the post six gameplay.

Moving on, players need to be aware of positioning on his E. Players will find that it is easy to trap a returning Yone going back to his physical form. Therefore, it is worth paying attention to whether it is safe to use E in that position. What players may find is a Caitlyn trap waiting to spring as he returns to his body, or hooks ready to catch him out.

Yone builds very similarly to Yasuo. Like Yasuo, he benefits from attack speed  as it lowers his ability cooldowns, while crit is doubled and gives him tonnes of stats. Therefore,Berserker’s Greaves, either Statikk Shiv or Phantom Dancer, depending on if you need offense or defense, moving into Infinity Edge and a Death’s Dance. Situational items include any item they need to survive or use to sustain themselves or lower enemy resistances.

As for runes, Yone has two options working well for him; and these are Conqueror and Fleet Footwork. Conqueror is the better rune choice if the enemy has plenty of tanky champions among them. This is because Yone will find himself in fights for longer, and so he gets more value out of dealing with tankier enemies. Otherwise, Fleet Footwork is the better option for general sustain. Not to mention that Fleet Footwork should always be the go-to rune in mid lane, as it gives free health back and brief movement speed when procced. This is the best sustain rune for champs with a weak early game in solo lanes. 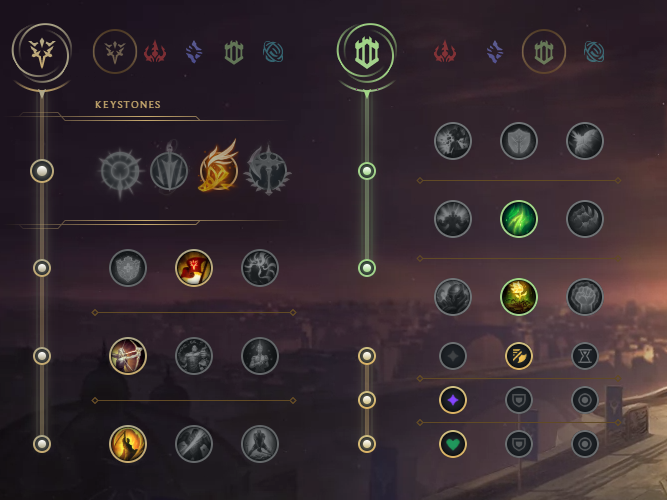 One possible rune page that Yone could use in the mid lane.

As for secondary runes, players will either look in the Domination or Resolve trees to find the extra stats. The domination tree provides bonus healing from Taste of Blood and Ravenous Hunter, which are key for giving him sustain he needs. However, players can also go into Resolve for runes such as Second Wind or Revitalise. Both runes provide healing that occurs when taking damage. The assessment should be made depending on how much pressure the enemy has vs how likely you will be able to play aggressively.

This concludes our Yone guide. Be sure to check out our other LoL guides and watch out for when Samira’s release and how to play her, as she is the next exciting champion to join League of Legends diverse champion list.