Everything We Know About Samira – League’s Latest Marksman 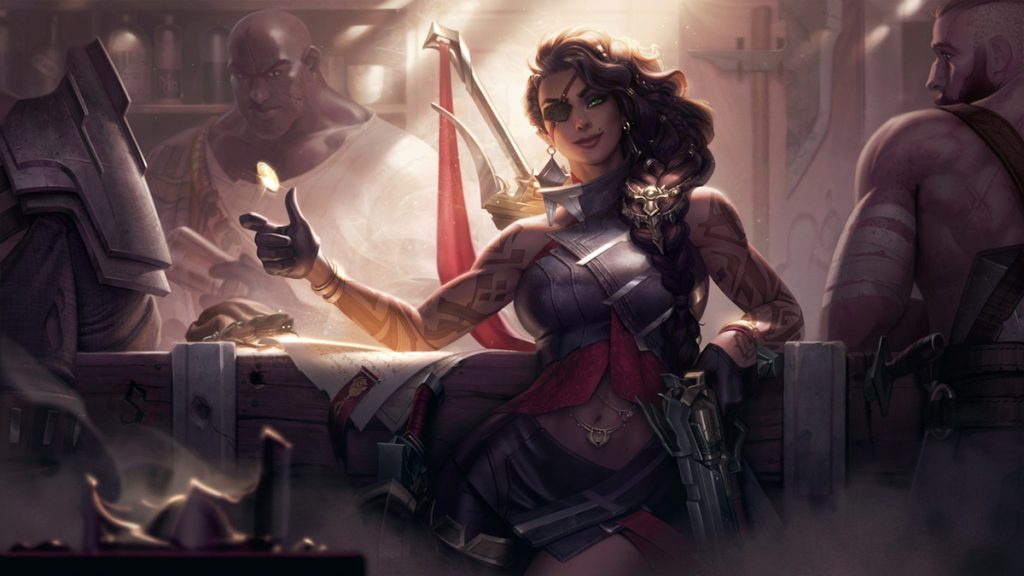 Riot Games has revealed yet another new League of Legends Champion soon to be heading to the PTR. Samira is a brand-new Noxus based Champion that uses a mix of gun and sword skills to enter the role of a marksman.

If Samira can chain different abilities and basic attacks together, then she increases her style. Every time this is successful, she gains a letter, starting from E and ending in S. There is a total of six letters in the passive. Every letter in her style meter gives her bonus movement speed for those stylish plays.

Furthermore, Samira equips both a sword and gun, allowing her to deal melee auto-attacks and ranged auto attacks. If she auto attacks in melee range, she deals bonus damage. Finally, she can extend the CC duration on movement impaired opponents by juggling them in the air.

Samira fires a shot at an opponent when she is in range with her guns.  Enemies in melee range will instead be sliced at by her sword.

Samira slashes her sword around her, damaging enemies in the radius and destroying enemy missiles in the area. The ability also lasts a little longer, allowing her to destroy missiles that get close after the initial swirl.

Samira dashes through enemies or allies, dealing magic damage to enemies she passes through while granting her bonus attack speed for a duration. Takedowns on opponents resets this ability.

Samira unleashes a torrent of shots from her guns 10 times. These shots deal physical damage, applies life steal and can crit opponents.  The ability can only be cast if she has filled her passive meter to S, the final letter in the meter.

Samira is the latest Marksman joining the game, that aims to repeat the style switch up that Aphelios brought to the bot lane. While Samira does not necessarily switch weapons the same way Aphelios does, Samira juggles her range positioning instead.

Samira seems to be the new hype playmaking Marksman, that aims to outplay using her movement speed and combination of ranged and melee abilities. However, the champion is a high-risk high reward Champion and will need smart ability rotations and positioning to get the hype passive meter up.

It seems like Samira will benefit the most from raw damage, life steal and critical strike in her build path. Items like Manamune for its bonus AD with the Presence of Mind rune could be useful, alongside tankier and shredding items like Black Cleaver. This is not unusual as the likes of Senna are currently benefitting from these items. However, the core of Samira should always include the likes of Bloodthirster and Infinity’s Edge. These two items grant her all the stats she needs to excel in her Ultimate and more.

As it stands, Samira is designed for the bot lane, and to be assisted with CC based supports. Her ability to survive fights and manoeuvre around them is crucial to getting into her ultimate, hence the need for CC supports. Enchanter based supports are another solution to help sustain her in potentially weak trading. Also, Riot’s Lead gameplay Designer, Mark Yetter mentioned he’d look to change Samira if she finds more success in positions other than Bot Lane.

Our expectation (and goal) is that Samira is primarily a bot lane carry.

Off roles In other lanes are fine but if she is primarily somewhere else we will fix it.

Newly announced champions like Samira tend to make their way onto the PTR not long after Riot reveal them. However, patch 10.18 is still being developed and won’t join this build. It seems more than likely that Samira may enter the PTR for patch 10.19 testing and possibly even 10.20. Either way, it looks as if Samira is a distant release for LoL’s live servers.