How to Play Revenant 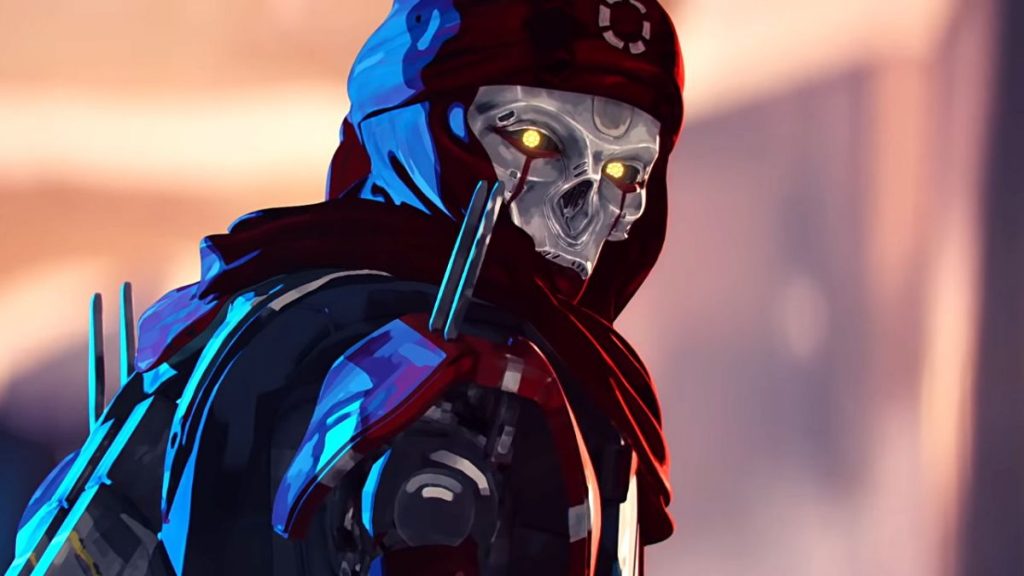 Revenant, the greatest hitman the Mercenary Syndicate has ever seen, is now a playable legend in Apex Legends – and the walking nightmare of steel is quite a handful. The reveal trailer – which no one saw coming – introduced him as a guns blazing contract killer. But the key to success with Revenant is something substantially more subtle. Here’s our guide to Apex Legends’ newest face.

Revenant is a nimble offensive Legend whose quick movement makes him ideal for players keen to initiate combat and take their enemies by surprise. He works well in combination with legends such as Pathfinder and Octane that can also traverse distances at great speed, and scale buildings and obstacles with ease.  His tactical ability can silence enemies, while his Ultimate can revive fallen teammates. This makes him a perfect backline legend. 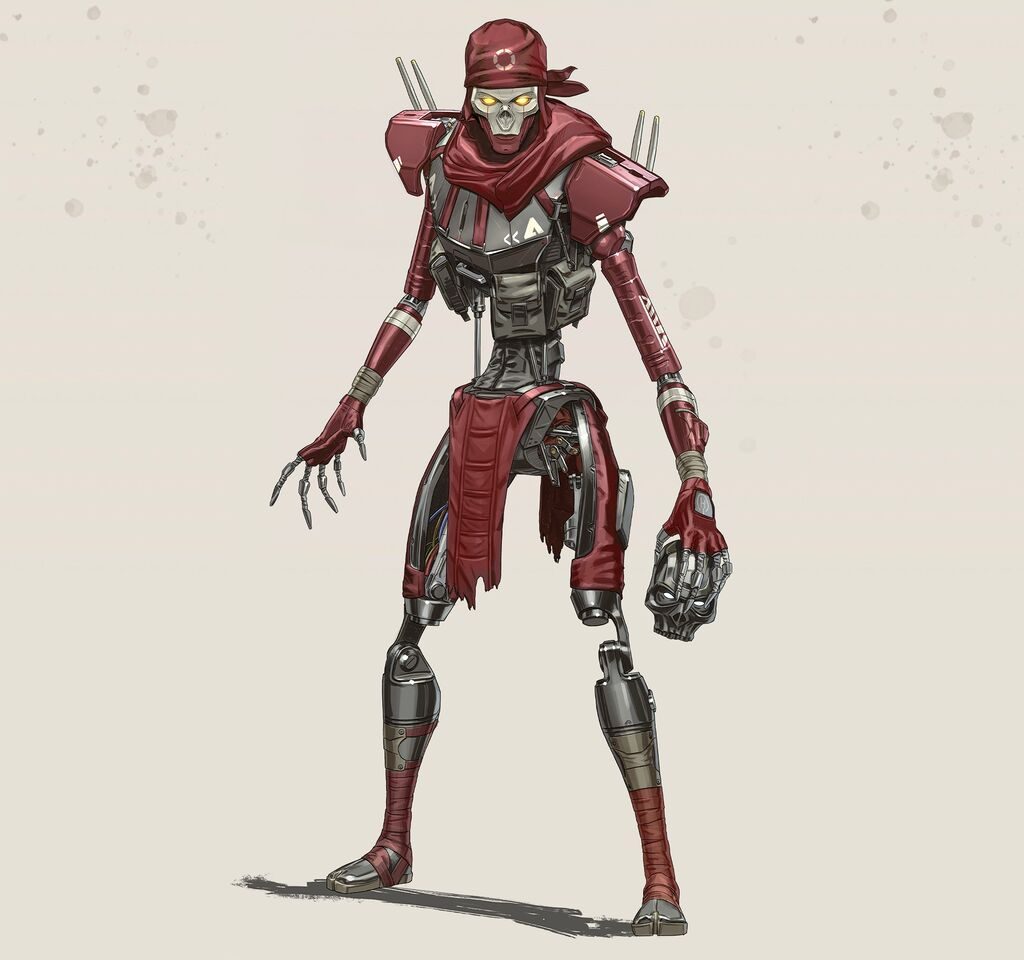 Revenant’s first skill is Stalker – a passive ability which allows Revenant to crouch walk faster and climb walls higher than other legends. In fact, Revenant’s crouch walk is as fast as his normal walk. This means you should be abusing crouch as much as possible to sneak up quietly on unsuspecting victims. Another perk of Revenant’s quick crouch walk speed is that you have enough momentum to slide while crouched, not to mention aim down sights without a huge disadvantage in terms of movement speed. Bunny hopping? Yep you can do that too.

Your first instinct may be that this is an invitation to charge head first towards your enemies, but you would be mistaken. Revenant is swift, able to climb 25% faster than other legends, and twice as high. Why storm the front door when you can scale the back of the building and pop up where your enemies least expect it? The fact that Revenant can climb twice as high means he can reach places previously only accessible to Pathfinder or sometimes Octane, for example the roof of the train stations on World’s Edge. So, the first step to becoming the world’s greatest Revenant player is to take full advantage of your passive Stalker skill and get to sneaking. That way, they never see or hear you coming until it’s too late.

Revenant’s Tactical ability is called Silence. When activated, he will throw a device that explodes on contact. This will leave an orange cloud for six seconds.  Enemies that are hit by the device or walk into the cloud will take 10 damage. More importantly they will have their abilities disables for 10 seconds. When you first pick up Revenant you may think this is a great initiation ability, but it’s at its most deadly when you have already had a favorable trade with an enemy and they turn to run. Why? Because Revenant’s Silence disables escape abilities such as Wraith’s Into the Void, Pathfinder’s Grappling Hook and Octane’s Stim. At that point, the enemy’s only choices left will be to stand and fight or to try to climb to safety. But with Revenant’s 25% climb speed bonus, they won’t get very far should they cowardly attempt to flee.

A useful tip is that Revenant’s Silence can be cast even while healing, firing or riding a zipline. Make use of the ability whenever you can to block doors on a hot drop, or to cut off a pathway to give you enough time to make an escape.

Although Silence only deals 10 damage, its visual presence can be terribly off-putting to enemy players not familiar with the ability, and the loud sound cue when it lands can distract your enemies just enough so you can get the jump on them. I mean who would willingly walk into a glowing orange ball of deadly energy that’s blocking the doorway? Psychological warfare is the name of the game and make use of it whenever you can. Don’t forget to fire a quip or too for good measure, Revenant has some truly soul-crushing burns.

Do be aware that you are not immune to the ability. Should you get caught by your own Silence you will not be able to cast your Ultimate. Furthermore, Silence does not disable passive abilities like Mirage’s Encore Or Gibraltar’s Gun Shield.

How the Hell Does Death Totem Work?

Finally, Revenant’s Ultimate ability is Death Totem. With it, he releases a small totem that lasts 30 seconds and has 100 health. Once created, you and your allies can activate it to become “shadows” for 20 seconds. While a Shadow, healing items cannot be used and body shields will not block incoming damage. However, should a shadow player fall in battle they will respawn at the Death Totem. Sounds good, but let’s get into the fine print.

First of all, the Death Totem has a max radius of 60 meters, and should you leave the radius for more than 1 second you lose shadow status. To ensure you don’t leave by accident, keep an eye out for the blue ring around the totem. That’s your point of no return.

When you respawn after falling as a Shadow, you will only have 1 hp and whatever body armor you had when you fell. So as Revenant make sure you stock up on Syringes and Med Kits. All players can only use the Totem’s Death Protection once – note how I said all players. Yes, even your enemies can activate it. You should probably be aware of this if you’re going to be a Revenant god. 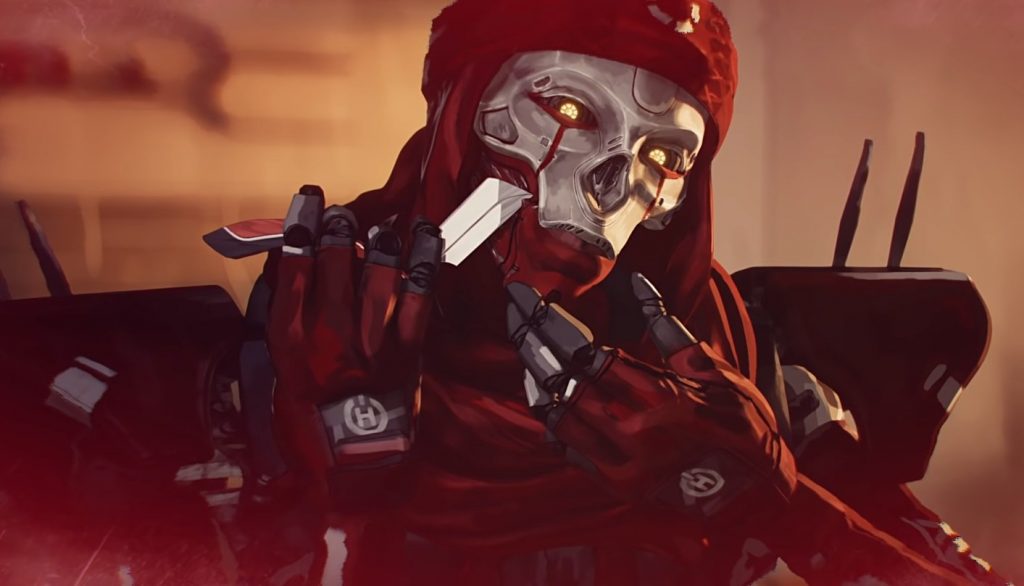 Death Totem does have its drawbacks, but a little bit of foresight will assist you in becoming Apex Champions. First of all, do not place your Death Totem in plain sight. Enemies can not only use it, but they can destroy it. On top of that, if the enemy team knows where it is when they kill you as a shadow they know exactly where you’ll respawn.

To avoid having this issue use Revenant’s insane movement to place the Death Totem out of harm’s way. Even better, consider placing it on top of a building ahead of a risk encounter. Although the radius of the Death Totem is 60 meters, there is no vertical limit. This makes Capitol City prime real estate. The higher the totem, the safer it is when you respawn. A well placed Death Totem allows you to dive to get allied banners, go for some clowny plays, or have a breather to heal up and plan your next course of action after a botched encounter. Do not squander it, as it has a 180 second cooldown.

A few words of caution. Firstly, heal before you use the Totem. Secondly, Keep an eye out for Caustic’s as their Nox Gas bypasses shield and will knock you out instantly when you respawn if they’re clever enough to place it next to your Death Totem. Thirdly, when in shadow form remember you have just 20 seconds to do the damage. So don’t let enemies stay knocked. Thirst them to kingdom come. 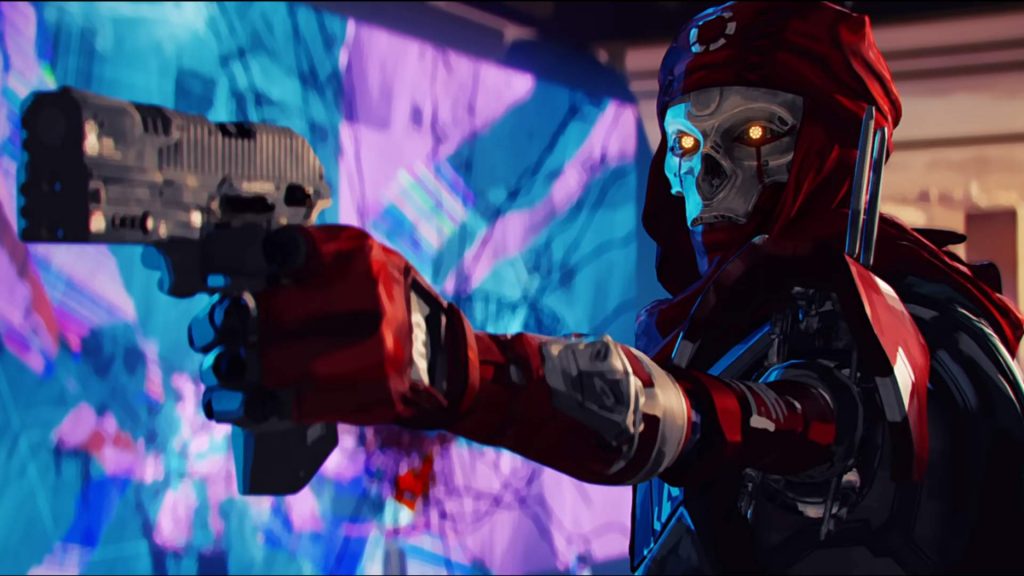 In summary, being a convincing Revenant player is far more complex than just waltzing into a gun fight and dropping a Death Totem. Remember you are an assassin. Approach your enemies from all sides with Stalker, mess with their game plan with Silence, and use your Death Totem as a safety measure when you’re heading into a fight.

Revenant can be unlocked with 750 Apex Coins or 12,000 Legends Tokens.