How to Play Barakett Promenade 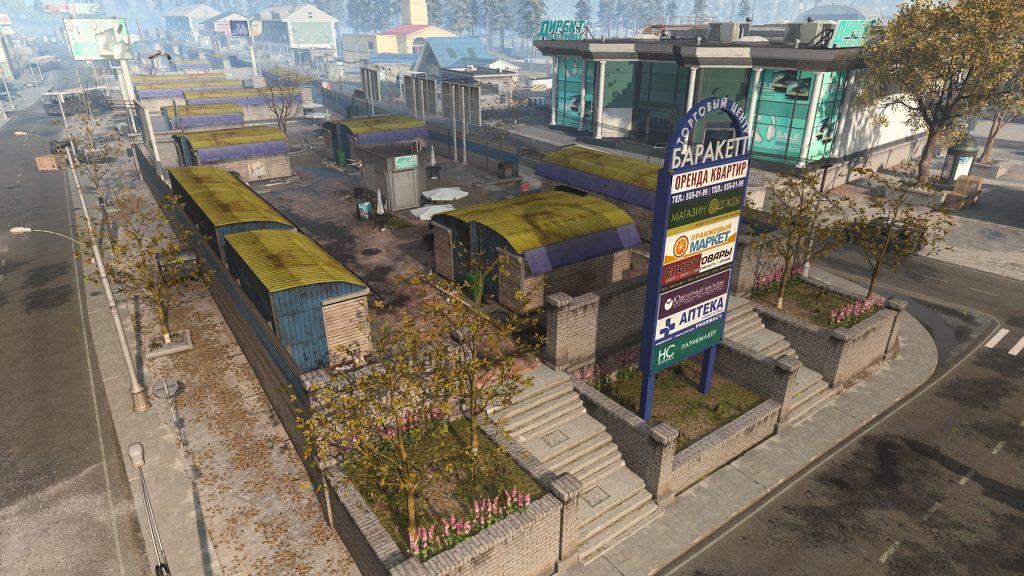 The familiar map offers some of the most intense Ground War game play. (Photo courtesy Activision)

Here is a breakdown of Barakett Promenade and what you need to know about each area of the map.

The two spawns lie at the opposite ends of the market area at the Pharmacy and the Gas Station. These areas are not usually contested unless a team manages to push the enemy team back to their spawn area.

This happens more often in Barakett Promenade than other maps as there is less space between each flag and teams with momentum can steam roll enemy players. The market areas can be held by a solid team, however, so knowing the best way to flank or surprise enemies is key. 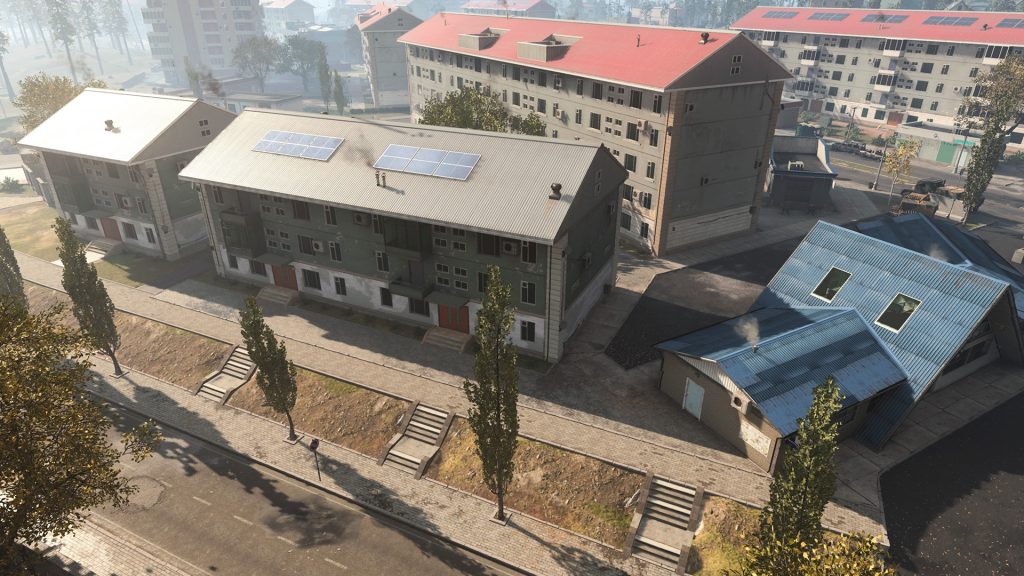 The Pharmacy is the Coalition Spawn and is at the eastern edge of the map. The blue building has a first floor area that does not provide much strategic value but does provide a nice area to hide when calling in killstreaks. Players can also get on top of the building which provides a decent field of view on the roundabout and part of the Western Market.

The Pharmacy is the last line of defense for Coalition players who have been pushed all the way to their spawn. 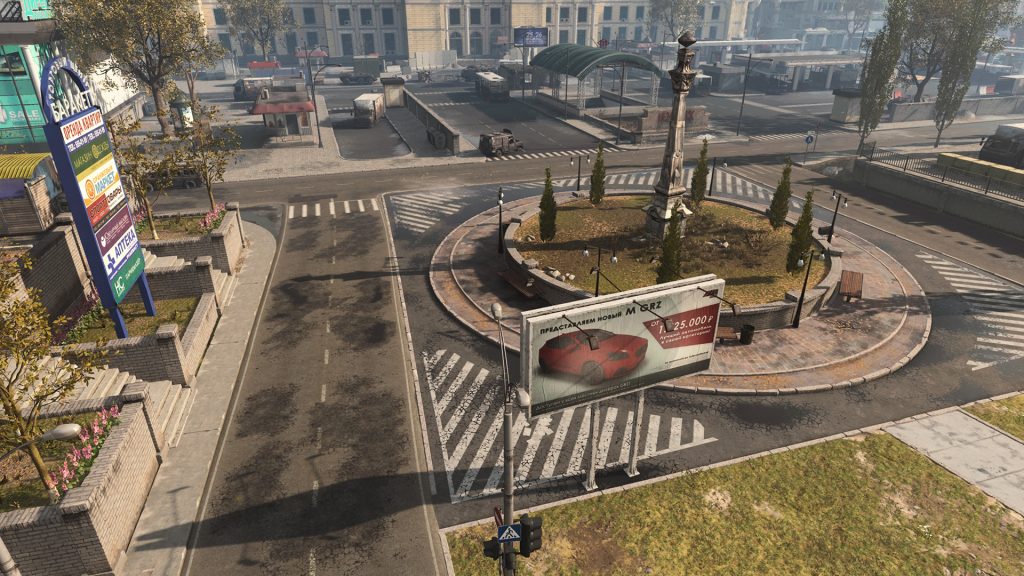 The Roundabout is where the E flag is located in Ground War and is directly next to the Coalition Spawn at the Pharmacy. Players do not usually stay in this area for long as there is not much cover and snipers often look for players pushing from spawn.

This is a very important flag to hold when playing on the Coalition team as it is very difficult to retake. Enemy players will hold the Roundabout from the Eastern Market entrance while Coalition players will have to run across open ground to recapture the flag. Make sure to always check for players sneaking around the sides of the markets who will try and take this flag while the other team is distracted. 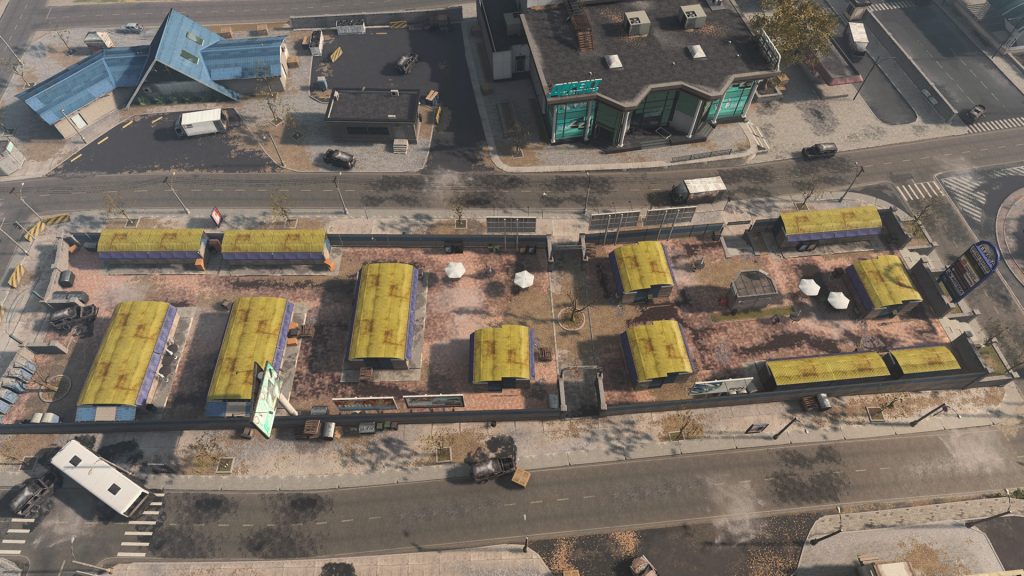 Both sides of the market feature two long streets that run to the end of the opposite end of the map. Players often use these streets to flank around the markets and to get the drop on unsuspecting enemies. This type of flank can break a team’s hold on a flag and turn the tides of a match.

A center street separates the east and west Markets, but there are various barriers and vehicles that provide cover in this area. There are also objects players can climb near the C flag to watch the center street and defend from advancing enemies.

The C flag is one of the most important flags on the map as it serves as a spawn point for the team that controls it. If Allegiance players are able to take this flag they will be able to spawn deep into Coalition territory. The same concept applies to the B flag in the Western market. 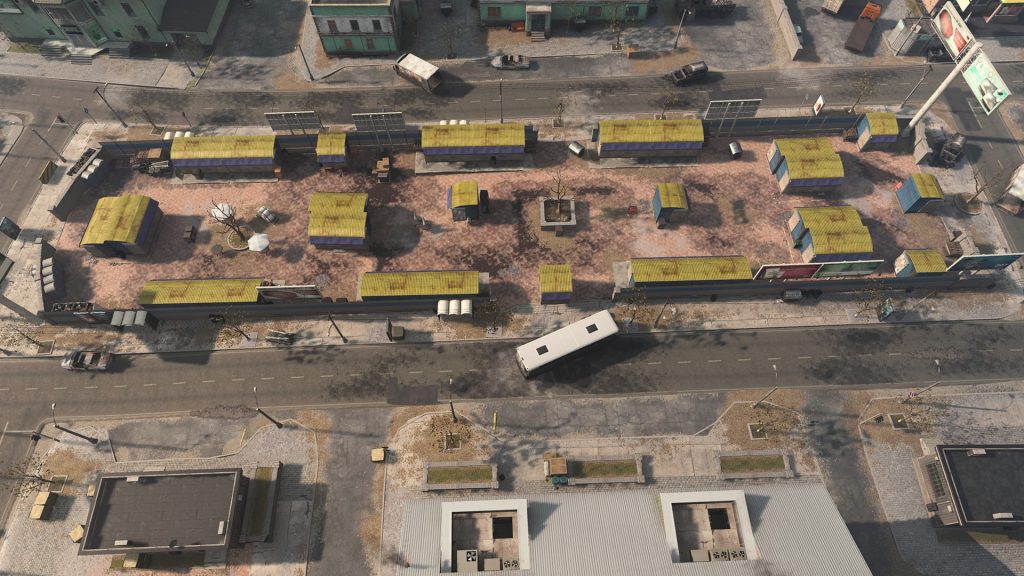 The Western Market is home to the B and A flags and is the market closest to the Allegiance spawn. The layout is similar to the Eastern Market; A long market area with two long streets on either side.

Many snipers will climb the market stalls in this area to cover the Coalition side of the map. There are several vantage points for them to use where they can watch the center street and the two streets on the outskirts of the map.

There are two entrances to the market area from the outer streets which players often use to flank players protecting the B flag. Sneaky players can rack up a lot of kills if they manage to avoid detection, especially when snipers are focused on far away enemies. These two entrances should be watched or covered by equipment such as claymores to prevent disaster.

The A flag is similar to the E flag as it is very important and hard to retake. The Allegiance team needs to keep this flag in their control to prevent being dominated and giving the enemy team an easy win. 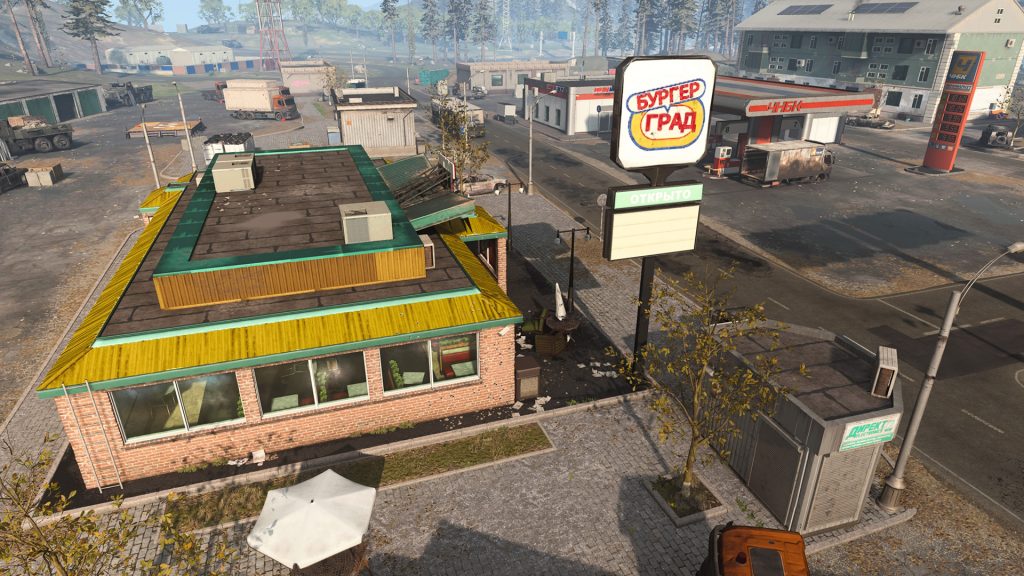 The Gas Station serves as the Allegiance spawn and can be useful for long range players. There are objects players can climb in the area to watch the two streets on either side of the map or the Western Market.

There is cover from airstrikes as well, so keep that in mind if you are bogged down by enemy killstreaks.

While the area does have some value, players do not want this to be their only spawn point in a match. Losing A flag is almost a guaranteed loss as there is an open area between the Gas Station and western Market. Crossing and retaking A flag will be difficult, and players will be in the same situation as if they lost the E flag on the Coalition team.

Barakett Promenade matches are usually back and forth bouts or a one sided affair. Teams should push quickly and together to take flags early in the match. Retaking flags on this map is very difficult and momentum is key.

Players should not continuously run into fortified positions, however. If enemies are holding the main entrances to the market, flank around and create an opening for your teammates. If the side streets are covered by snipers a well placed smoke grenade can cover your advance.

If an enemy team manages to push you to your spawn, coordinate with your team for one big push to overwhelm the enemy. Also beware of enemy killstreaks as most of the map is outside and an airstrike can wipe a full team.