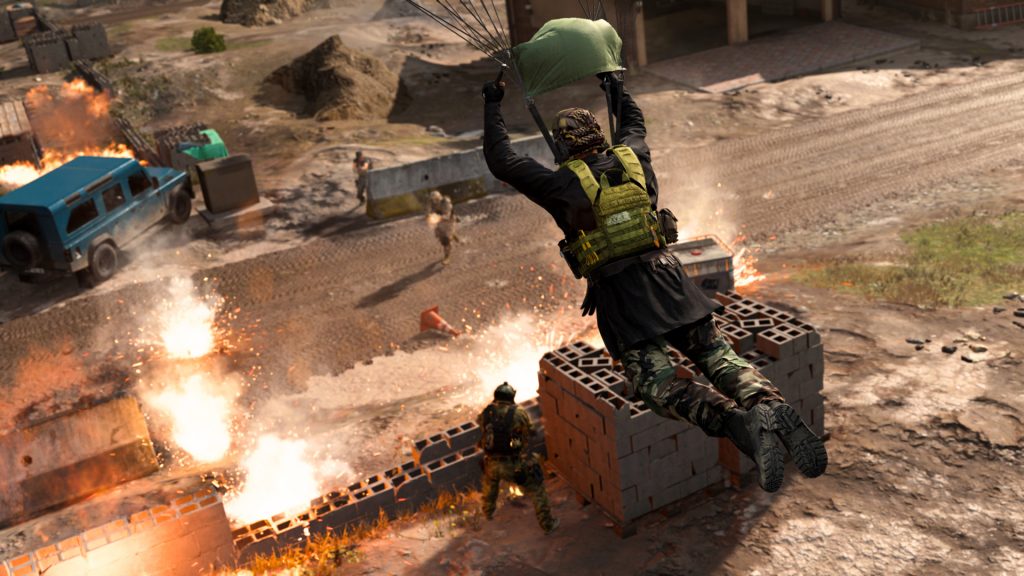 Every location in Warzone has loot, but some have a higher chance of spawning legendary equipment. (Infinity Ward)

Call of Duty: Warzone features a huge map full of diverse locations and points of interest. Deciding where to land can make the difference in winning or losing a match, so knowing what areas have the best loot is important.

Some areas have a lot of high-quality loot but are very popular spots which are always crawling with enemies. Other locations have less valuable loot but will have less enemies’ players will have to deal with.

This guide outlines the best places to land to find the most valuable loot, but players should expect a lot of enemies who are also after the legendary items.

Every location on the Warzone map has a designated loot drop rate that can be found in the official Call of Duty: Warzone strategy guide. The official guide discusses specific areas in detail and provides a brief overview of what type of loot players can expect. The loot level for each location is measured by a white bar which shows how likely legendary items will appear at that specific location. The higher the bar means the higher quality of items will be found, and the lower the bar means that the area will be full of common and uncommon items.

The following locations will have the best loot according to the official guide. 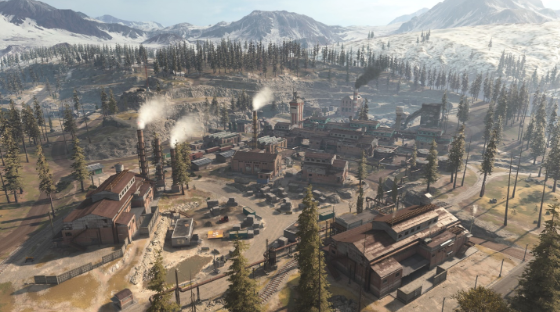 Karst Rive Quarry is a popular location to drop that provides a lot of loot in its immediate area. There are two areas that are likely to have high quality loot: The railyard and shipping area. These two areas have a full loot bar rating in the official guide and players will likely find legendary and epic items.

Most other areas in and around the quarry do not have a high loot rating, but players will still be able to find items that can get them through the early game. This is a popular place to land if it is near the drop path so be prepared to fight enemies as soon as you land. 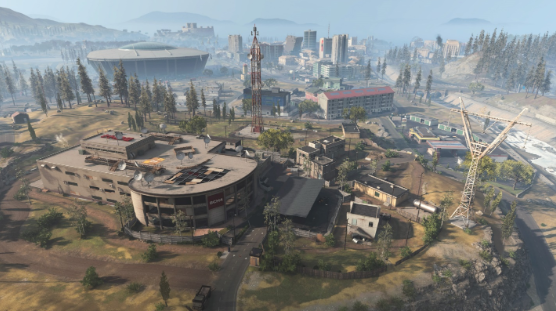 TV station is a recreation of the fan favorite map “Broadcast” from Call of Duty 4. This location is another area that has a high chance of spawning legendary loot and has several loot crates throughout the building. This location is in a central area of the map and is easy to reach in most matches. This is one of the hottest drops in the game, so going after the items is a very high-risk/high-reward situation. 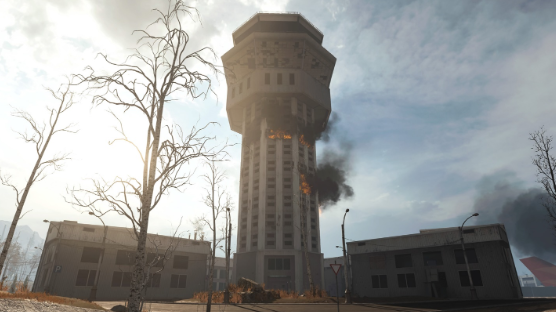 The airport has several areas where rare loot can be found and has three specific legendary spawn areas. The control tower is likely to spawn legendary items each map, so if your squad is landing here it is a solid place to start. The main terminal also has a high chance of spawning legendary items but may attract more players.

The final location to find Legendary items is the terminal parking structure and skybridges. This area is often looted by players going towards the center of the map after landing on the runaway and hangers and is usually ignored on the initial drop. Players who want quality items but want to avoid early firefights should aim for this solid location. 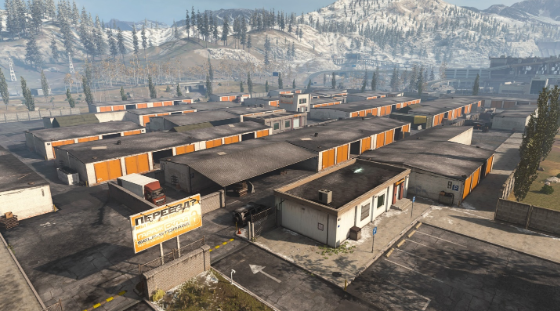 Storage Town is located just south of the Airport. This point of interest features a maze of self-storage units and military tents that has a high chance of spawning legendary loot. This area will attract a few players every match, so make sure to check all corners and buildings while navigating the area. 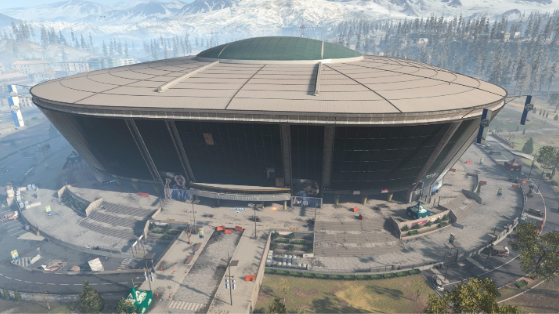 Stadium is an interesting point of interest that is currently inaccessible. There is no way to enter the stadium right now, but there is loot all around the building. Players should not land on top of the stadium as nothing spawns up there, but there are crates around the perimeter
that have a high chance of spawning legendary items and equipment. 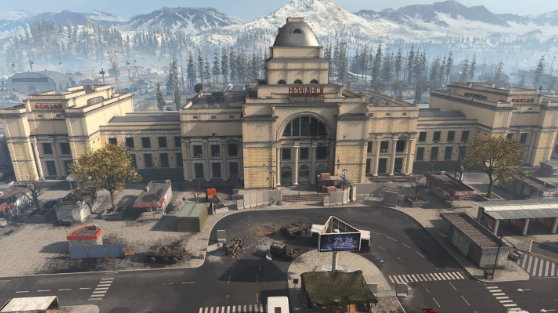 The train station is a well-rounded point of interest that provides a lot of loot. The Ticket Hall and Concourse area has the highest chance of spawning legendary weapons, so squads should start here and loot the surrounding buildings before moving locations. 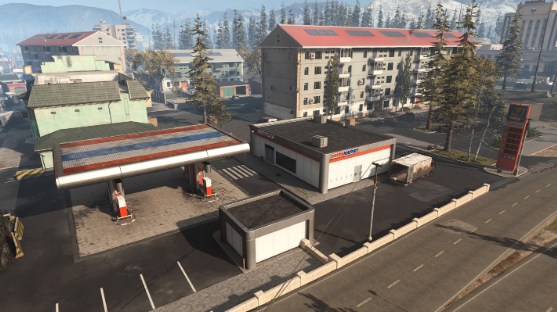 The gas station, bank, and apartments block have the highest chance of spawning legendary equipment according to the official Warzone guide, so players should drop here to find the strong weapons items before moving into the rest of the area. This is one of the most popular places to drop in Warzone, so squads should be prepared for several fights. 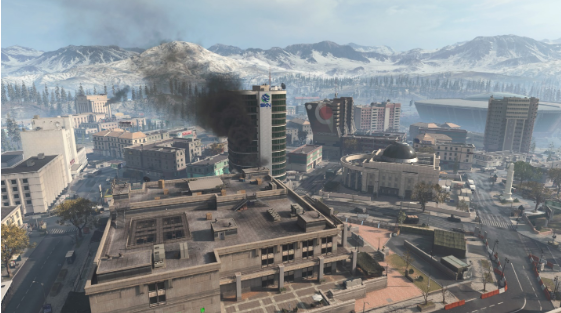 The downtown area has dozens of buildings that have several floors for players to explore. A couple of areas have a higher chance of legendary items, however.

The entertainment district is in the northwest area of downtown and has a high chance of spawning legendary items. This area features several buildings, so make sure to explore them thoroughly before moving on.

The art museum and art district also have a high chance of spawning legendary loot, so if your squad wants to land in the downtown area, this is a great place to start. This area is also relatively close to the entertainment district, so looting both areas is a good strategy and solid start to a game.

The financial district is the final point of interest in the downtown area with a high chance of spawning legendary loot. This area is far away from the other legendary downtown areas, so make sure to loot and move to the other areas quickly before the items are taken by enemy teams. 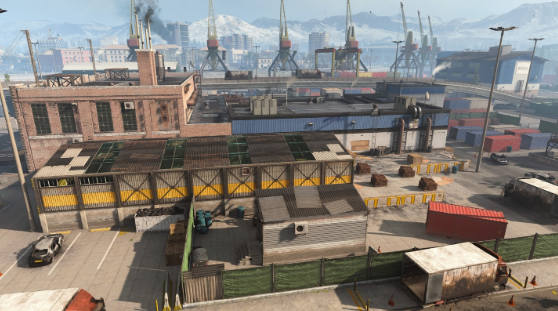 Port of Verdansk is a ground war map featured in the Modern Warfare multiplayer mode and is now a part of the large Warzone map. The Call of Duty 4 map Vacant can also be found within the port which has a high chance of spawning legendary weapons. This iconic map can attract a lot of players depending on the drop path but is often overlooked if it is not in the first safe zone. Squads should take advantage of these situations to find high quality loot with little resistance. 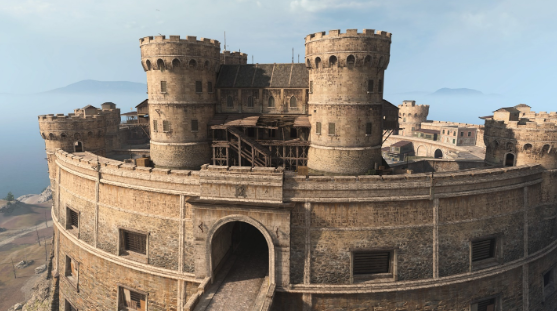 The prison complex is an accurate recreation of the Gulag campaign level from Modern Warfare 2. The iconic building. The Gulag Battlements and Prison area has a high chance of spawning legendary items and in the various towers and buildings in the courtyard. The interior of the prison does not have as high of a legendary drop rate but is a good place to continue looting before moving into the central area of the map. 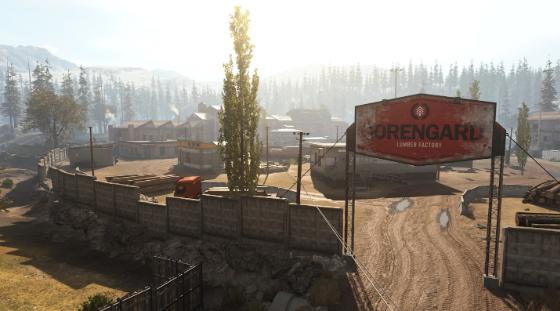 The central area of Gorengard lumber yard has a high chance of spawning legendary items. The surrounding buildings also have a high chance of spawning epic items, so this a solid place to land to find weapons for a full squad. This is a very popular place to land depending on the opening drop path, so players should see how many players are landing with them while dropping.

Loot at other locations

These locations are where high-quality loot is most likely to spawn. There are dozens of other locations around the map where players can find quality loot. A lot of these locations can be considered hot drops, which means a lot of teams will likely land there. Teams who want to avoid fights should experiment with these locations in different matches and see which provides the most reward for the lowest risk.

Custom loadouts are also a huge part of Warzone, so players should use these places as a starting point and upgrade their equipment if necessary in the late game. Finding the perfect landing spot can help teams survive the early game and have the tools needed to win the match.