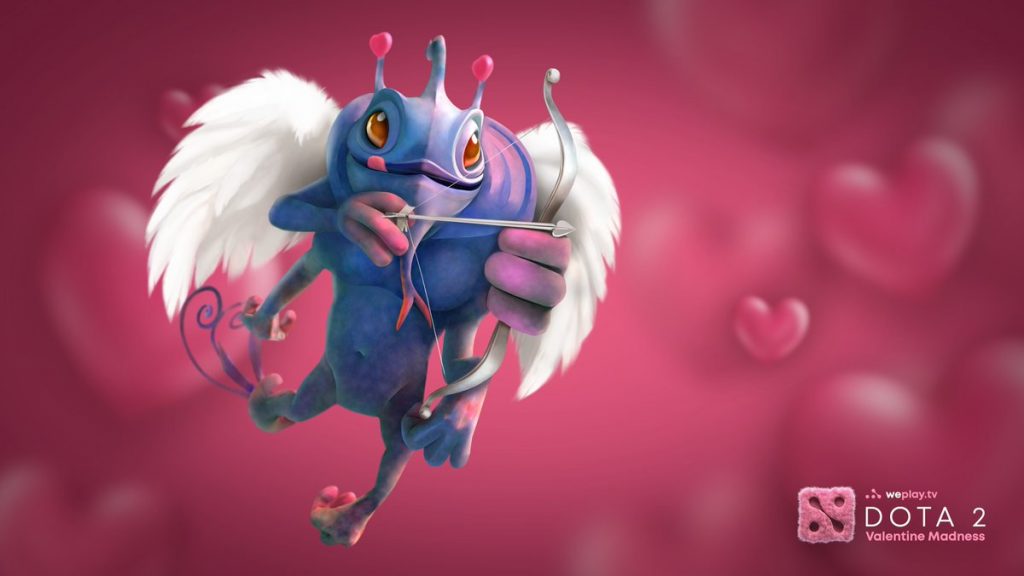 Gambit Esports defeated Ninjas in Pyjamas at the WePlay! Valentine Madness tournament, successfully defending the title they won at the Winter Madness event.

Twelve teams competed for the $100,000 USD prize pool. Gambit took home $50,000 for their troubles. Despite being reigning WePlay! Dota 2 champions, Gambit Esports went into the Grand Finals versus Ninjas in Pyjamas as the underdogs. This may have been because NiP had qualified for the DreamLeague Season 11 Major while Gambit had to settle for the StarLadder ImbaTV Minor. The latter is still an important qualification, but less impressive than the Major.

Regardless, Gambit pulled out the win. They took game one in an impressively quick 20:09. NiP rallied to take the lead early in game two and they never gave it up, but Gambit snatched back games three and four. They used heroes like Visage and Ursa to overpower and outplay NiP, who will have to settle for second place time around.

The two teams will both go on to compete at ESL One Katowice 2019, which begins next week on February 19.

While the WePlay! Valentine event was an online competition, all of the casting was done on-site at the WePlay set in Kiev, Ukraine. The tournament lived up to expectations in terms of embracing the theme. Casters were dressed in colorful, fuzzy onesies or angel costumes, with the main couch a huge pink confection covered in teddy bears and pillows.

It was a long event for Roberto “RobAJG” Gonzales to make his debut at as a Dota 2 host. The gaps in his familiarity with Dota 2 were visible, but overall the event rolled along smoothly. Sometimes the Valentine’s theme tiptoed past the edge of family-friendly during moments of banter, but there were also some highlights inspired by the theme. Check out the series of Purge guides for things like “Girlfriend Matchmaking” and “Playing Relationship.”

Meet the Tug of War series of the #WePlayDota2 tournaments.
⏳The first battle in Radiant's realms is scheduled for February 26.
💸The prize for the best warriors will be $50,000.

WePlay! has already announced their next Dota 2 event, a tournament entitled WePlay! Tug of War: Radiant that will begin the Tug of War series. It will take place from February 26 – March 2. The event will feature twelve invited teams competing for $50,000 USD and an invitation to the Tug of War: Mad Moon event.

Will Gambit Esports be back to prove themselves the ultimate WePlay Dota 2 champs? Stay tuned for more details.