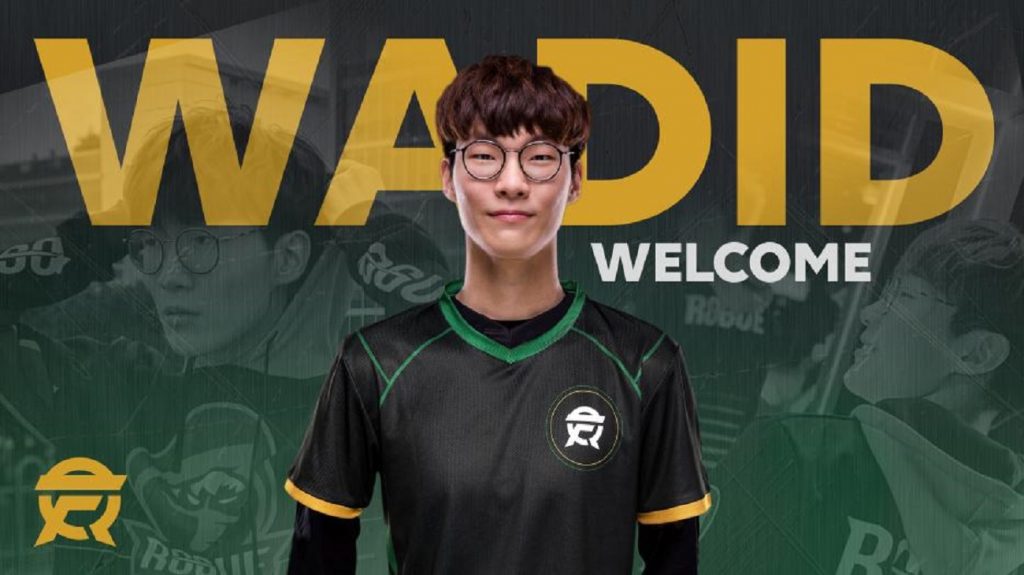 This will be Wadid’s first appearance in the North American LCS. Previously, he has been in Europe for the past three years, and prior to that, competed in his home country of Korea. Wadid first joined the EU scene on ROCCAT in 2017 before being picked up by G2 Esports in 2018, which saw him head to the World Championship semi-finals. However, G2 decided to make big changes into 2019 which saw Wadid benched for Mihael “Mikyx” Mehle. Wadid had finally found a home at Rogue where he rotated between their LEC and academy teams. Now, his move stateside will see him team up in the bot lane with NA veteran, Jason “WildTurtle” Tran.

I'm rly sad to be leaving Europe like this, but after an underwhelming split, this change was definitely needed. Special thanks to @FlyQuest for giving me a chance to prove myself again, even through the middle of the season. It's time to take on a new adventure. #FLYWIN pic.twitter.com/3zFUEDreh1

“First of all, we want to thank FlyQuest for making this trade possible,” Rogue’s managing director, Anna Baumann, said in a statement. “After an underwhelming split, we are committed to making the necessary changes to improve for the upcoming LEC Summer Split 2019. Our goal is to compete for the LEC top spots in the near future.”

Selfie has been in the League of Legends scene since 2014 when he made his professional debut with the EU LCS team SUPA HOT CREW. Since then, Selfie has played for Echo Fox, H2K-Gaming, Misfits Gaming and boasts going undefeated in the EUCS regular season with Schalke 04 and Rogue’s current support, Oskar “Vander” Bogdan.

Selfie will be a critical part of Rogue rebuilding for the Summer Split. The organization showed a poor performance in the Spring Split with a 0-8 start and inevitably finishing in last place.

Of the trade, Rogue’s general manager, Tomislav Mihailov, said, “We are confident that Wadid will be a great fit for FlyQuest and wish him the best for the future…. Selfie is a player that I followed closely over the years. As a Polish player, he gives us great flexibility for our LEC and Ultraliga team.”

You will be able to see both players in full action when the LEC and LCS Summer Split starts next month.