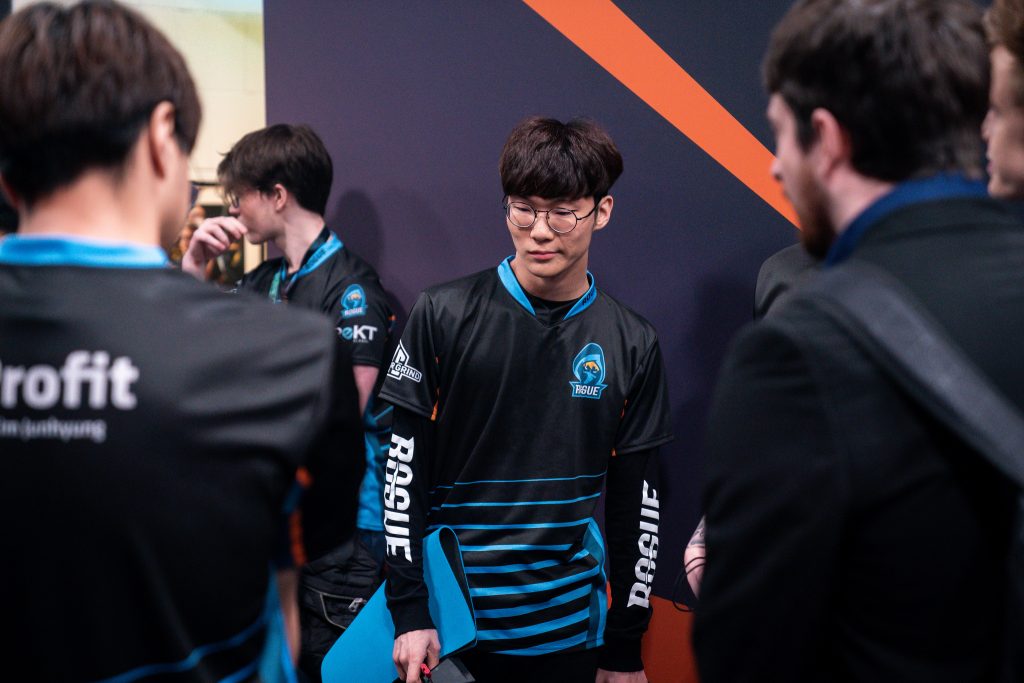 Rogue confirmed they are moving forward with the intention of creating a 10-man roster with players from their LEC and ERL teams being decided weekly.

After a poor starting performance in LEC, Rogue have announced they are making some changes to their starting roster. The team currently sits at 0-8 in the standings and are set to face a tough week ahead by competing against Schalke 04 and Team Vitality who both sit at 6-2.

Starting this week, Rogue have confirmed they are moving forward with the long-term intention of creating a 10-man roster with players from their LEC and ERL teams being decided weekly.

Important changes to note include top laner Finn “Finn” Wiestål and support Oskar “Vander” Bogdan moving to the LEC starting roster for this week. Vander is a familiar face to the European league with having had starting spots on H2K, Schalke 04 and Team Vitality.

Rogue have also confirmed they have signed Oskar “Raxxo” Bazydło as their new support for Rogue Esports Club. Kim “Wadid” Bae-in was unable to step into the starting spot on the team with the restrictions of the ERL residency rules. The ERL rules dictate the squad needs at least 3 Polish players on a team and currently Kim “Profit” Jun-hyung and Emil “Larssen” Larsson are taking up both import slots. However, going forward, Rogue have confirmed that Wadid and Vander will share scrim time but the starter position for LEC will be decided on a day-to-day basis.

Confirmed rosters for this week will be:

“It was our goal from the beginning to build a strong roster of 10 players to give the players the opportunity to help each other and improve together,” says Rogue General Manager Tomislav “flyy” Mihailov “Additionally, it will give the coaching staff flexibility in the future. In preparation of that, we started to build the infrastructure necessary to support two full teams in Berlin and move members from Rogue Esports Club to Berlin as soon as possible.”

With the LEC split already half-way through the season it is vital that these changes make a real impact for Rogue if they want to prove there are a top EU team.