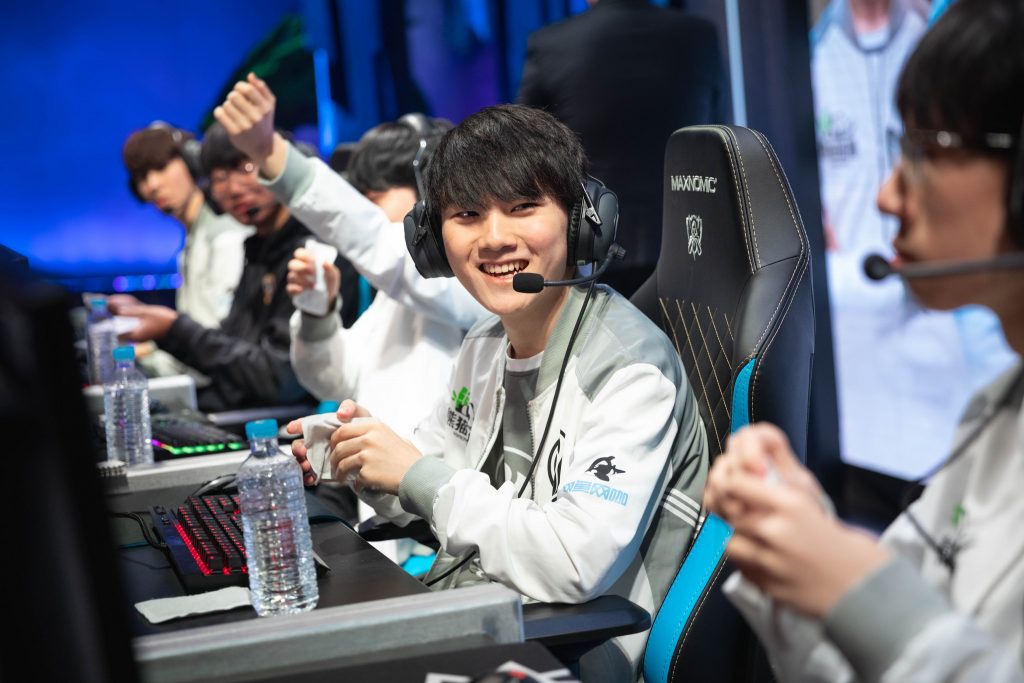 Invictus Gaming swept G2 Esports in 2018 League of Legends World Championship semifinals and have booked themselves a date in the Finals on Nov 3.

Invictus Gaming swept G2 Esports 3 games to 0 to advance to the 2018 League of Legends World Championship Finals. They will meet the winner of Fnatic and Cloud 9 on November 3rd.

Game 3 was G2’s best hope at making a move in the series. Jankos’ Camille and Perkz’ Lissandra roamed top to find kills on Ning and TheShy to give G2 the early lead. They grew their lead to 7 kills to 3 by 14:30 with a 2.5k gold lead. However, things instead started to turn toward Invictus Gaming at 16 minutes. Jankos failed a mid-dive and IG killed him and chased down Wadid’s Alistar.

Then at 21:30, TheShy popped Aatrox’s World Ender to end Worlds 2018 for G2. He hit a massive four-man knock up on G2 to turn the dragon fight around for IG 3 kills to 1. IG secured Baron at 24:15 and pushed down double inhibitors by 26:20. G2 made a final desperation play to chase IG afterward, but IG won that team fight 4 kills to 1 and took double nexus towers. IG then ended the game on their next push, advancing to the finals 22 kills to 12 in 29 minutes.

G2 opened the series by attempting to ban out Ning and JackeyLove. G2 banned Xayah and Kai’Sa — the only two champions JackeyLove had played so far at Worlds 2018 — in the first ban phase. They then banned Camille and first picked Xin Zhao out of the second ban phase, forcing Ning onto Jarvan IV.

Unfortunately, the cost was giving Akali to IG and allowing Jayce to be picked into Aatrox. All 3 IG lanes smashed their matchups early and G2 were never competitive in the opening game. JackeyLove showed his proficiency on Lucian, finishing the game 6/0/6. IG finished the game 16 kills to 4 in 29 minutes.

After Rookie crushed Perkz in the Jayce versus Aatrox matchup in game 1, it was TheShy’s turn against Wunder. Jankos put in an early gank to give Wunder an early kill, but TheShy countered with a solo kill at 6 minutes. G2 tried to bring Perkz’ Irelia to kill TheShy at 19 minutes, but his Jayce calmly turned it around and killed Perkz while dodging the Irelia ultimate.

G2 had a nice pick at 21:10 to quickly take down Ning and JackeyLove, but TheShy teleported in and IG picked up 2 kills of their own. IG took down their first inhibitor at 24 minutes before transitioning back to Baron. Wadid’s Tahm Kench brought in Jankos for the steal attempt, but Ning secured Baron and IG quickly killed the G2 duo. IG marched through G2’s base for an 18 kills to 11 win in 27 minutes.

TheShy staked his claim as the best top laner in the world with his performance against G2. He finished the series with a 12/5/15 K/D/A performance in the three games  — all on carries.