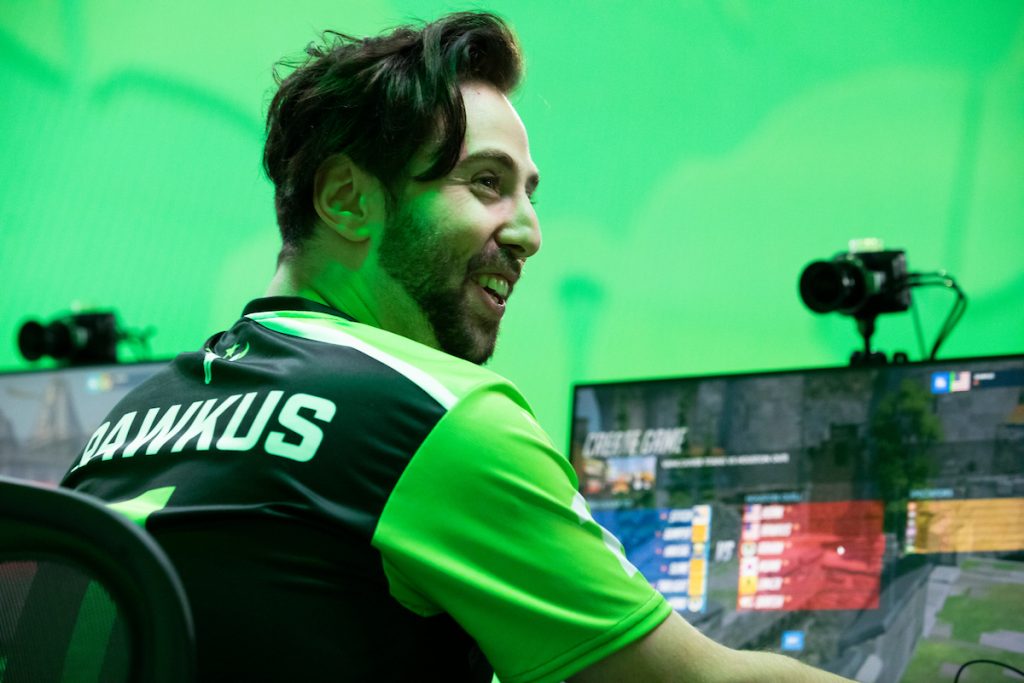 Rawkus started his Overwatch career with FaZe, and will now return as the final member of their inaugural VALORANT team. (Photo courtesy Robert Paul - Blizzard)

FaZe Clan announced on Wednesday they have signed recently retired Overwatch player Shane “Rawkus” Flaherty to be the final member of their VALORANT roster. Earlier this week, FaZe also signed former OWL pro Anrej “babybay” Fracisty, who retired from the Overwatch League in July. With the addition of Rawkus, the FaZe lineup will include four former Overwatch League players and one former professional Counter-Strike: Global Offensive player.

Meet the 5th and final member of our Professional Valorant Roster, joining us to finalize the FaZe Clan lineup making our debut in this weekend's #FaZeInvitational!

Rawkus retired from Overwatch on Saturday, citing a desire to pursue a career in VALORANT as the primary reason for his decision. He explained in the FaZe announcement on Wednesday that he doesn’t want to be known as an Overwatch League player, he wants to be known as a fierce competitor. Rawkus started his pro career playing for FaZe’s Overwatch Contenders team back in 2016 before being signed to the Houston Outlaws Overwatch League team in 2017. With Wednesday’s announcement, Rawkus has come full circle, returning to FaZe to compete in VALORANT.

He stated his excitement for the move in the announcement video: “I am so excited to join FaZe. Back in 2016 they were the first team ever to give me a chance to be a pro player in Overwatch. Now in 2020, same thing in VALORANT. To represent one of the best orgs with the greatest people, I am super stoked.”

The new team will compete together for the very first time in the Ignition Series FaZe Clan VALORANT Invitational, which is scheduled to start on Thursday, August 6th at 2 pm PT.