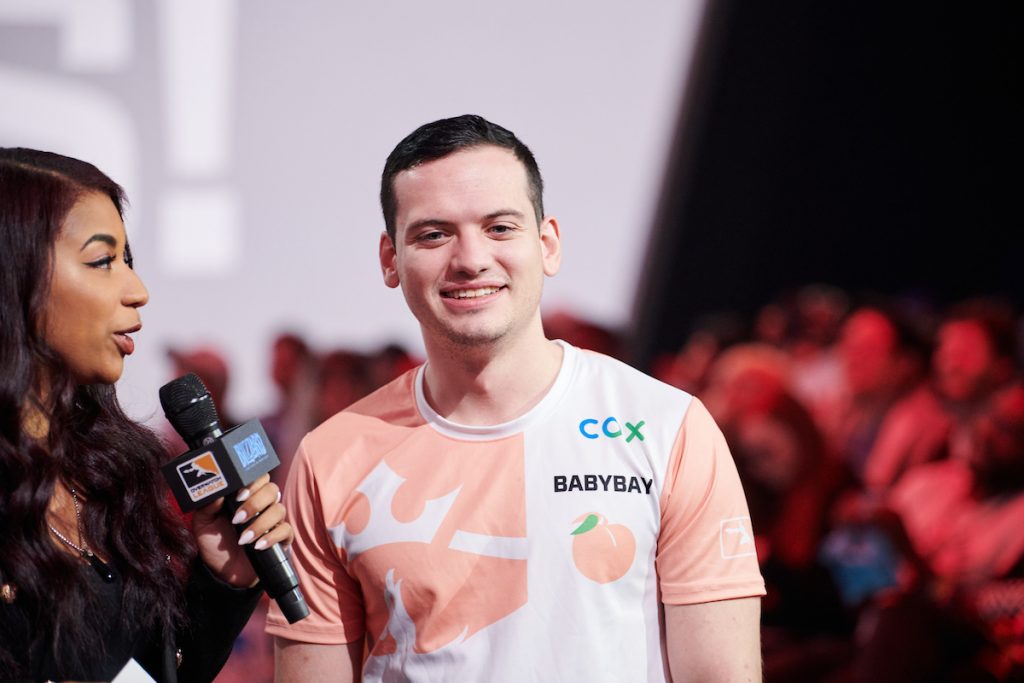 Babybay is the fourth to join FaZe's VALORANT roster, leaving room for one more player (Photo via Blizzard Entertainment)

The FaZe Clan announced the fourth member of their VALORANT roster on Tuesday, former Overwatch League player Andrej “babybay” Francisty. He joins Corey “Corey” Nigra, Zachary “ZachaREEE” Lombardo, and Jimmy “Marved” Nguyen, all of whom signed with FaZe over the past couple of months. With four players secured, there is still one more FaZe VALORANT team slot up for grabs.

Meet the 4th member of our Professional Valorant Roster…

In July, Babybay abruptly retired from Overwatch League and left his starting DPS role on the Atlanta Reign. Many speculated he was considering playing VALORANT next, since he has elite hitscan aim skills and he has been playing VALORANT recently on his Twitch channel. However, the player made no mention of his plans. On Tuesday, Babybay posted the cryptic message “Today’s the day…” on Twitter, teasing the announcement which came later that day.

Babybay has been playing Overwatch professionally since 2016. Before joining the Overwatch League, he played for a number of Tier 2 teams, including a recurring appearance competing with the player-owned North American organization Kungarna. In 2017, he signed his first Overwatch League contract with the San Francisco Shock. As a member of the Shock’s inaugural roster, he played in the first Overwatch League match ever. In the middle of OWL Season 2, he was traded to the Atlanta Reign, where he helped serve the Shock their only defeat in the 2019 OWL Season 2 playoffs.

With babybay’s addition, the majority of FaZe’s VALORANT roster will be former Overwatch players, regardless of who fills their final spot. Many Overwatch League players have left the Overwatch League this year to pursue VALORANT, including most notably OWL Season 2 MVP Jay “sinatraa” Won who is now the team captain of the Sentinels VALORANT team.

Babybay and the rest of his teammates are expected to make their debut together at the Ignition Series FaZe Clan VALORANT Invitational, which is set to start on Thursday, August 6th at 2 PM PDT.

Tune-in to the FaZe Clan VALORANT Invitational, presented by @Verizon & @NissanUSA, where @PlayVALORANT's newest agent will be making her tournament play debut

It is unclear if they plan to pick up another player before then, or if they will play with a stand-in. ESPN reported that the FaZe Clan is considering signing recently retired Overwatch League player Shane “Rawkus” Flaherty as well, but that report has not yet been officially confirmed.