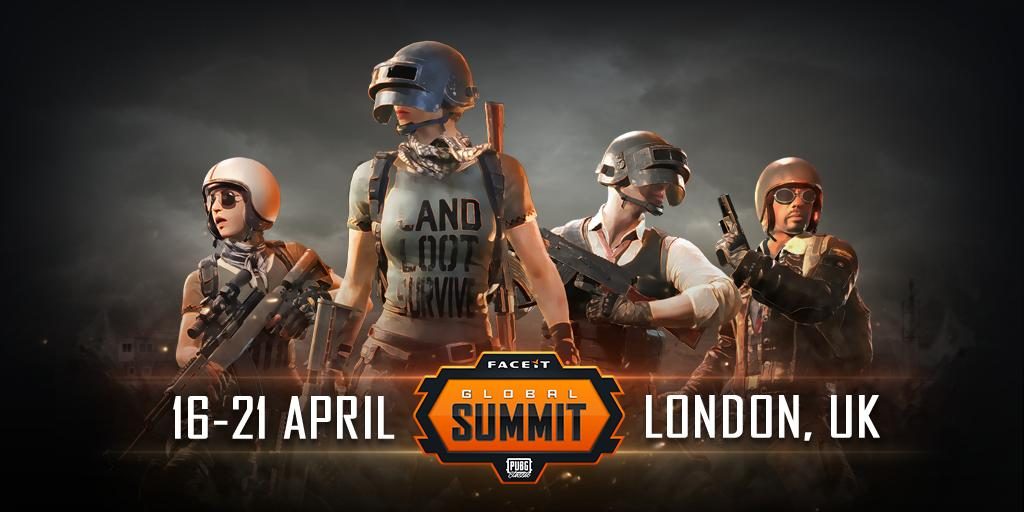 FACEIT have announced their partnership with PUBG for the first international event of the year. The FACEIT Global Summit: PUBG Classic will take place from April 16th- 21st at ExCeL London.

The tournament will see 24 teams from the game’s regional circuits invited to take part in a qualify round. More information on the qualifying criteria for the FACEIT Global Summit will be revealed soon.

After the qualify round, teams will move onto the group stage which will be played over three days from April 16th to 18th. Teams will be split into three groups, with each group playing against each on six maps. Placements are decided on total points over 12 matches.

FACEIT confirmed that group stages matches will be played from London, but will be only broadcasted online.

The elimination stage will then take place on April 19th where the bottom 16 teams from the Group Stage will compete over six maps to determine who makes it to the Grand Finals and who is out of the tournament. Placements are decided on total points combined from Group Stage and Elimination Stage maps, with the bottom eight teams eliminated from the competition and the top 8 teams moving on to the Grand Finals.

The Grand Finals take place over the 20th – 21st of April where the top 16 teams go head-to-head. Placement will be determined over 12 maps, with 6 maps per day over the two Grand Finals days.

FACEIT also confirmed the inclusion of a show match between six teams who took part in the FACEIT PUBG Showdown. The PUBG showdown was a three-month online tournament which was introduced to help players develop and allow more competitivity within the community.

More format and ticket information can be found at the FACEIT Global Summit website.

PlayerUnknown's Battlegrounds
Share
Laura Byrne
Laura’s love for esports started when she attended her first event back in 2015. After a few years of working in corporate events, she decided to turn her passion into a career. She now works as an esports journalist covering anything esports-related, from League of Legends to the industry at large.
Follow me