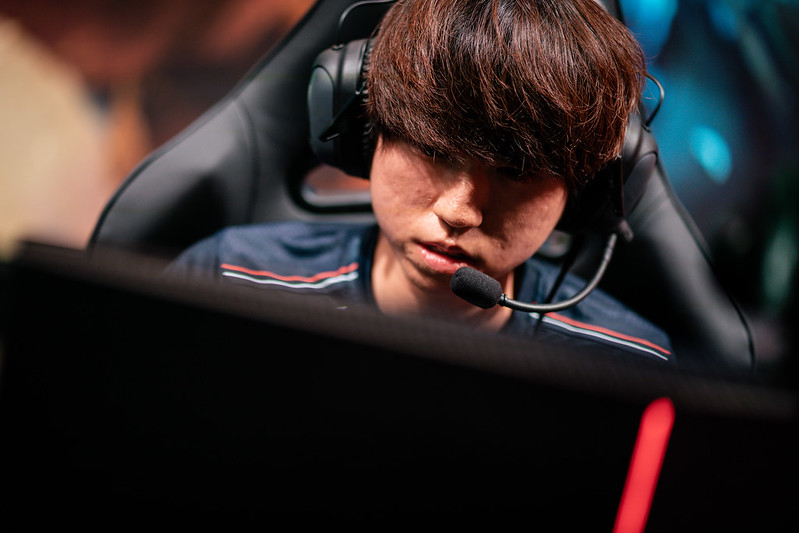 Excel Esports have moved on from Mickey and Expect heading into the Summer Split. (Photo courtesy Michal Konkol - Riot Games)

You joined us in December of 2018 and have been making us and the fans smile ever since. Thank you for everything you have done, we appreciate you so much.#ThankYouExpect pic.twitter.com/04yyD5HvJG

Expect joined Excel at the end of 2018, debuting for the team in their inaugural LEC season in 2019 Spring. He began his career with Midas FIO in his native South Korea, later moving to 2144 Gaming in China. From there, he moved to Europe to play for G2 Esports, Origen, and Fnatic before joining Excel.

Expect did not have the type of dominant impact you would expect from an imported player. His 2.1 KDA (8th among LEC top laners), -50 gold difference at 10 minutes (6th), -117 experience difference at 10 minutes (7th), and 21.7% team damage percentage (8th) all put him in the bottom half of the league. The only champion that Expect won with more than once during the season was Gangplank, a pick that strives to survive lane rather than win.

We appreciate everything you have done. You will be missed dearly. We wish you all the best with whatever you decide to do next. 🧡#ThankYouMickey pic.twitter.com/8yaLEsFA8Q

The same disappointment could extend to Mickey. Though he has been considered a more mechanically gifted player than Expect in his career, Mickey did not have much more of an impact this season for Excel. His 2.7 KDA (8th among LEC mid laners), -222 experience difference at 10 minutes (9th), -1.1 CS difference at 10 minutes (8th), 427 damage per minute (8th), and 23.9% team damage percentage (9th) were all among the worst in the league.

The one area that Expect and Mickey performed above expectations was in kill participation. Mickey (69.1%) and Expect (63.4%) both ranked first among their peers in that statistical category.

While there is no obvious landing spot for the pair in the LEC, it should not be a problem for them to find work in some region. Like Expect, Mickey has bounced around the world in his pro career, playing in China, Korea, North America, and Europe.

Excel have top laner Rosendo “Send0o” Fuentes and mid laner Joran “Special” Scheffer under contract for their academy team, BT Excel. The duo are coming off a perfect 14-0 regular season in the UKLC Spring Split, though the team lost to Fnatic Rising 2-3 in the finals. Excel could also look outside the organization for replacements. Europe has many national leagues, and as MAD Lions proved, new talent can emerge quickly.