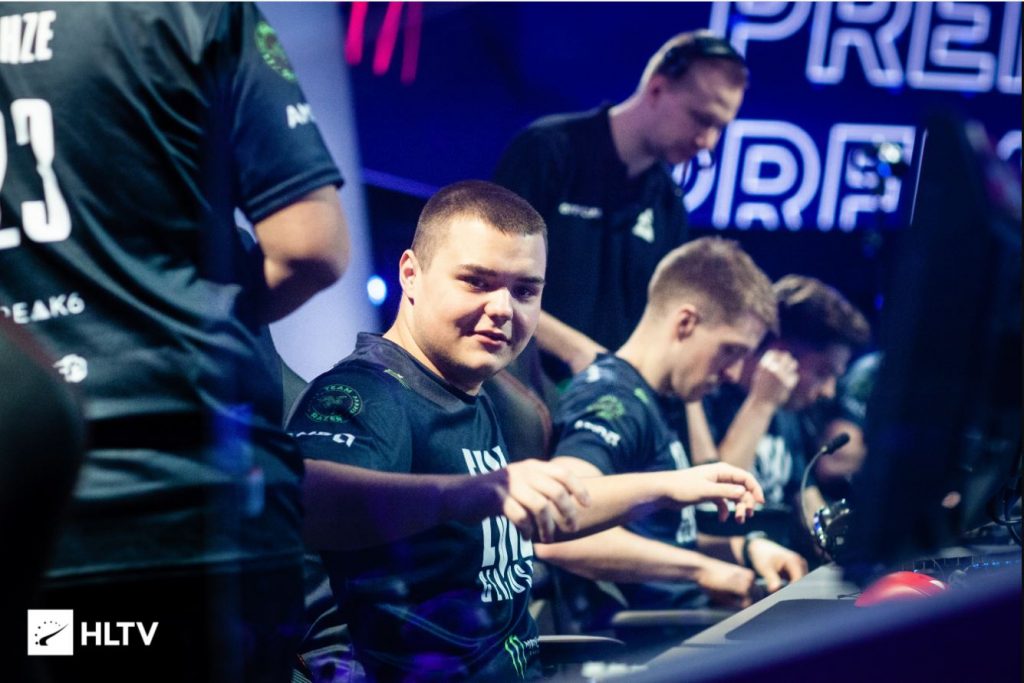 Group A saw the two prominent Brazilian rosters in FURIA and MiBR, as well as two up and coming NA squads in Gen.G and Chaos. Day one played host to the domestic duels. FURIA and MiBR went head to head on Inferno with the former starting on CT side. The score at the half was a close 8-7 lead for FURIA, but the tides would turn when MiBR swapped to the defense. Multiple MiBR members stepped up to pull them across the finish line 16-13.

The North American brawl was a much more one-sided affair, with Gen.G taking an expected, comfortable 16-8 over Chaos on Mirage.

With MiBR holding the tiebreaker over FURIA, they had prime positioning to take first seed in the group. FURIA would need to win out and get some help from the NA squads to pass MiBR in points. They would get their wish on day two of matches. After running back Inferno against Gen.G, FURIA came away with a needed 16-8 win. Kaike “KSCERATO” Cerato popped off with a 27-11 K-D ratio and 113.0 ADR.

In the second match, MiBR also opted into another Inferno game. However, this one would not go nearly as well. After winning the initial three rounds, MiBR started to collapse. Chaos took a 9-6 T side lead at the half, then won six of the first nine rounds on their defense. At 15-9, the game seemed out of reach for MiBR. However, the Brazilians banded together to pull off a six round streak led by Fernando “fer” Alvarenga’s 28 kills. MiBR avoided a loss, but the tie result still hurt their chances at first seed.

MiBR’s next match against Gen.G only made their fears grow. After taking a decisive 12-3 lead on Train CT side, MiBR had just as many issues attacking as their opponents. The lead quickly shrunk, with Gen.G eventually pulling off the 15-15 result. The one point guaranteed a third-place finish and playoff berth for Gen.G, while MiBR now needed FURIA to lose if they wanted top seed.

FURIA would do no such thing, taking care of business against the last place finishers in Chaos. The 16-5 result was the fastest game throughout the Group Stage. In a group of Brazilian dominance, FURIA were just the cleaner team overall. MiBR’s double draws against the NA teams cost them the direct pass to Finals, and they must now play through Semifinals. Gen.G will also have a shot against Group B’s second seed.

EG Check Back In

On paper, Group B was much more stacked than its counterpart. Evil Geniuses and 100 Thieves represented the top level of NA competition, while a rising Cloud9 and a wildcard Triumph rounded it out. EG, 100T, and C9 were all in the same group at DreamHack Spring just over a week ago, so high stakes rematches were aplenty.

To kick off the group, EG and 100T faced off on Nuke. A week ago, EG took down 100T in a full three maps. The result would be mirrored, with the Geniuses pulled out the 16-12 win headed by Tsvetelin “CeRq” Dimitrov at 29 frags.

Next up was Triumph against Cloud9. C9 took a 10-5 lead on their T side half, before Triumph came roaring back. Surprisingly, they had a very well-planned attack of their own. Even when things crumbled, Triumph’s individuals pulled of key plays to give them a 16-13 upset win.

Cloud9’s woes continued, as they barely lost a close 16-14 against Evil Geniuses. With the game on the line, Vincent “Brehze” Cayonte came up clutch to secure the win and put EG in control of first seed.

That matchup wasn’t even the closest on the day. Triumph once again showed their strength and grit in a match against 100 Thieves. Despite going down 3-12 on Nuke T side, Triumph once again made a massive second half run to bring the game back. 100T were unable to close out on three map points, bringing the game to a draw. This result was actually the most interesting one possible. Now, both matches on the final day had massive implications.

Cloud9 vs 100 Thieves was a battle for playoffs. The loser would be sent packing, but a draw would put 100T through. The Thieves once again opted into Nuke and now started on T side. As if looking at their previous failure, 100T put up 11 rounds on the attack. Even so, the massive lead would not be enough in the end. Cloud9 fired back with their own unstoppable T side, taking 12 rounds and edging out the Thieves 16-14. Despite Justin “jks” Savage dropping 34 frags and 110.9 ADR, 100 Thieves would be going home in last place.

The final match was Evil Geniuses vs Triumph. All EG needed was a tie or better, while Triumph had to win to take first seed. This match was a back and forth affair, with neither team being able to separate themselves. Clutch after clutch ensued, with the game going the full 30 rounds. In the end, EG barely managed to claw back a 15-15 result, securing first seed and a trip to Finals.

Despite the unfortunate finish, Triumph truly came out swinging in this group. It will be interesting to see how Evil Geniuses continue to play in playoffs.

The playoff format will be identical to the European side, except without Quarterfinal matches. MiBR vs C9 and Triumph vs Gen.G will be the matchups on June 5th.