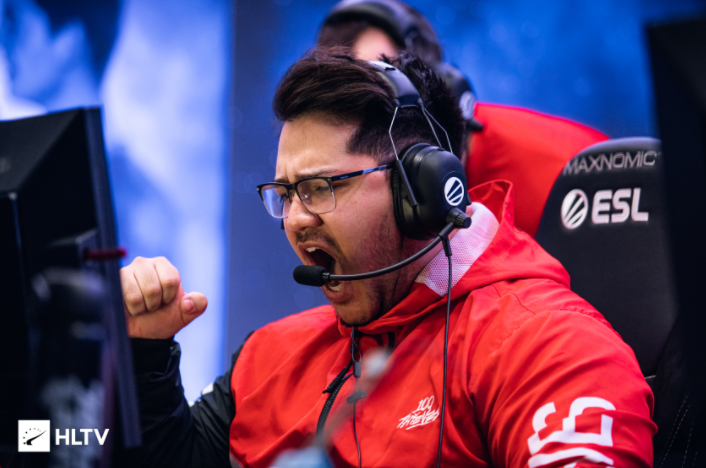 The North American side of DreamHack Masters has concluded its Group Stage. Unlike Europe’s 16 team brawl, only eight teams participated in the NA version with six moving on to playoffs.

Group A at DreamHack Masters NA was certainly an interesting one. The always impressive FURIA went head to head with thirsty Team Liquid squad for first seed. MiBR and Chaos Esports Club rounded out the group with some upset potential. FURIA has shown great consistency recently with top three finishes at both ESL Pro League and Road to Rio, so many considered them favorites, especially after day one.

The very first match of the group saw Liquid face off against Chaos. What should have been an easy match for the Liquid boys ended up going south. They started off hot, taking Chaos’s Inferno pick in a decisive 16-4 manner. The stage was set for a clean 2-0, but Chaos had other ideas. After a nice 9-6 CT half on Mirage, the Chaos attack started rolling. Their fraggers were hitting all of their shots, with Erick “Xeppaa” Back hitting the 130 ADR mark. An ace from Joshua “steel” Nissan accentuated the spree as Chaos came stole Liquid’s map 16-11.

On the decider map of Overpass, both teams had the habit of winning then losing large streaks of rounds. Chaos started out with a 5-0 lead on CT side which was then pulled back to a 6-7 deficit. However, Liquid then lost seven of their first eight on defense, giving Chaos match point at just 15-8. Liquid put together a five-round comeback before Chaos ended the game and secured the 2-1 upset win.

FURIA comfortably swept MiBR by the wayside with 16-11 and 16-12 wins on Vertigo and Train before the real money match of the group came along. Day three saw FURIA take on Liquid for a potential head-to-head tiebreaker. Interestingly, this match followed much of the same formula as Liquid’s match against Chaos. Liquid came out of the gate swinging, taking down FURIA on their own map pick 16-9.

Once again, Liquid were in the driver’s seat and just needed to win their own map. This time, they opted for Nuke. Despite having to start on the unfavored T side, Liquid still made a lead for themselves. They went into the locker room with a 9-6 advantage. However, FURIA looked calm and prepared come their turn to attack. For every odd round that Liquid found, FURIA took two in a row. Eventually, the lead that Liquid built for themselves ran out and FURIA secured map two 16-14.

Both teams came into the Mirage tiebreaker guns blazing. Each T side earned 10 rounds, sending the map to overtime.

MiBR’s remaining matches saw them sweep Chaos 2-0 before giving Liquid their only win. With three teams at one win, the final match between FURIA and Chaos would decide the final standings. Chaos managed to take a map off of the first-place finishers, but it wasn’t enough to put them through. Liquid and MiBR’s wins came in clean 2-0’s, while Chaos dropped a map to Liquid in theirs. Liquid and MiBR qualified for playoffs in second and third seed respectively.

Group B was the more stacked of the two groups, so many expected close results and rankings that came down to the wire. Instead, the group was decided fairly early on. 100 Thieves stormed onto the scene ready to take names. Their first match against Gen.G was a 2-0 sweep with 16-14 and 16-8 score lines.

Then, 100 Thieves did the same thing to Cloud9, winning a close 19-16 on Dust2 before rolling them 16-3 on Mirage. The Thieves held a 2-0 record after two games, which in conjunction with the rest of the results, guaranteed them first seed. Those results had to do with the expected group favorites in Evil Geniuses.

The highest ranked team in Group B had been on a slump recently, but they looked more vulnerable usual. Their first match against Cloud9 saw the teams take their own map picks 16-13 before moving onto the Train tiebreaker. There, C9’s T side absolutely stomped EG. They took a 12-3 lead at the half then closed out the match 16-9.

EG fared no better against Gen.G in their next match. Once again, the teams safely took their own map picks before moving onto the decider. This time, Vertigo was on the cards. Gen.G barely pulled ahead at the half with an 8-7 T side led by Damian “daps” Steele. His 4K in pistol round helped Gen.G get going on defense.

EG put up a streak of five rounds to take a 12-10 lead, but they couldn’t close out the game. Gen.G came roaring back with six of seven rounds to win the map and match.

With EG at 0-2 with lost head-to-heads against the one-win teams, they were eliminated on just day three of six. They did manage to beat 100 Thieves in their final match, but it was a hollow victory. In the last match of the group, Cloud9 took a close 2-0 win over Gen.G to secure second seed, forcing Gen.G down to third.

The six teams left at DreamHack Masters NA will start their playoffs campaigns on June 11th. FURIA and 100 Thieves have earned the privilege of starting in the Upper Bracket Finals. Winning that matchup will guarantee second place at minimum. The other four teams will play through Lower Bracket for a chance at the crown. It will be a much more difficult climb, especially since Liquid will be down there as gatekeepers.