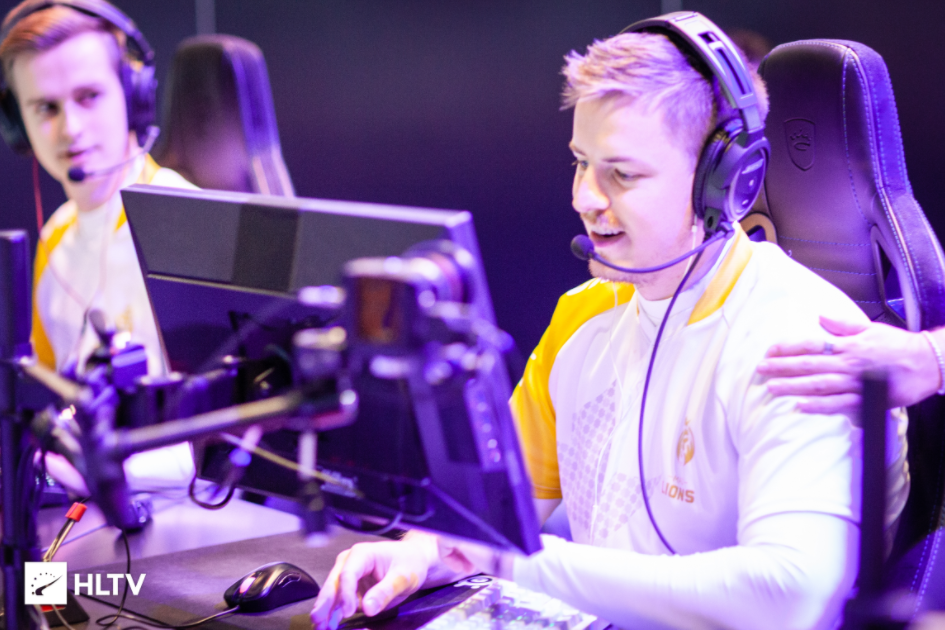 MAD Lions have dominated Group B to earn a trip to Finals at the BLAST Premier Spring Showdown. (Photo courtesy HLTV)

Group A was certainly an interesting affair all the way through. On the first day of matches, ENCE was poised to steal the game from Team Vitality on Dust2. After going up 14-11 on T side, ENCE needed just two more rounds. However, Vitality came roaring back to earn the 15-15 tie. Kévin “misutaaa” Rabier led the way with a 30-17 K-D ratio.

Right after that, NiP faced off against a new Astralis roster. The Ninjas proved to be too much for Astralis to handle, as the game quickly snowballed out of hand. NiP’s T side was nearly flawless, giving them the 16-7 win with three players hitting 19 frags.

The next two matches in the group saw NiP and Astralis have their way with sAw. The Portuguese underdog team could hardly make a dent, going down 0-2.

Vitality and NiP met in the group’s fifth match. The first and only Inferno game of the week was a tight battle the entire way. Mathieu “ZywOo” Herbaut and Tim “nawwk” Jonasson were locked in a battle to see who could carry their team to the finish.

In the end, the tie would remain unbroken with both players at around 30 frags and 100 ADR.

Day three began with ENCE narrowly avoiding a loss to sAw. A full 30 rounds were required, but ENCE pulled off the 16-14 victory. Next up was ENCE’s matchup against NiP. Both teams needed this win to stay in contention for first seed. In what was a fairly unorthodox map on Train, both in-game leaders took over the fragging duties for their teams. Hampus “hampus” Poser accrued 93.0 ADR while Aleksi “allu” Jalli earned 29 kills. Win streaks were answered with win streaks, leading this match to the fourth tie of Group A.

The other match on the day was also important for deciding who got to challenge for first seed. Astralis faced off against Vitality, hoping to show improvement as a team after their day off. Instead, the French squad kicked them to the curb in the second fastest game of the group. This win plus the tie between NiP and ENCE put Vitality in the driver’s seat going into the final day. All they needed to do was beat sAw with a relatively good round differential.

Unfortunately for them, the Dust2 duel was a complete collapse. Every single sAw player out-fragged every Vitality player, giving them their only win in the tournament before being eliminated anyways. For Vitality, this loss knocked them all the way down to third seed, forcing them to play through the entirety of playoffs.

Finally, Astralis and ENCE faced off for second seed. An ENCE win or a draw would put them through to semifinals, while Astralis needed to win to avoid the same fate as Vitality. After going up 7-0 on Nuke T side, ENCE’s habit of making every game close showed its head. Astralis pulled out to an 11-8 lead, ready to make the comeback. However, ENCE instead buckled down and made their defensive stand to win the next eight of ten rounds and secure the 16-13 win.

The end seedings of Group A has given NiP a ticket straight to the first Finals, while ENCE will play in the opposite semi final. Astralis and Vitality, the two highest rated teams in the group, will have to fight from the bottom.

MAD Lions Atop the Food Chain

Group B was much less chaotic overall, mostly due to the dominance of a certain unexpected team. MAD Lions have come out of nowhere to stomp all over the competition. On day one, they comfortably dispelled the highest rated team in the group in Fnatic 16-10. Mousesports then had the same score line in a win against Dignitas.

Coming into day two, Fnatic took out their anger on Virtus.pro with a 16-7 stomping on Train. The result was expected, but Fnatic would need some help if they wanted a crack at first seed. MAD Lions had two games in a row following Fnatic’s win. Those two games against Virtus.pro and Dignitas were the fastest games in all of Group B.

First on Overpass, MAD Lions tore down the VP defense with 10 rounds on T side before swapping sides and closing the game out 16-7. Against Dignitas, the Lions stonewalled their opponents on Train, allowing them only three bomb plants.

The match ended 16-5 for the Lions, solidifying a 3-0 record and a guaranteed first place finish after only two days of play. Throughout those two matches, Fredrik “roeJ” Jørgensen and Rasmus “sjuush” Beck dominated everyone. They averaged a 1.75 and 1.59 HLTV rating respectively.

The next match of the group saw Dignitas earn their first and only win against VP in a 16-8 affair. This result locked Virtus.pro into last place, eliminating them from the tournament. Fnatic vs mousesports then reminded everyone that these two teams really are ranked third and fifth in the world. An explosive map on Train went down to the wire. Plenty of highlight plays ensued, with Fnatic barely edging mousesports out 16-14 to secure their second-place finish.

On the final day, mousesports managed to make MAD Lions bleed, if only slightly. The only tie of Group B denied MAD Lions their perfect record, but they likely weren’t too sad about it. To add insult to injury for mouz, they then gave Virtus.pro their only win, with a stand-in no less. The loss ended up not mattering, as Fnatic cleaned up shop against Dignitas in the last match.

Below MAD Lions and Fnatic in the top two seeds, mousesports and Dignitas will start their playoffs runs in quarterfinals.

The playoff format will consist of two separate single elimination brackets. The NiP and MAD Lions await in the Finals of opposing brackets. The winners of each Final will go straight to the BLAST Premier Spring main event, while the losers will face off in one last match for the sole remaining spot. Playoffs begin on June 5th.