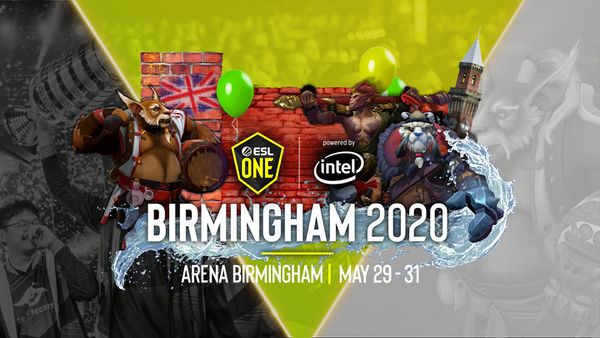 Event organizer and producer ESL has announced the teams invited to ESL One Birmingham Online, the Dota 2 tournament which was transformed into an online competition.

We have our confirmed #ESLOne Birmingham invited teams!

The teams themselves were revealed on Wednesday via the ESL One official website, on the same page that the initial announcement of the event’s postponement to 2021 and subsequent transformation for this year. The reveal was also posted by ESL on their official Twitter account.

Much like ESL One Los Angeles Online, Europe and CIS will have the largest number of participants. Popular squads such as Team Secret, Natus Vincere, Team Liquid, and OG will all be in the mix, alongside some tier 2 teams like Vikin.gg and Cyber Legacy.

Though 13 teams have been invited directly thus far, there is still one final invite slot—and the team taking this slot has yet to be announced by ESL. Moreover, one qualifier slot is up for grabs, with Aggressive Mode having clinched the other through the first round of qualification matches.

The EU and CIS tournament will be divided into two groups of eight teams each in a best-of-three round-robin group stage, which will lead to a double-elimination playoff bracket. The division will feature a prize pool of $200,000. Only the top four teams of each group will make it into the playoff bracket, similar to ESL One Los Angeles.

The Chinese division will consist of eight teams in total divided into two groups of four squads each. Each lineup will fight for their share of $55,000 through a downsized version of the EU and CIS format. Teams like PSG.LGD, EHOME, Royal Never Give Up (who claimed the title at ESL One Los Angeles), and Invictus Gaming have been invited, with CDEC Gaming and Longinus filling out the qualifier slots.

The top two teams of each group will advance directly to the upper bracket of the playoffs, while the bottom two will be eliminated straight away. All playoffs will be best of three, barring the grand finals which will be played as a best of five.

North and South America will share an event once more this time around. Just as before, six teams per division will play for $40,000 each. The group stage will consist of best-of-three matches in a round-robin as usual, with the bottom two teams of each division being eliminated from the get-go.

The middle two teams of each group will start in the lower bracket, while the top two will advance to the upper bracket. Unlike the EU/CIS and Chinese divisions, however, NA/SA and SEA will only have one closed qualifier team each. Squads like ESL One Los Angeles SEA division champions Fnatic, TNC Predator, and BOOM Esports have been invited.

Though the list of participating teams for each division is filling up, ESL has yet to announce the exact dates for the event proper. We will keep you posted as this information becomes available.