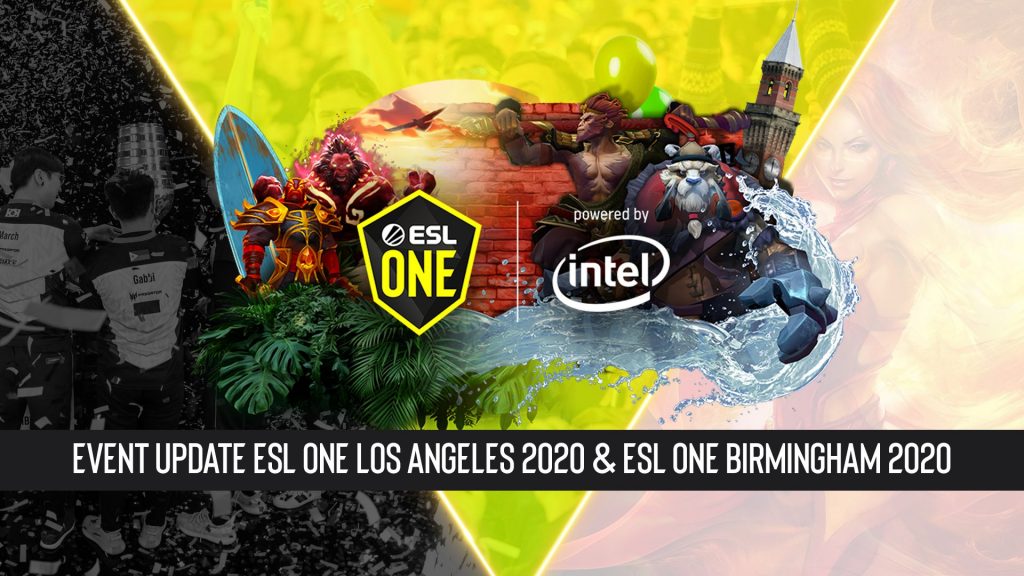 After half a month of speculation, we now know the fate of ESL One Los Angeles and ESL One Birmingham. (Photo courtesy ESL)

Important update to both #ESLOne Los Angeles 2020 and Birmingham 2020:

Both tournaments will now be held and broadcasted online with significant changes to the tournament format.

The announcement brings a little bit of clarity to a confusing situation for Dota Pro Circuit teams, and a preview of the league system the DPC will follow next year. The event will now consist of five regional online leagues. Matches will be played in a round-robin format before a playoff stage.

To accommodate the new league format, the prize pools for both events have increased. Los Angeles will now sport at $375,000 total prize, while ESL One Birmingham boasts $335,000. This increase is in part to ensure a more even spread of prize money across the proposed leagues.

#ESLOne Los Angeles kicks off this weekend, Saturday the 28th! Get ready for a lot of quality Dota in the coming weeks 👏https://t.co/d2ma0YHXk0

For ESL One LA, at least, EU and CIS’s regional leagues will be merged. As part of a collaboration with esports platform Maincast, the Europe/CIS league will see 16 teams compete for a prize pool of $200,000. Fourteen of the stacks for this league have already been revealed on the ESL One LA website, with two more to be determined. Among the included teams are the likes of Nigma, and Team Liquid, who initially failed to qualify for the LA Major.

China’s league will feature six teams, with a $55,000 prize pool, while South America, Southeast Asia, and North America will each have four teams in their league with a $40,000 total prize. The format of ESL One Birmingham’s leagues are expected to be similar, albeit with a slightly smaller prize pool.