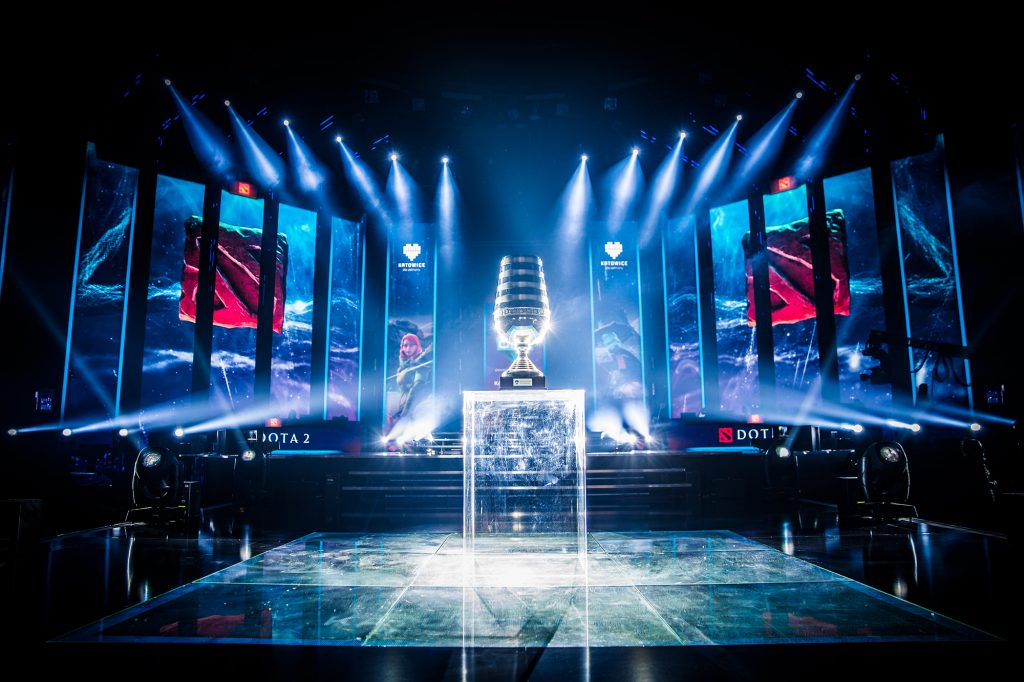 With the Dota 2 Pro Circuit on hiatus until March, there are a few different tournament organizers stepping in to fill the calendar. Next up? ESL One Katowice 2019. It’ll run February 19-24, with twelve teams attending. They’re competing for $300,000 USD, which is good motivation to play rather than take vacation time.

ESL One is a long-standing series in Dota 2, so expectations about the broadcast are pretty clear. Paul “Redeye” Chaloner will host the desk with Eri Neeman on the stage. Expect a slick, professional production. There’s unlikely to be the kind of meme-y content that we’ve been seeing lately but instead straightforward, insightful analysis.

Of the twelve teams at Katowice, four are in the top twelve of the DPC Rankings: Team Secret, Ninjas in Pyjamas, Fnatic and Alliance. Close behind are Chaos Esports Club at 13th, Forward Gaming at 14th, Team Aster at 15th and Gambit Esports at 17th. The competitive quality of the teams at this event is really high. Of the other teams attending, one is direct-invite OG who have been interesting to watch post-The International 2018 (TI8) as they try to find the magic that made them TI champions. CompLexity Gaming qualified from North America, while For The Dream is replacing EHOME who withdrew to attend MDL Macau 2019 instead. The final team is Mineski, who are replacing TNC Predator due to visa issues and scheduling conflicts.

Team Secret has to be the favorite going into the tournament. They’ve been strong all season, taking home several titles with an impressive game win percentage of roughly 72%. Gambit Esports is coming off of a win at WePlay! Valentine Madness, but was the field there as competitive as the one in Katowice? Likely not. They’ll probably do well at Katowice, but don’t expect a top-two finish from them.

The tournament will feature a Round Robin group stage, with teams playing two-game series in two separate groups. The top two teams from each group will go into the upper bracket of the double-elimination playoff bracket with the middle two teams sent to the bottom bracket. The two worst performing teams in each group will be eliminated.

🇵🇱⚙️ The first round matches for #ESLOne Katowice 2019 are looking crazy! Which of these teams will triumph over the others? Not long now until we find out 😱https://t.co/4Esl444V5O pic.twitter.com/RBry8ehBKB

Group A has Team Secret as clear favorites. Who might be duking it out at the bottom of this group? For the Dream could struggle to make it through to the playoffs, as they’ve failed to qualify for events outside of their own region all season. But…maybe they’ll fare better against teams from other regions?

Group B is harder to call. This group has three of the four teams attending who are in the top twelve of the DPC. No one’s a stand out in terms of play recently. Expect some close, exciting games from this group!

With Patch 7.21b released only days before the tournament begins, the winners of ESL One Katowice 2019 could simply be those who can take advantage of the tweaks.

It's time to crown another #MBmvp! 👑

RT this tweet to get notified when voting goes live 👈 pic.twitter.com/7DktorSQUB

Katowice will feature an MVP vote to give one player a new Mercedes-Benz. There will also be a cosplay competition later in the week, so look out for that one!

Let us know on social media which team is your favorite and who you think will win the tournament!