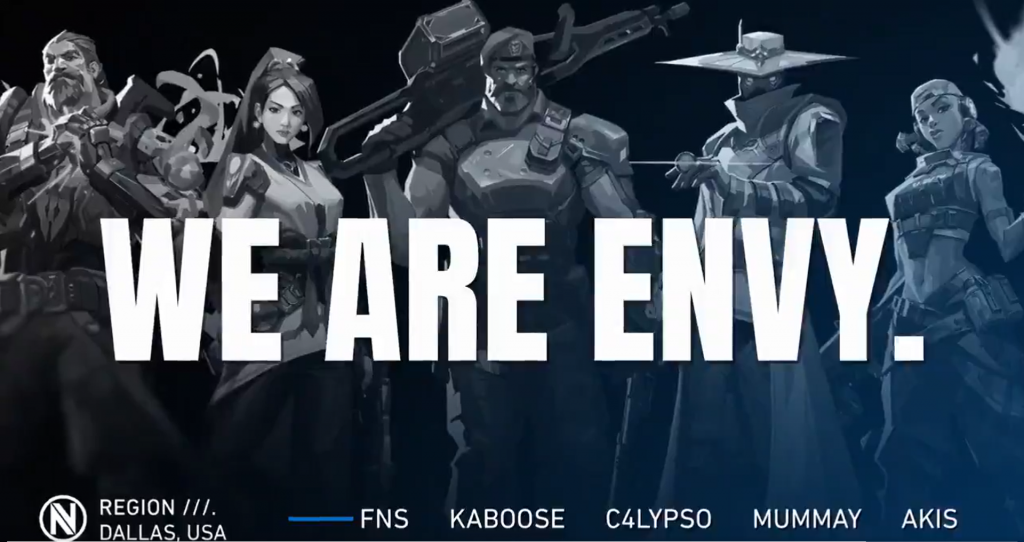 We bring one of the world's most legendary FPS legacies to @PlayVALORANT. We are Envy.

Most of the players on the roster are former professional Counter-Strike players with years of experience. FNS is a seasoned veteran who previously competed with eUnited, Cloud9, compLexity Gaming, and Team SoloMid. AKis is another talented player who competed with various teams such as Pnda Gaming, Splyce, and eLevate. C4Lypso is an ex CS:GO player who mainly competed in semi-professional leagues and tournaments. He retired in May to pursue a professional career in VALORANT.mKaboose formerly played for several CS: GO teams and won several semi-professional tournaments and events. MummAy also has a CS: GO background and has been grinding VALORANT tournaments since the game’s release.

The VALORANT professional scene is starting to shape into a competitive environment with several talented teams. 100 Thieves recently revealed their full roster with Hiko as captain, and Immortals completed their VALORANT roster with Asuna.

While a lot of other organizations have focused solely on accumulating former professional CS:GO players, Envy picked a few younger players with raw talent. This is a nice change of pace as fans will be able to watch players make a name for themselves based off their skill in VALORANT, not just their previous accomplishments. Time will tell if the team can compete against the other professional teams.