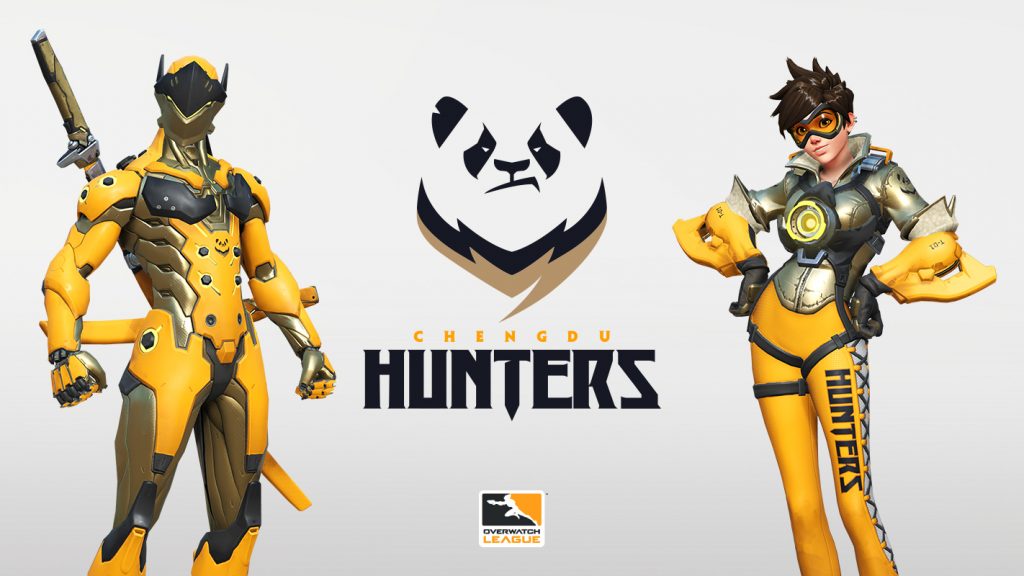 Orange, gold and black-on-white are the colours of choice for the newly announced team, representing vigor, steadiness and calmness.

The second Chinese franchise team in the Overwatch League has revealed its true colours: The Chengdu Hunters are live!

Orange, gold and black-on-white are the colours of choice for the newly announced team, representing vigor, steadiness and calmness. Owned by HUYA Inc. and partnered with esports organization Royal Never Give Up, which you might recognize from their successful League of Legends endeavors, for operations purposes.

Swift. Brave. Smart.
We are the Chengdu Hunters！ #LetsGoHunt pic.twitter.com/woaxQEPT3u

Swift. Brave. Smart. Those are the first words tweeted out from the official Chengdu Hunters Twitter page alongside their panda logo. The intense-looking panda is a representation of Chengdu itself, sticking with the recent trends of Paris Eternal and Guangzhou Charge to utilize colors and logos to symbolically represent their home region. According to Wu Zefeng, General Manager of Game Broadcasting Business at HUYA Inc., the panda represents peace and good luck, but also powerful fighting strength and perseverance. Paired with the name “Hunters”, according to Zefeng, the new team’s branding represents their determination to achieve victory.

Vancouver, Washington and, finally, Hangzhou are left to announce themselves officially as a team and publicly release their new names and branding. Similar to Guangzhou, Chengdu have not yet released their roster– but we hope they do soon!