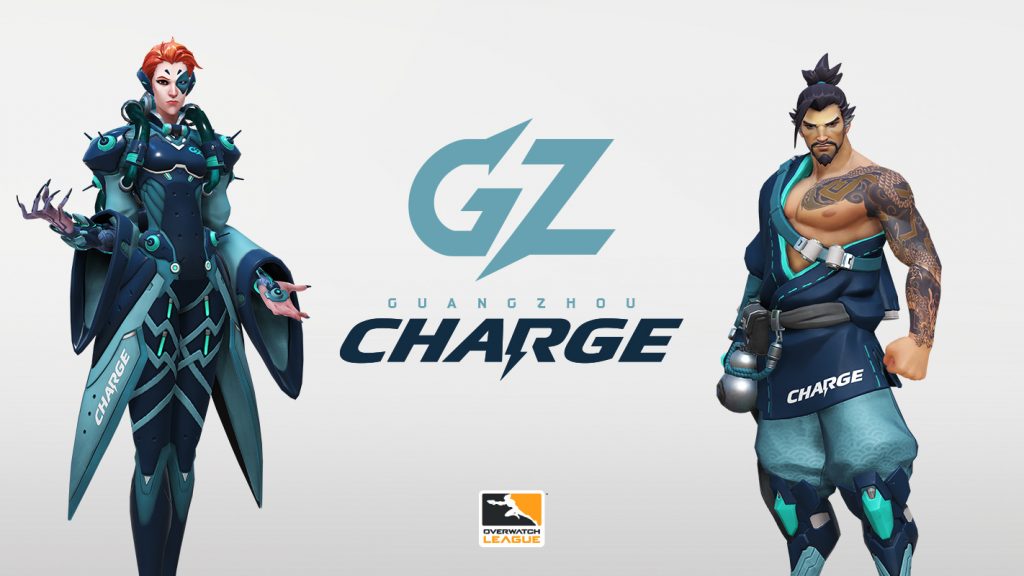 Charge’s goal was to create a logo and symbol that fans across all nations could instantly recognize and appreciate.

Looking to “be at the forefront of innovation”, according to their press release, Guangzhou are now the Guangzhou Charge!

With a blue-on-blue color scheme and symbolic lightning bolts adorning their branding, Charge’s goal was to create a logo and symbol that fans across all nations could instantly recognize and appreciate. Sports logos were their main inspiration, said marketing and creative director Chris Hwang, where “simple letters” have become the iconic look for brands representing a given city.

Their colors are reminiscent of the mountainesque backdrop of the city paired with its coastal roots. Dark blue for water, light blue for the sky, and green for the hills surrounding Guangzhou make for some sleek looking skins.

The announcement was prequeled with several promotional videos via Twitter, drawing from the theme of electricity once more to evoke the intensity the brand wants to exude. Unfortunately, we have yet to learn of the team’s roster– will they follow in the footsteps of Paris Eternal and be home to a roster of mostly-local players, or will they embark on a journey with American and Korean imports? Only time will tell, but with season two of the Overwatch League only a few short months away, we’re hoping the announcement comes soon!