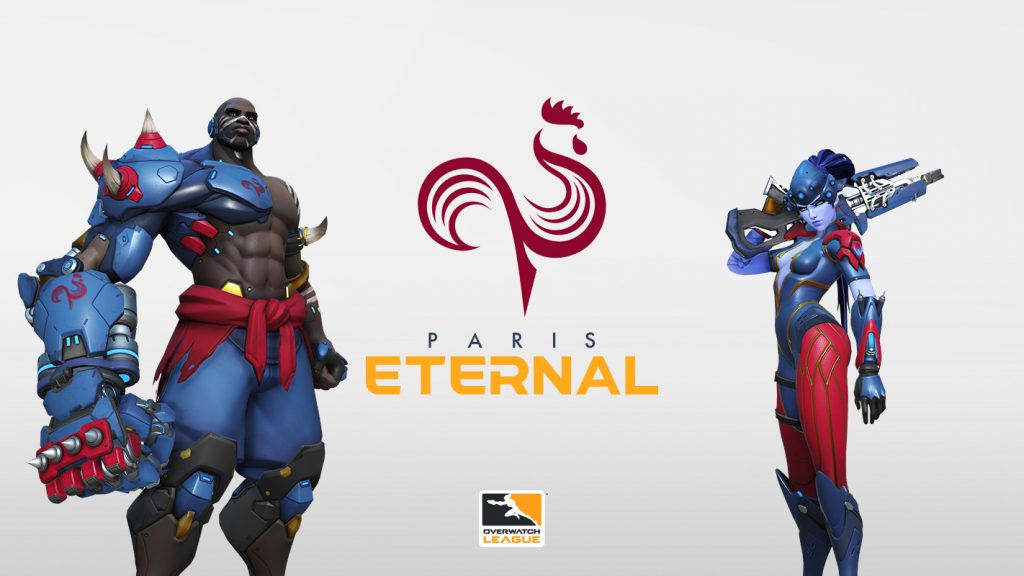 Europe, we heard you.

This is your #OWL2019 team. pic.twitter.com/YvKCWqBM76

“Paris has witnessed the dawn of mankind,” the video starts. “Together, we will make this story Eternal.” Paris answered the call and brought with them a genuinely impressive brand launch. Their icon, a rooster with an almost fleur-de-lis flair, ties heavily into the sports scene already present in France. In fact, nearly every sports team representing France proudly shows the rooster as part of their branding, so this Overwatch logo really connects the team’s esports fans to their hometown of Paris.

This announcement came via live stream on Twitch, announced just one hour ahead of the stream’s start on Twitter. With a bilingual presentation, the stream connected future and from-the-start Paris fans to their city from the very first moment they went live. Featuring red, blue and gold as their colors, Paris Eternal further drives home their narrative: They are a French team with the pride of a nation behind them. They are Eternal. And, with players such as Team France’s Benjamin “BenBest” Dieulafait (Tank) joining the Eternal roster, there will be genuine hometown representation on this franchise team.

STAND WITH US 🇪🇺 Here come our players for the #OWL2019 :

With a heavily French staff backing the team, Paris is one of the first to truly embrace its franchise roots and stay true to the country and region of its namesake. Starting in February, the second season of the Overwatch League will kick off and we’ll see if Paris is truly Eternal this season. Whether you hate or love the continued presence of red and blue in OWL teams’ logos, you have to admit: That rooster is looking fly.