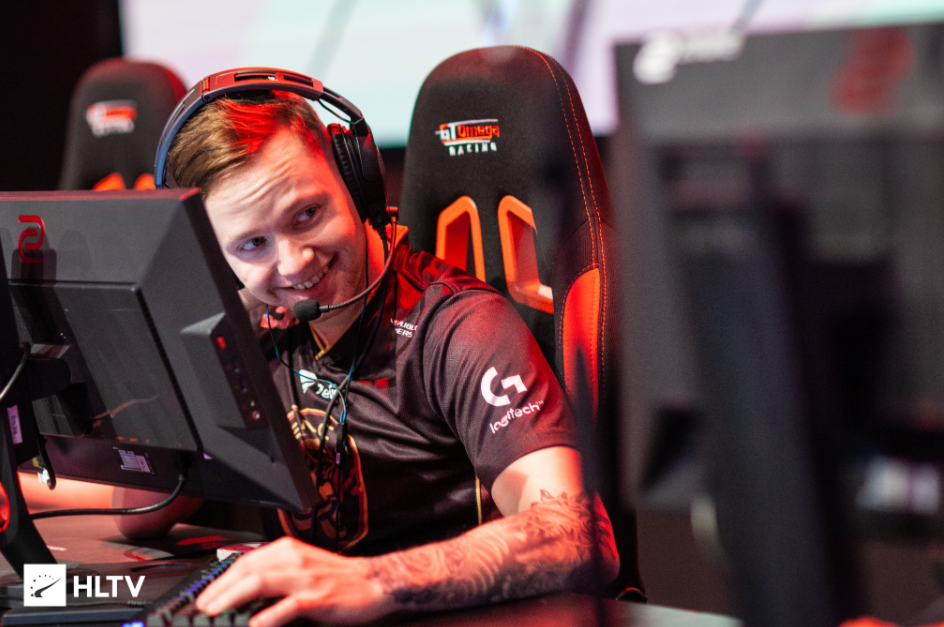 ENCE have qualified for the BLAST Premier Spring Finals after not dropping a map in playoffs. (Photo courtesy HLTV)

The Finals of the BLAST Spring Showdown have ended. After the dust settled, ENCE and Vitality were the winners of their brackets and have earned a trip to the main BLAST Premier Spring Finals taking place next week.

ENCE’s journey through the BLAST Showdown playoffs began in the second round. As the Group A runner-up due to tiebreaker, ENCE was seeded into the semifinals. Their first match was against an under performing mousesports lineup. Mousesports only won a single game in the group stage, but were coming off of a 2-0 Quarterfinals win against the rebuilding Astralis.

This match would end up being the most one-sided affair of the Showdown playoffs. Mousesports got to pick their usual home in Train first. The aim-star heavy team had some trouble getting going on the T side. ENCE was playing with confidence, especially AWPer Aleksi “allu” Jalli who racked up 16 kills with the Big Green.

ENCE earned a 10-5 lead before swapping sides. After taking the pistol round, the Finns never looked back. They took mousesports’ map by force 16-6.

Dust2 would go very similarly. ENCE started out on the CT side, pulling together a respectable 9-6 lead at the half. This time, mousesports won the second pistol round, but it didn’t change much. ENCE still showed dominance on their attack. Miikka “suNny” Kemppi had a banger of a map, earning 28 kills and 118.2 ADR over just 25 rounds. ENCE took the clean 2-0 after the 16-9 win.

Now in the Finals, ENCE faced off against MAD Lions. The Lions were here after a 3-1-0 record, meaning they had not dropped a map yet. ENCE would quickly challenge that fact. ENCE adopted Train as their own map pick and started out on T side. They put up a respectable half despite an early 2-5 deficit. MAD Lions led by a small 8-7 margin at the break.

The Lions’ lead was quickly extended on their own T side after a pistol round win led to four in a row. However, once ENCE had their weapons, their defense set up shop. Despite the best efforts of Frederik “acoR” Gyldstrand with 31 frags, MAD Lions couldn’t find any weaknesses to exploit. ENCE won nine of the next 10 rounds, closing out their map 16-13.

Now on Mirage, MAD Lions were bleeding out. ENCE now chose the CT side and continued their defensive dominance from Train. The Lions needed this map if they wanted to stay alive, but a 4-11 deficit at the half didn’t bode well for them. ENCE even won the second pistol round, but MAD Lions weren’t quite finished. They put up their own 11 round CT half to force overtime.

Since BLAST uses $10,000 overtime, ENCE were in deep trouble after going down 18-17. They needed to win with table scraps. An insane triple UMP-45 spray down by Jani “Aerial” Jussila kept forced the map into a second overtime.

This time, ENCE never looked back. They won Mirage 22-18 for the clean sweep and a spot at BLAST Premier Spring Finals.

Unlike ENCE who got to start in Semifinals, Vitality had the short end of the stick. Their third seed group finish had them forced to play starting in Quarterfinals against Dignitas. On paper, this matchup was very skewed towards the French squad, but Dignitas managed to make it competitive. The teams traded map picks with relative ease. Vitality won Nuke 16-5 and Dignitas won Dust2 16-8. The Vertigo tiebreaker was the closest map, but Vitality still pulled ahead.

The highest ranked Swedish team in the world should have been a good matchup for Vitality. However, Fnatic’s struggles continued as they put up less of a fight than Dignitas did. Both Nuke and Inferno were relatively boring affairs. Vitality stormed ahead on Nuke T side before closing the map 16-10 on defense. Inferno at least started out close, but when Vitality swapped to T side, it was clear that Fnatic were just outmatched. ZywOo once again used his prowess to stomp the server with 26 frags and 114.7 ADR. The 16-9 result put Vitality through to the Finals.

The French conquest of Sweden’s best CS:GO teams looked to continue in the final match against Ninjas in Pyjamas. Although lower ranked than Fnatic, NiP had shown much better recent results. Vitality chose Nuke for their map and started off well with seven rounds on T side. All Vitality needed was an average CT half to secure their map. NiP had other ideas. From the moment the half began, NiP were the only players in the server. The Swedes took eight rounds in a row, shutting Vitality out of the half and ending the map 16-7.

Stunned, Vitality had to recollect themselves for NiP’s Overpass. After going down 1-4 to the Ninja’s attack, Vitality finally found their golden goose. Shockingly, it was Richard “shox” Papillon popping off instead of the usual ZywOo. The Frenchmen went from 1-4 to 9-4 in the blink of an eye. NiP did find four consecutive rounds between the two halves to cut the deficit to one, but Vitality were revitalized. A streak of five T rounds ticked them up to 14 rounds. NiP’s comeback came close to materializing, but it was not to be. Vitality evened up the series with a 16-14.

Vertigo would be the decider. All throughout the final map, a two-horse race was taking place. ZywOo and Fredrik “REZ” Sterner were having a contest to see who could carry harder. Although the game was kept somewhat close, NiP had a hard time keeping up. ZywOo was getting slightly more support from his team, and it showed by the round score. Vitality took a 9-6 lead from T side at the half.

It was still a manageable score for both teams, until Vitality started their defense with five rounds straight. Now facing down a 6-14 deficit, NiP had to bring everything they had. Once again, the comeback started rolling but ran out of steam. Despite REZ earning 31 kills and an immense 140.5 ADR, NiP fell to Vitality 11-16. The French squad has made it to the main BLAST event.

There is still one last ticket to the BLAST Premier Spring Finals available. On June 15th, NiP and MAD Lions will face off in a winner-take-all match. The loser will be forced to watch from the sidelines. As for Vitality and ENCE, they will join the rest of the qualified teams at the BLAST Finals starting on June 15th.