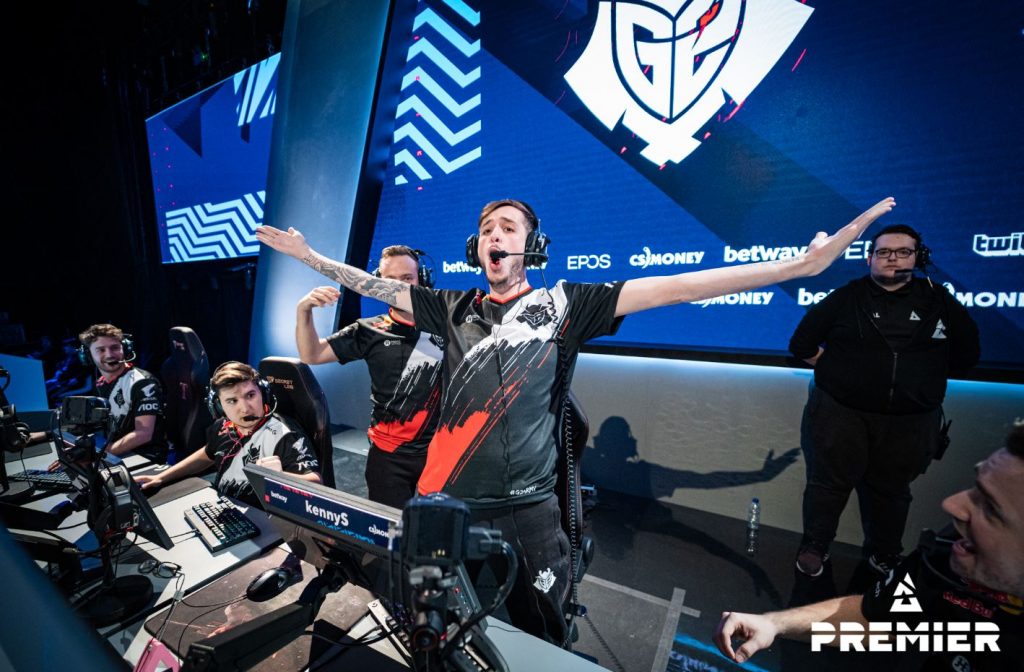 The last week of the BLAST Premier Spring regular season has come to a close. Group C was the most competitive group yet. In the end, G2 Esports took the top seed after a strong showing across the three matches. OG surprised everyone by beating group favorites Evil Geniuses in two nail-biting best-of-threes.

G2’s road to the finals began against 100 Thieves. The teams came into it ranked right next to each other, so the match was expected to be close. On G2’s Dust II pick, they went up 4-1 on the T side but 100T were able to bring it back to an 8-7 score at the half. Although 100T’s attack started off hot, G2 Esports stabilized to take the last eight rounds in a row for the 16-13 map win.

On the other side of the bracket, OG and Evil Geniuses were gearing up for their match. Little did they know, it would be one of the longest three map series in recent history. The match lasted over four hours and began on Inferno. OG went straight to work on their pick, taking nine T side rounds in the first half. Unfortunately, it wouldn’t be enough against EG’s high powered attack. The North American side pulled the match back and won 16-14.

Now on Nuke, EG were looking to close the match out. They shot out the gates to an eight round T half, plenty for the map. However, OG weren’t ready to let it end. OG managed to gain control from their T side after an amazing pistol round clutch from Valdemar “valde” Bjørn. Using that momentum, OG stormed back to take Nuke 16-14.

The decider map was Dust II. These two teams were evenly matched throughout. Both EG and OG put up 8-7 T halves, forcing the map to overtime. In the end, OG came out on top 19-17, keeping them in the upper bracket.

Day two BLAST Premier matches were much less exciting. G2 Esports easily dispatched OG in the upper bracket finals with 16-8 and 16-6 wins on Nuke and Dust II respectively.  On the losers’ side, 100T couldn’t stack up to EG. They got rolled on Train 16-4 and lost an overtime on Nuke 19-16. These results set up a rematch of day one’s three-map thriller.

The second series between EG and OG would also go the distance. On Train, EG were unstoppable. They earned a 15-0 first half on CT side. Although they lost the pistol round that would have completed the 16-0, once they gained economy the game was over. EG closed out map one 16-4.

With their backs against the wall, OG needed to win on EG’s map pick. They did get to start CT side on Mirage, which would be a great advantage. OG won the pistol round and ensuing force buy, but EG took the third. Despite this, OG were able to stabilize and go on multiple round win streaks. At the end of the first half, OG had a commanding 12-3 lead. After winning the second pistol, OG quickly ended map two with a 16-3 victory.

Once again requiring a decider map, the match went to Inferno. Although EG won the last meeting on the map, it was insanely close. EG took the pistol round, but OG immediately stole a round after a 4K from Nathan “NBK-“ Schmitt.

The first half ended with OG up 9-6 from the CT side. Now with EG on the defense, they were able to take five of the first six rounds. Not to be outdone, OG went on a streak of their own. With the score tied at 14-14, everything was on the line in the final two rounds. It was OG’s defense that took initiative, resulting in two consecutive rounds to secure the 16-14 win and a spot at the BLAST Premier Spring Finals.

In the battle for first seed, G2 faced off against OG. This match was identical to the lower bracket finals in that each team destroyed their opposition on their own maps. G2 took OG down on their Inferno pick 16-7. After that, OG pulled the series to even on G2’s Dust II pick 16-5. For the third time this weekend, OG send a series to three games.

The tiebreaker map was Nuke. G2 started out on CT side and made good use of it. They were able to end the first half with eight straight round wins. OG looked to be defeated, until they put up a defensive wall. OG took five of the first six rounds with the help of multiple clutch plays.

G2 did get back on their feet to win three rounds and get to series point. OG once again went on a win streak of five to bring the match to 14-15. G2 were able to win the final round and take the match by the skin of their teeth, solidifying their place as first seed.

With that, the BLAST Premier Spring regular season is over. Six teams have qualified for the Finals in June, while the rest will have another shot at the Spring Showdown two weeks before. Tons of exciting Counter-Strike at BLAST is in the books, and much more is to come.