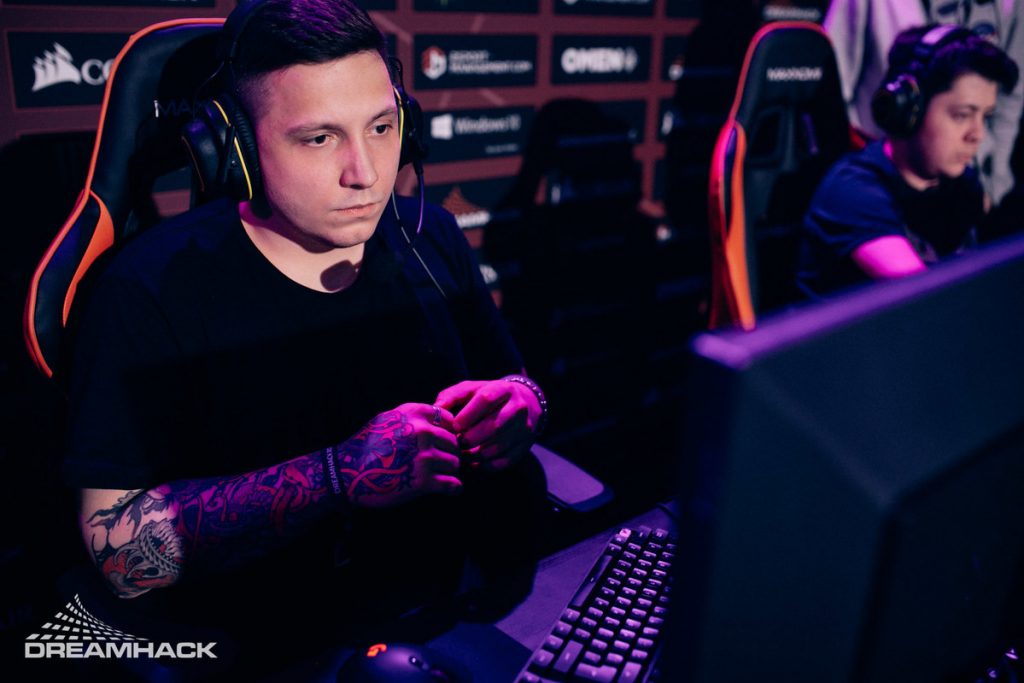 Flow, pictured during DreamLeague Season 12, had been battling cancer since at least 2018. (Photo courtesy DreamHack)

Dota 2 pro player Alexander “Flow” Sazonov has sadly passed away after a battle with cancer. He was 25 years old. The news was broken on Flow’s official VK account.

The translated post states that “[Flow] left us this morning. He did not give up and until the very end believed that he could defeat the disease.” The Russian offlaner’s diagnosis was first revealed in 2018 while he was competing with organization Double Dimension. The post described the affliction as a Mediastinal Nonseminoma, with a poor prognosis.

However, in spite of his diagnosis, Flow continued to compete in the highest levels of Dota 2. A familiar face to many in CIS dota, he competed alongside the likes of Bakyt “Zayac” Emilzhanov, Danil “Dendi” Ishutin, and VP.Prodigy captain Vitalie “Save-” Melnic. He was a staple on teams including FlyToMoon and Vega Squadron.

Flow’s grandest stage was perhaps DreamLeague Season 12, where his team, FlyToMoon, competed against tier one teams such as Alliance and Team Liquid. In a dramatic three-game series, Flow’s squad almost eliminated TL from the event in the lower bracket, pushing the storied European team to the limit. As in many times during his career, Flow facilitated his team’s in that match, locking down the opponent’s carries with his Legion Commander.

Teams, players, and personalities from across the Dota 2 community shared their condolences upon hearing the news of Flow’s passing.

Meanwhile, the BTS Pro Series this morning opened with a somber moment as Darren “KillerPigeon” Elmy and Jonas “jmvincento” Matz paid their respects to Flow. The pair mediated on the impact of players such as Flow on the Dota 2 ecosystem as a whole.

Condolences to Alexander’s family, friends, and loved ones during this difficult time.