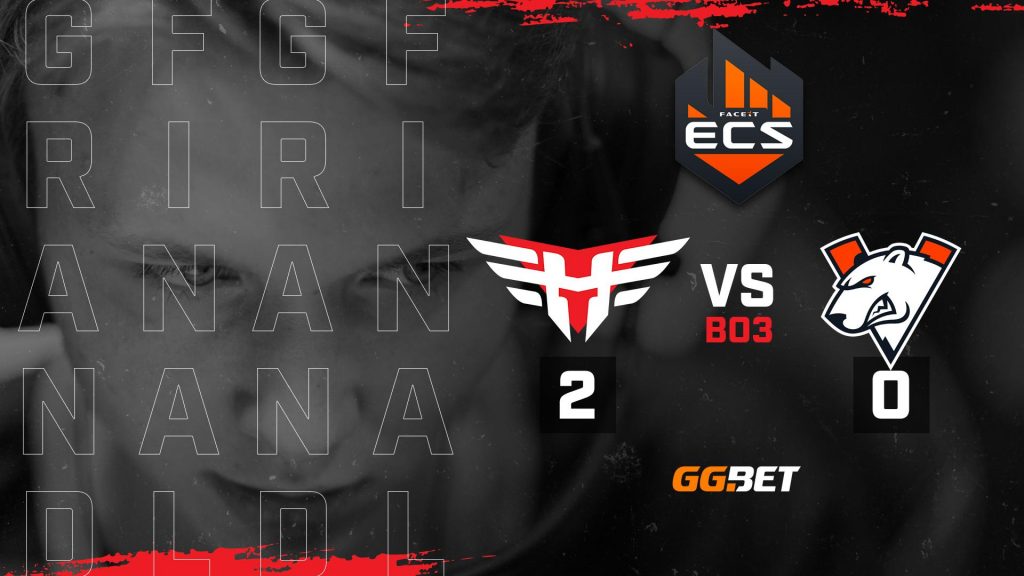 Heroic took home the win in week 2 of the ECS. (Image via Heroic)

Week two of the Esports Championship Series has concluded. This time, however, two CS:GO teams have qualified for the international ECS Finals in late November. With ESL One New York and DreamHack Malmö taking place during ECS week 2, the door was wide open for teams to steal some prize money and even a qualification.

Heroic Rise to the Challenge

Heroic’s run through this week’s tournament was no easy task. They had to go through the likes of Berlin International Gaming and AVANGAR, both of which they swept in two maps. The AVANGAR affair was especially exciting, with both maps going to overtime. The match came down to one clutch play from Patrick “es3tag” Hansen to secure the sweep and send Heroic to the finals.

There, they would face a Virtus.pro roster hungry for a tournament win after their heartbreaking loss at the V4 Future Sports Festival Budapest 2019 finals. As if Heroic weren’t tired enough from their previous match, this one would be even more strenuous.

A tough T side start on Dust II had Heroic on the back foot. They managed to bring it back on their CT side for a close 16-14 win. The next map of Mirage saw a similar game being played. After regulation ended in a draw, so began a quadruple overtime struggle in which neither team could clutch it out. In the end, Heroic took the victory 28-26 and the US$12,500 that came with it.

As mentioned, the flurry of major tournaments going on left the team pool a bit dry. Since AVANGAR won week one and made it to semifinals in week two, they advance as the top prize money earner with $15,000 total. They will play in Arlington for a prize pool of $500,000.

ATK on the Attack

ATK’s presence in this week’s bracket was thanks to the spots left by the Malmö competitors. Even so, their performance suggests they would do well as a starting team. The American and South African squad faced off against three Brazilian teams and only dropped a single map. After a sweep against INTZ eSports, they found themselves against MIBR.

While ATK did lose the first map of Overpass, they managed to steady the ship and take convincing wins on Dust II and Vertigo. Josh “oSee” Ohm’s AWP showed great presence the entire game and helped to close out the final map. In the end, every player on ATK scored a rating above 1.00.

Their final match against Sharks Esports was nearly a formality, as both maps went the way of ATK with room to spare. After closing out Inferno 16-7, ATK took home the prize money.

Even with this being their second consecutive runner-up finish in the ECS qualifiers, Sharks have earned the most prize money of the participating teams. They have gone from a relatively unknown organization in CS:GO to a team locked in for a Premiere event. Time will tell if they are able to put up a strong showing.

With this ECS week 2 of qualifiers behind us, the following three tournaments will all have a much greater implication. The winner of each one will earn a spot at the Esports Championship Series Finals. With the overall tournament scene calming down after Malmö, expect to see some real headline teams duke it out starting on October 14.