ESL One New York: What We Learned 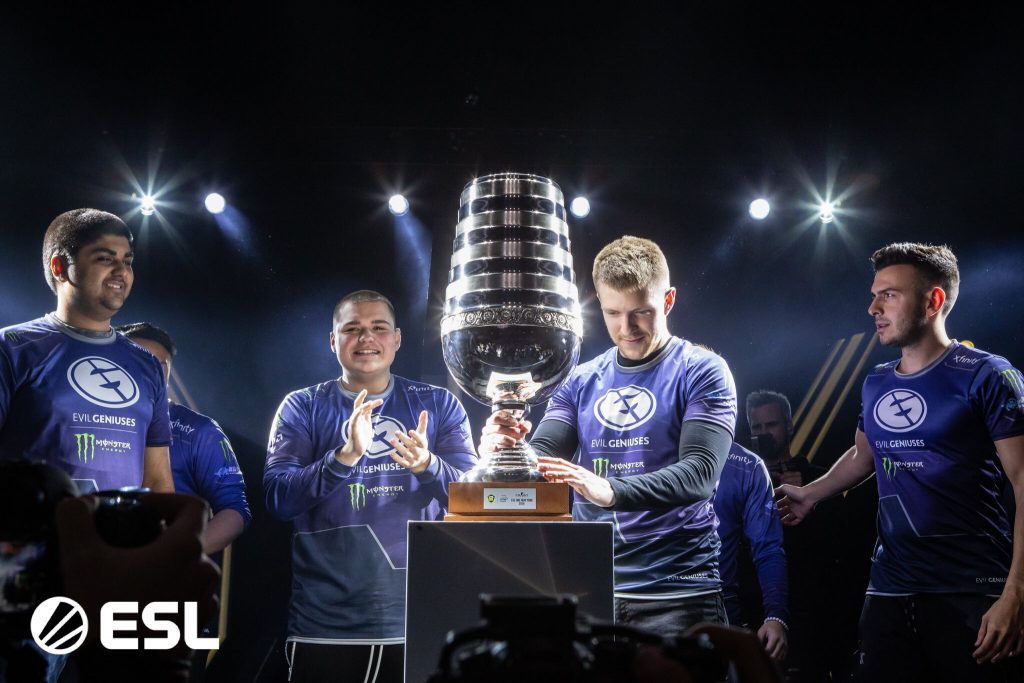 In the first event with their new org, Evil Geniuses claimed the ESL One New York Trophy (Photo via @CarltonBeener/Twitter)

ESL New York 2019 has come and gone. In the end, it was Evil Geniuses who would stand inside the winner’s circle in wake of toppling global leaders Astralis in decisive fashion.

Eight of Counter-Strikes most formidable teams would meet at the Barclays Center to compete for their share of the $200,000 prize pool and invaluable point towards the Intel Grand Slam. In the end, only one team could surface at the top – though, there were plenty of takeaways and insights to draw from as the dust settles from the tournament.

Team Liquid’s impressive six LAN win streak ended at the hands of Astralis in Berlin for the StarLadder Major, and unfortunately for them, history would repeat itself at the Barclays Center for ESL One New York.

The North American’s passage through the group stage was relatively smooth – dismantling a brittle-looking eUnited and edging out G2 in a 2-1 scoreline. All things considered, Liquid was in good form approaching the playoffs as the stage was being set for the rivalry matchup against Astralis. 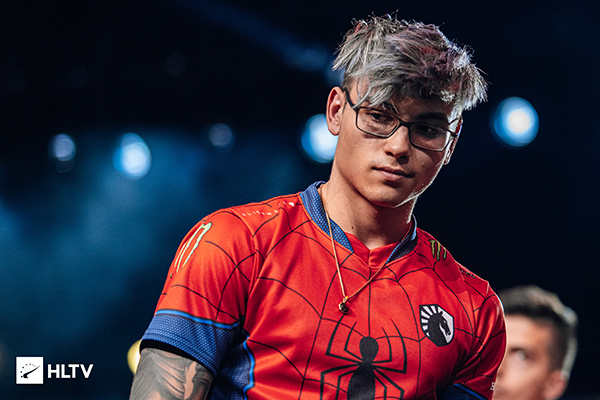 To some surprise, Vertigo would pit the two together for the first map in their clash. Liquid claimed to be quite practiced on Vertigo, but the Danes would show a level of mastery on the map that made for a one-sided affair.

Liquid would play on Dust II for their tournament lifeline and producing a spectacle for the Barclays Center audience as the NA heroes strung 15 rounds together despite a poor opening. Liquid would go on to win Dust II and fall in a narrow 13-16 defeat to the Danes on Overpass. The group will have just a few days to reconfigure before heading to Sweden for DreamHack Masters Malmö 2019 on October 1.

Just a few days prior to start of ESL One New York, FaZe Clan’s roster went under serious surgery in the form of two new recruits – Marcelo “coldzera” David and Helvijs “broky” Saukants.

With the relief of Filip “NEO” Kubski who acted as the team’s in-game leader for several months while FaZe sought after a long-term solution within the team, the responsibility once again fell on the shoulders of Nikola “NiKo” Kovač.

The band would fall hard against former NRG squad, Evil Geniuses, in their opening best-of-three with matters going from bad to worse as they faced a dispiriting 2-0 defeat to OpTic Gaming. The former MIBR superstar Coldzera would finish with one of the worst performances in his career, netting a 0.72 HLTV rating prior to elimination. Though, all the weight wasn’t on the Brazillian as many of his teammates finished in negative scorelines.

While FaZe’s debut wasn’t the explosive vault onto the scene they wanted, it doesn’t come to much surprise as the roster had formed so soon. Only time will be able to tell what this fresh mix of players will be able to do under the FaZe Clan banner.

Astralis had a mountain of momentum coming into the Grand Final. The Danes had, once again, attained their championship status by bouncing back to win the StarLadder Major Berlin.

After trouncing OpTic Gaming 2-0 in their opening match, Astralis hit a roadblock in the form of Evil Geniuses, losing 0-2 and forcing them into the decider round. The decider would be easy pickings for the Danes who were even more relentless against OpTic the second time, pitting them against Liquid in the semifinals. The clash would have its share of ups and downs, including the aforementioned 15-round streak to Dust II back out of Astralis’ hands – though, as history repeats itself, it would be Astralis advancing into the Grand Finals. 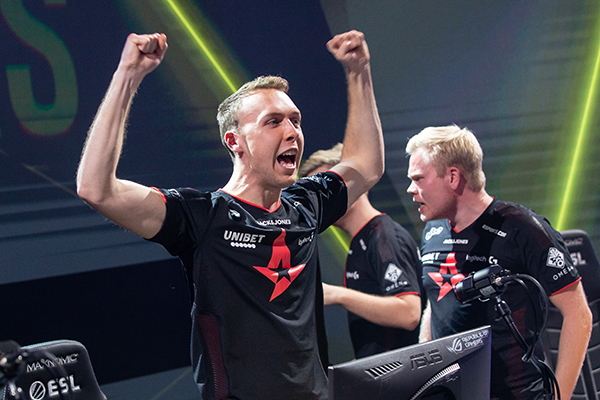 After a string of mediocre performances, Astralis has started to find their peak form again (Photo via Carlton Beener via ESL)

While Team Liquid were projected to be the crowd favorites in New York, the baton was soon passed on to Evil Geniuses as they conducted the energy at the Barclays Center. Following a dominant performance against FaZe Clan in the group stage, EG would go toe-to-toe against Astralis and defeat the global leaders in a 2-0 scoreline. Though the maps were close, it set a clear statement that EG was not just here to compete – they were here to win. The notion was underlined in their series against G2, which saw the North Americans trump the French convincingly in two maps to proceed to the grand finals.

“They’ve been great today but they’ll be even better tomorrow I already know it.” Tarik “tarik” Celik said on the official event stream, referencing Astralis and their concentration going into championship Sunday in Brooklyn. “We’re going to bring a lot of hype and a lot of confidence. We’re going to come out swinging and if they’re not ready for it, they’re going to get hit.”

And come out swinging they would.

World Champions Against the Crowd Favorites

Inferno would set things off in New York on Sunday, Astralis’ map pick and one of their strongest maps. Although, as Tarik promised, the North American company overwhelmed the Danes with pressure of all sorts – putting their thumb on them early and keeping it until the first map was over.

Map 2 would see the two international juggernauts meet on Dust II, and again, EG would enter the server with a profuse amount of energy and aggressiveness. Though matters were tight in a back-and-forth affair, several star plays from Vincent “Brehze” Cayonte and Peter “stanislaw” Jarguz would be the deciding factor in EG’s date with the Danes as they clinched the win 16-12. 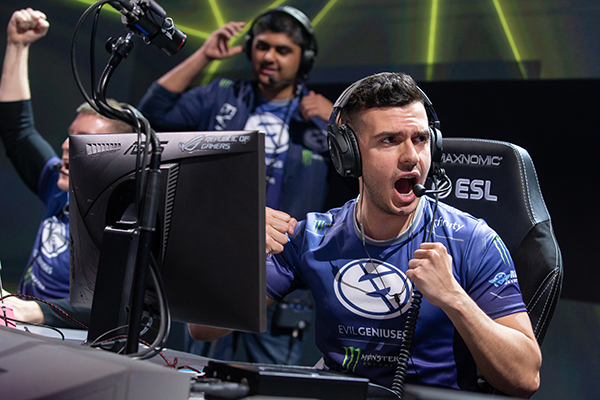 The third, and potentially final, map would see Train as the last hurdle in EG’s loss-free record in New York or the start of an Astralis comeback into contention within the series. The first half saw a strong performance from both sides, keeping the third map close as EG transferred onto the T-side with a slight lead, 8-7.

Astralis carried their velocity into the next half, forcing EG into an eco in the fourth round prior to a stunning display by Peter “dupreeh” Rasmussen and his autograph Desert Eagle handling. Though, with the crowd on their side, EG would fire back to even things out 10-10.

While the rounds were hard-fought, EG remained procedural in their approach to each round, stringing together several to bring Train to match point, but Astralis would show their tenacity in a push that forced an overtime scenario. Astralis would claw their way back from a weighty deficit to seal Train and force the fourth map.

Nuke, the fourth map, was an Astralis favored map, as the squad boasted a virtually unbeaten record in the second half of last year. As things would shape up though, Evil Geniuses was the team offering the spectacle inside of the Barclays Center, turning the tables of the status quo and earning a forceful win on Nuke to crown them as the ESL One New York 2019 champions.

With trophy in hand, Tarik took to the stage aside OJ Borg and spoke aloud: “This is only the beginning for us” in reference to the new EG squad. Prior to stepping off the stage, Tarik shared a very confident statement directed towards the Counter-Strike teams watching them from home: “We’re coming for you.”

The win was a monumental moment for both the former NRG band as well as North America as a whole. The roster’s eruptive burst into the upper realm of Counter-Strike teams has been impressive, and only further cemented by their win in New York – overcoming Astralis not once, but twice in stunning fashion.

The group is on the program at Malmö as early as next week for DreamHack Masters; Evil Geniuses will be pitted against a talent pool twice as thick and deep in the 16-team bracket that includes Astralis, Liquid, Na’Vi, Vitality, FURIA and more.