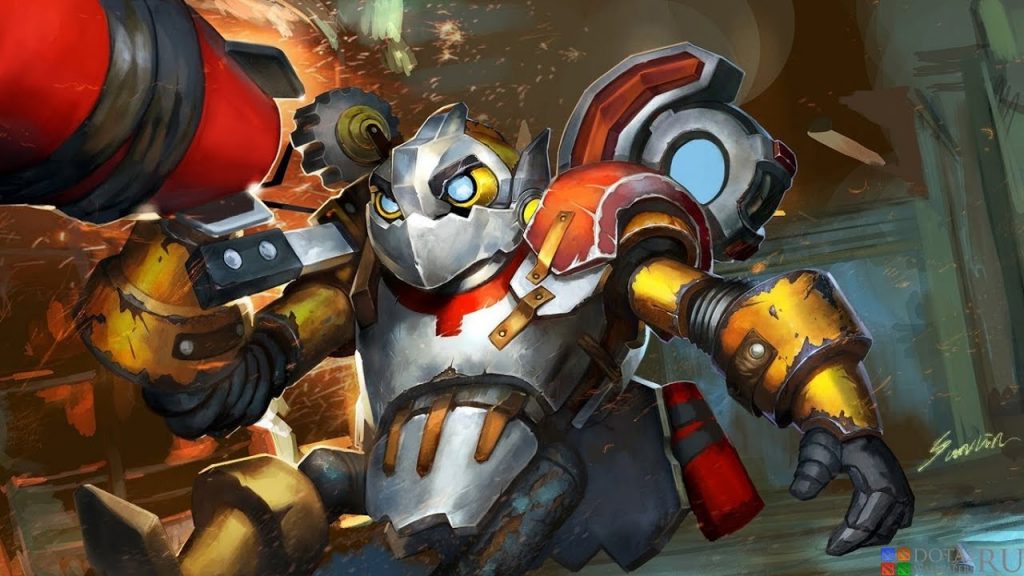 Clockwerk, who’d seen a lot of play during the OMEGA League and ESL One Thailand 2020 was top of the list of nerfs this update. (Photo courtesy Valve)

There may be tournaments ongoing, and it’s a day after what would have been the finals of The International 2020, but the ever changing face of Dota 2 never ceases. Yes, Gameplay Update 7.27d hit the client in the evening of August 26th (or the wee hours of the 27th for Europeans).

The 7.27d Gameplay Update has been released https://t.co/C6pK9tXEmI

As mentioned, the updates hits in the midst of a plethora of Dota 2 tournaments, including the OMEGA League and ESL One Thailand 2020. Inevitably, some of the most picked heroes from these tournaments are on the chopping block this patch.

Clockwerk in particular, has seen his movement speed cut by five, his rocket flare vision reduced, and some consolation buffs to his level 15 talents. These tweaks to Clockwerk will hit at a hero which has seen a lot of play in both support and off lane carry roles in competitive play. The aim here seems to mitigate some of his roaming and support potential, while keeping the carry ideal somewhat alive.

Other heroes that have graced our screens during the recent tournaments are also under the nerf hammer. Faceless Void has been hit with some strength reductions, Timelock damage reduction and a change to his level 25 talent that will see Backtrack able to be disabled with Break. Spectre also saw some damage reductions to prevent their huge scaling potential, a welcome change for those who’ve had to play against this hyper carry recently.

The big winner of this patch seems to be Silencer. The hero had seen some play in the recent tournaments, with his utility being a much needed way of shutting down carries. But with the increase in damage to his primary silencing ability, we’ll definitely be seeing more of Mr. Nortrom in upcoming games.

Some of the more notoriously mobile heroes are also due some adjustments, with Broodmother, Tiny, and Dark Seer all seeing changes to their movement speed or movement-enhancing abilities.

Overall, this update has tweaked many of the more obnoxious things to play against in both competitive and pub games, but will likely not see the most popular heroes fall completely out of favor. For full details of the patch, check out the official website.