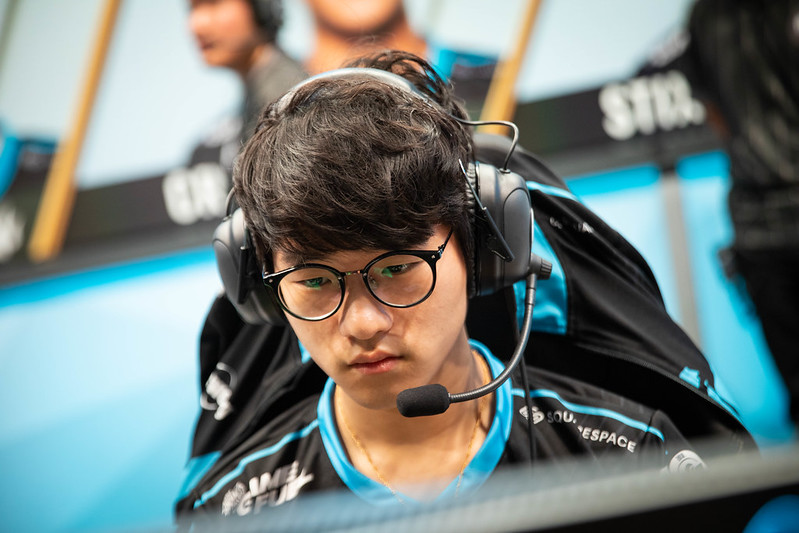 Counter Logic Gaming announced that they have parted ways with mid laner Lee “Crown” Min-ho. He was replaced in the starting lineup by Eugene “Pobelter” Park after a disappointing start to the season.

Today we are parting ways with @Crown. Thank you for your time on CLG. We wish you the best moving forward. #WeAreCLG pic.twitter.com/KX0k8JvecA

Crown played the first four weeks of the season as CLG sputtered to a 1-7 start. In addition to an obvious lack of synergy with his new teammates, Crown also posted some of the worst laning stats among LCS mid laners. At the time of his benching, Crown had the most deaths (26), lowest KDA (1.7), and lowest damage per minute (365).

Crown was a hot commodity in the off-season after a great year on OpTic Gaming. He was an MVP candidate in 2019 Summer and led OpTic to their first playoff appearance in the LCS. Crown was expected to be an upgrade over Tristan “PowerOfEvil” Schrage and to help build on CLG’s third place finish in 2019 Summer.

Crown has experienced the highest highs of professional play, winning the 2017 World Championship with the LCK’s Samsung Galaxy. He has also gone through periods of great struggle, including a disappointing performance in the 2018 World Group Stage that saw Gen.G flame out at 1-5.

CLG has only gone 1-3 since replacing Crown with Pobelter, but the team has looked much better with the change. They are coming off an upset win over TSM in week six and nearly pulled out a 50 minute game against Immortals.

Pobelter is performing better individually as well. In a limited sample size, he is averaging a 39 gold lead over his mid lane opponent at 10 minutes, compared to Crown’s 110 gold deficit. Pobelter’s 167 XP difference at 10 minutes is also top among LCS mid laners, while Crown is near the bottom at -111.

The move solidifies Pobelter’s position on CLG, but it remains to be seen what the next step will be in Crown’s career. His options as a player will be very limited coming off a benching from the last place team in the LCS. His home region of Korea has also indefinitely postponed their Spring Split, further limiting his options.